By Arshad Mohammed and Humeyra Pamuk WASHINGTON (Reuters) - It took seven years from the summer's day in 2008 when a top U.S. 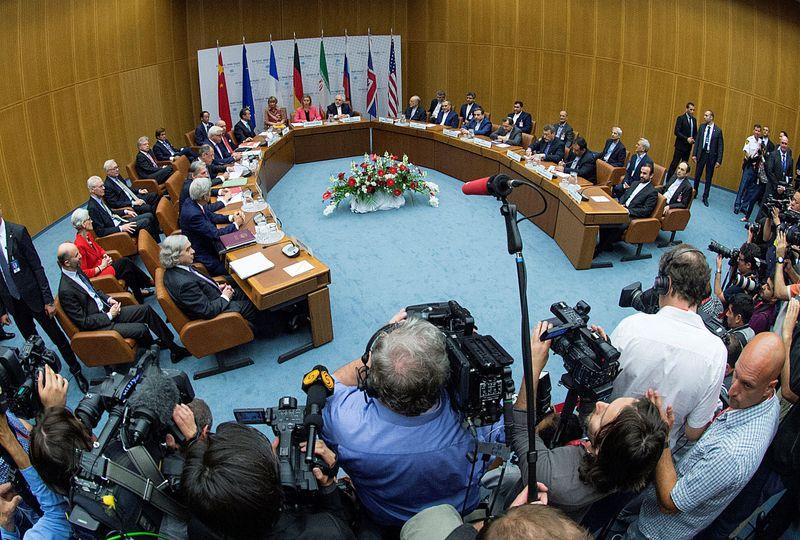 By Arshad Mohammed and Humeyra Pamuk

WASHINGTON (Reuters) - It took seven years from the summer's day in 2008 when a top U.S. diplomat first sat down with his Iranian counterpart until the two sides sealed the 2015 Iran nuclear deal that aimed to keep Tehran from acquiring nuclear weapons.

No one expects it to take as long to establish whether they can resuscitate the pact abandoned by former U.S. President Donald Trump, but U.S. and European officials say the journey will be lengthy and arduous, if, indeed, they even begin the trek.

U.S. President Joe Biden's administration said on Thursday that it was ready send to its special envoy, Rob Malley, to meet Iranian officials and seek a path back to the deal, agreed by Tehran and six major powers and named the Joint Comprehensive Plan of Action (JCPOA).

While Tehran sent mixed signals at first, Foreign Minister Mohammad Javad Zarif took a hard line on Sunday, saying: "The U.S. will not be able to rejoin the nuclear pact before it lifts sanctions."

The crux of the deal was that Iran would limit its uranium enrichment program to make it harder to amass the fissile material for a nuclear weapon - an ambition it has long denied - in return for relief from U.S. and other economic sanctions.

In theory, it should not be hard to decide how to revive an agreement whose terms are detailed in 110 pages of text and annexes.

In reality, it will be a challenge for two reasons: the scores of sanctions that Trump imposed on Iran after walking away from the deal in May 2018 and the steps Iran took, after waiting more than a year, to violate the pact in retaliation.

While both sides have so far focused in public on the question of who moves first to revive the deal - each insists that the other must do so - a U.S. official told Reuters the "sequencing" could be finessed.

"The issue of who goes first ... I don't think it's the one that's going to be the most difficult," he said.

"It's defining how each side views compliance," the official added, citing instead which U.S. sanctions might be lifted and "the question of ... the steps that Iran has taken, are they all reversible?"

After abrogating the agreement, Trump imposed scores of new sanctions on other grounds, including Iran's alleged support for terrorism.

Experts say Biden would find it politically fraught, and maybe impossible, to meet Tehran's demands that these be lifted given the likely criticism from Republicans, and perhaps some of his fellow Democrats.

"This is an issue that is very politically sensitive in the U.S. because a number of these ... were very intentionally done under terrorism authorities," said Henry Rome of Eurasia Group.

"The two negotiating teams will need to go through quite an extensive process of deciding what stays and what goes."

Another challenge is Iran's support for regional proxies, including those suspected of attacks on U.S. forces. In the deadliest such incident for almost a year, a rocket attack on U.S.-led forces in northern Iraq on Monday killed a civilian contractor and injured a U.S. soldier, making it harder for Washington to appear to offer concessions to Iran.

A further complication is the American desire to free U.S. citizens detained in Iran, an issue on which Washington has begun talks with Iranian officials, White House national security adviser Jake Sullivan on Sunday.

And while some of the steps Tehran has taken to violate the JCPOA may be reversible -- such as its enriching uranium above 3.67% and boosting its stock of low enriched uranium -- others may not. These include expertise gleaned from research and development on advanced centrifuges that would help Iran enrich uranium to the 90% weapons grade level should it seek to.

"How do you reverse the knowledge that they have gained?" asked Robert Einhorn of the Brookings Institution think tank.

The authorities in Tehran also face a delicate choice on how to respond to any overture from the Biden administration as Iran prepares for a presidential election in June, when the turnout is likely to be seen as a referendum on the clerical establishment amid growing discontent at over economic hardship.

Iran's fragile economy, weakened by U.S. sanctions and the coronavirus pandemic, has left the ruling elite with few options other than to negotiate, but the decision ultimately lies with Supreme Leader Ayatollah Ali Khamenei.

It remains unclear, however, whether the two sides can even return to the negotiating table.

Iran has threatened to scale back its compliance with the deal further starting on Tuesday, notably by halting some snap inspections by the U.N.'s nuclear watchdog.

Experts said that would not necessarily doom the chances for negotiations, but it adds to the challenges.

"Despite everything we remain in a precarious situation, which will become all the more so in the coming days," said a French diplomatic source. "It's important to revive diplomacy quickly."

(Reporting By Arshad Mohammed and Humeyra Pamuk; Additional reporting by John Irish in Paris and Parisa Hafezi in Dubai; Editing by Daniel Wallis)