By Susan Cornwell, Trevor Hunnicutt and James Oliphant WASHINGTON (Reuters) - President-elect Joe Biden is poised to get a Democratic Congress after his party's stunning success in Georgia, but his expansive legislative agenda on issues such as healthcare and climate change cannot be assured a smooth ride. Raphael Warnock's win of one of the state's U.S. Senate seats and Jon Ossoff's lead in the race for the other in Tuesday's runoff elections looked likely to give Democrats control of both chambers in Congress and the White House, although a winner had yet to be projected in Ossoff's contest. 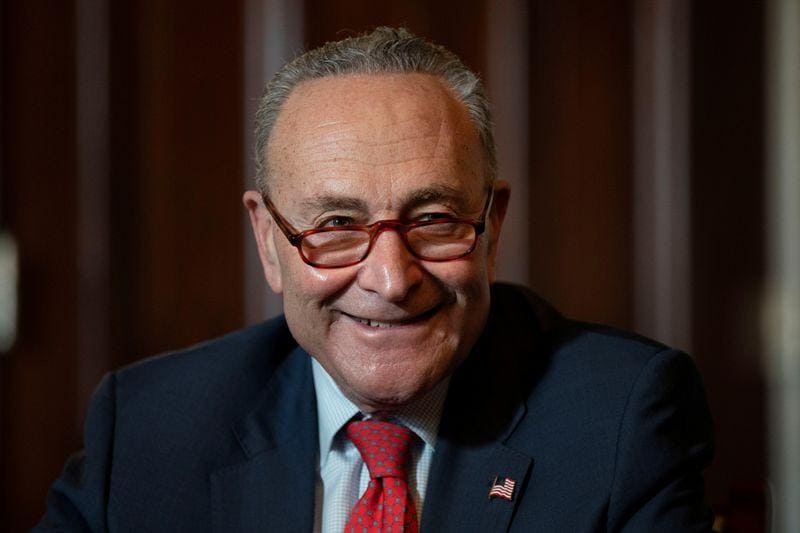 WASHINGTON (Reuters) - President-elect Joe Biden is poised to get a Democratic Congress after his party's stunning success in Georgia, but his expansive legislative agenda on issues such as healthcare and climate change cannot be assured a smooth ride.

Raphael Warnock's win of one of the state's U.S. Senate seats and Jon Ossoff's lead in the race for the other in Tuesday's runoff elections looked likely to give Democrats control of both chambers in Congress and the White House, although a winner had yet to be projected in Ossoff's contest.

Although the 100 Senate seats will be split with Republicans 50-50, Vice President-elect Kamala Harris, who will be sworn into office with Biden on Jan. 20, will serve as the tie-breaking vote on any deadlocks in her role as Senate president.

But with the Senate divided down the middle, compromise with Republicans will be necessary for Biden to get anything substantial done, and his most ambitious pieces of legislation may have to wait even though the party's progressives will push him and Democratic leaders to move ahead.

In the short term, Biden’s executive and judicial nominees will have an easier time getting confirmed, which requires only a majority vote. His administration also may be able to dodge harassing probes with Democrats taking over from Republicans the chairmanships of Senate committees.

More important, Democrats and the new majority leader, Chuck Schumer, will have the power to control the Senate calendar and which bills are brought to the floor for a vote.

That conceivably would allow Schumer, working together with Biden and House of Representatives Speaker Nancy Pelosi, to bring forward measures that might attract support from moderate Republicans or pressure others to take unpopular stands.

Schumer and Pelosi will preside over razor-thin Democratic majorities, however, leaving little margin for error and potentially emboldening Republicans to obstruct their agenda as much as possible. Even so, Schumer on Wednesday promised to deliver "bold change."

"Senate Democrats know America is hurting," he said. "Help is on the way."

Biden's transition team has focused on crafting a policy agenda that can woo moderate senators in both parties, a Biden adviser said, especially conservative Democrats such as Joe Manchin of West Virginia and Republicans such as Susan Collins and Mitt Romney who can help form the 60-vote majority necessary for most measures.

Democratic Senator Chris Coons, a close Biden ally, is among those tasked with cultivating relationships with Republicans.

Even with Democrats in control, Biden’s initial moves will be measured. He is expected to request just under $1 trillion in additional COVID-19 relief funding, a package that will include economic stimulus, support for state and local governments, and money to reopen schools and distribute vaccines.

A Biden aide said the president-elect's team believes it will be politically unpalatable for Republicans to oppose coronavirus relief, along with funds for vaccine distribution and reopening schools at a relatively modest cost.

Schumer on Wednesday said sending most Americans $2,000 checks - an effort that died in the Senate when Republican Majority Leader Mitch McConnell refused to allow a floor vote - would be a top priority in the new Congress.

Broader policy efforts that would require complex tax changes and be more politically fraught will not be an immediate priority.

Rather than tackling major tax reform such as reversing tax cuts for the wealthy and corporations, some Democrats and Biden advisers say his first step could be to beef up Internal Revenue Service enforcement to go after wealthy tax cheats who deny the United States hundreds of billions of dollars in revenue every year.

Democrats may also be able to use a process known as reconciliation to push through some budget-related items on a simple majority vote, said Sarah Binder, a political science professor at George Washington University.

In 2001, the last time there was 50-50 control in the Senate, a tax-cut package was passed using reconciliation with then-Vice President Dick Cheney, a Republican, serving as the deciding vote.

During that period, then-Senate Majority Leader Trent Lott negotiated a power-sharing agreement with the Democratic leader Tom Daschle. They agreed to accommodate both parties' interests and placed equal numbers of senators on committees so neither party had the upper hand.

McConnell may press Schumer for a similar agreement with the threat to gum up the works otherwise. But the relationship between the two has been so bitter that it may not be possible.

“If they don’t come to an agreement of how to proceed, then the slow gridlock that has been occurring would be absolutely dead stop,” said Lott, who added McConnell might work well with Biden based on their shared years together in the Senate.

During the 2020 presidential campaign, Biden spoke in sweeping terms about being a Democrat in the mold of Franklin Roosevelt, pledging action on issues such as immigration, climate change, healthcare and economic inequality.

While the tight margins in the House and Senate will make that difficult, if not impossible, some Democrats say Biden should not back down from trying to advance an ambitious agenda.

Biden plans on issuing a flurry of executive orders upon taking office on matters such as immigration, where he would reinstate the Deferred Action for Childhood Arrivals program for so-called “Dreamers” and curb deportations. On climate, he would have the United States rejoin the Paris climate accord and reverse many Trump administration environmental policies.

Yet Biden also must think about the longer term. As vice president under Barack Obama, he watched as Obama pursued an aggressive early agenda involving healthcare and climate change. In the 2010 midterm elections, Republicans seized upon those polarizing efforts to regain control of the House.

This time around, Republicans may be uninterested in cutting deals with Biden, preferring to wait Biden out in the hope they can flip control of both chambers in 2022, said Jim Manley, once a top aide to former Democratic Senate Majority Leader Harry Reid.

“I think it’s going to be a tough two years,” Manley said.