By Hamid Ould Ahmed and Lamine Chikhi ALGIERS (Reuters) - Fewer than one in four Algerian voters took part in Sunday's constitutional referendum, officials said, despite government efforts to encourage high turnout as part of a strategy to turn the page on last year's political unrest. 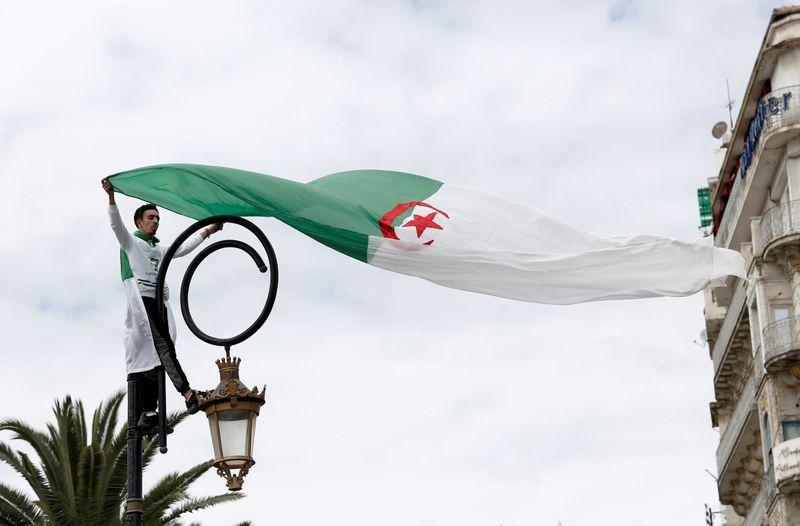 ALGIERS (Reuters) - Fewer than one in four Algerian voters took part in Sunday's constitutional referendum, officials said, despite government efforts to encourage high turnout as part of a strategy to turn the page on last year's political unrest.

President Abdelmadjid Tebboune and the powerful military had presented the new constitution as a sign that they had addressed the causes of public anger that prompted mass weekly protests for more than a year.

However, Sunday's turnout of only 23.7%, according to the election body, showed lacklustre backing for a vote that many members of the "Hirak" street protest movement had decried as a sham intended to quash their movement.

The global pandemic may have also constrained voting, with Algeria recording more than 300 new cases on Saturday.

"There is no point in voting. This constitution will not change anything," said 30-year-old bus driver Hassan Rabia, sitting with two friends at a cafe in central Algiers.

Days before the vote, Tebboune was admitted to a hospital in Germany after saying aides had tested positive for COVID-19

and a cartoon in el Watan newspaper showed a man in a polling booth looking at ballots marked in German rather than Arabic.

Though pro-government media had shown a crowd of young men in one city rushing into a polling station as soon as it opened, voting queues in the capital Algiers were small.

In the Kabylie region, a bastion of support for the "Hirak" street protest movement and centre of a 1990s Islamist insurgency, demonstrators blocked polling stations, witnesses said.

"It is 'ulac' vote here," said Said Mezouane in the village of Haizer, using the Berber word for 'no'.

Tebboune has presented the changes as partly addressing the wishes of protesters who forced his predecessor Abdelaziz Bouteflika to step down after 20 years in office.

However, their demands - replacing the ruling elite, the military's withdrawal from politics and an end to corruption - have at best only been partly met.

Many of Bouteflika's closest allies and other top officials, including his brother Said and the former intelligence chief Mohamed Mediene, as well as major business tycoons, have been jailed on corruption charges.

The new constitution includes presidential term limits and more powers for the parliament and judiciary.

However, the military remains the most powerful institution in Algerian politics, though it has played a less prominent role since Tebboune's election.

The new constitution gives it powers to intervene outside Algeria's borders, with the generals concerned about insecurity in neighbouring Libya and Mali.