By Hamid Ould Ahmed and Lamine Chikhi ALGIERS (Reuters) - Algeria on Wednesday jailed its once-untouchable spy chief, its former de facto ruler and two other figureheads of the ruling elite, as the army seeks to quell mass protests demanding a purge of old power brokers. The military court in Blida, south of Algiers, issued 15-year terms for 'conspiring against the army' and against 'the authority of the state' to Mohamed Mediene, Said Bouteflika, Bachir Tartag and Louisa Hanoune, giving them 10 days to appeal 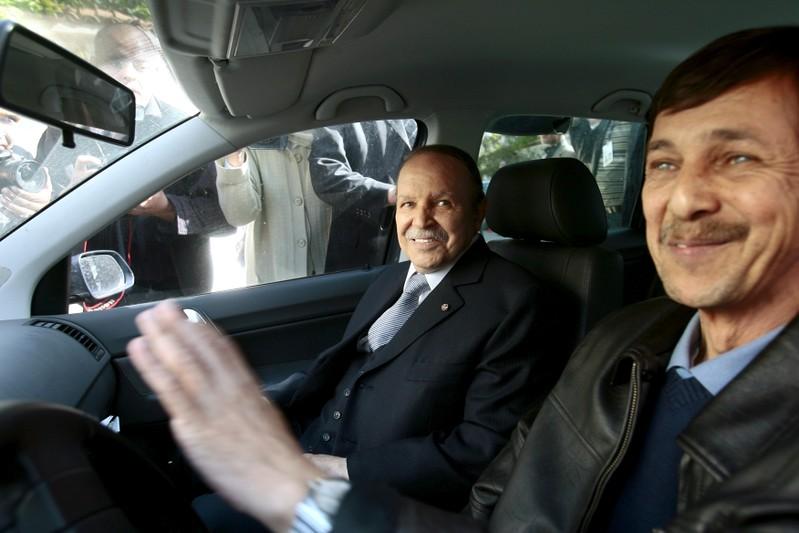 ALGIERS (Reuters) - Algeria on Wednesday jailed its once-untouchable spy chief, its former de facto ruler and two other figureheads of the ruling elite, as the army seeks to quell mass protests demanding a purge of old power brokers.

The military court in Blida, south of Algiers, issued 15-year terms for "conspiring against the army" and against "the authority of the state" to Mohamed Mediene, Said Bouteflika, Bachir Tartag and Louisa Hanoune, giving them 10 days to appeal.

It was the first judgement handed down to senior figures held during the mass protests that erupted in February after veteran former President Abdelaziz Bouteflika, the older brother of Said Bouteflika, said he would seek a fifth term in office.

They have included two former prime ministers, 11 ex-ministers and several prominent businessmen close to Bouteflika, many of them on corruption charges.

The arrests were intended to appease the hundreds of thousands of people who poured onto Algerian streets this spring to demand change after decades of unrepresentative rule and growing corruption.

But they also left the army as the main player in Algerian politics, and its chief of staff Lieutenant General Ahmed Gaed Salah has been pushing to end the protests, hoping to rally support for a presidential election called for Dec. 12.

However, tens of thousands of protesters are still marching each week, rejecting the coming election and demanding the army step back from politics. They say any vote that takes place while other senior figures of the old guard remain in power could not be fair or free.

Given the once-pervasive influence of those on trial, Wednesday's verdict is Algeria's most significant judicial act since it won independence from France in 1962 after a struggle that produced the generation of leaders who still wield power.

Mediene was reputed for two decades to be the ultimate authority behind the cloak of Algeria's government, a man whose image was never seen, but who held the fate of presidents, ministers and political opponents in his hand.

Nicknamed "Toufik", Mediene had long played the role of kingmaker in Algeria's secretive political milieu, as his domestic security apparatus grew in power during the Islamist militant insurrection of the 1990s that killed 200,000 people.

One of Mediene's lawyers, Farouk Ksentini, told Reuters Mediene was in poor health and attended the hearing in a wheelchair, but that the judge had rejected a request to adjourn after a doctor examined him.

The judge had quizzed Mediene about meetings between the four defendants in March, which Mediene said were "aimed at discussing ways to get out of the crisis, including proposing a national figure to lead a transition", Ksentini said.

In April, Gaed Salah accused Mediene of trying to undermine the transition from Bouteflika's years of rule towards a more transparent era.

In a statement published online, confirmed by another Mediene lawyer Lahcen Seriak, Mediene said: "The real plot that placed me in front of you as an accused today comes from my attempts to fight against corruption."

Said Bouteflika unofficially ran government from 2013, when his brother suffered a stroke, until April, when he was forced to step down. In 2015 he dislodged Mediene, sacking him in favour of Tartag, another of those sentenced on Wednesday. It was only during that period that a photograph of Mediene was first published in Algerian media.

The last defendant, Hanoune, was head of a pro-government political party.

The court also handed 20-year jail sentences in absentia to Khaled Nazzar, a former defence minister, and his son Lotfi, both believed to be in Spain and subject to an international arrest warrant, it said in a statement.

"The military court observed all the rights required by a fair trial," the statement said.

Meanwhile, the authorities have also stepped up pressure on protesters, detaining several senior opposition figures, increasing police levels at marches, and ordering that vehicles bringing demonstrators to the capital be seized.

On Wednesday, however, one of the detained opposition activists, Karim Tabou, was freed, his lawyer said. He was accused on Sept. 12 of "contributing to weakening army morale".

During last week's protests, demonstrators demanded Tabou's release as a condition of accepting the presidential election, along with the resignations of other senior ruling figures. The other opposition figures remain behind bars.