Ahead of Trump rally in Tulsa, new coronavirus cases set records in Oklahoma

By Lisa Shumaker (Reuters) - New coronavirus cases in Oklahoma increased by a record amount just days ahead of U.S. President Donald Trump's campaign rally in Tulsa, the biggest event in the country since pandemic restrictions were imposed in March 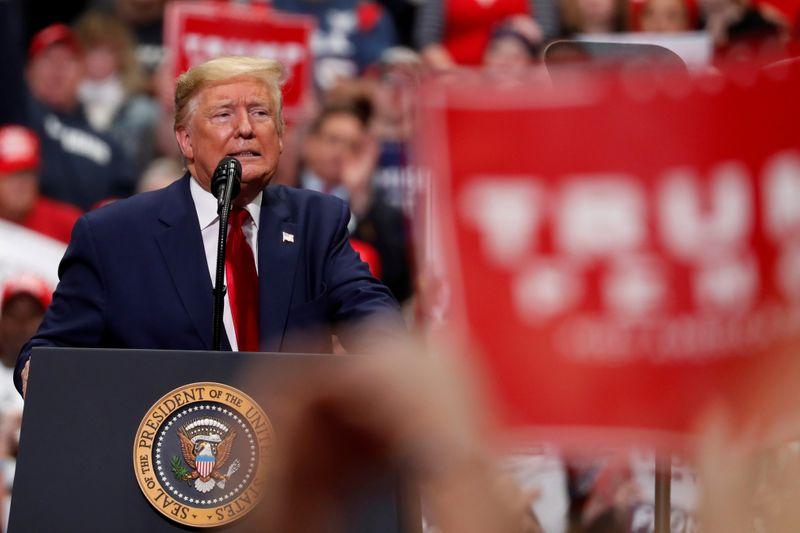 (Reuters) - New coronavirus cases in Oklahoma increased by a record amount just days ahead of U.S. President Donald Trump's campaign rally in Tulsa, the biggest event in the country since pandemic restrictions were imposed in March.

After nationwide cases trended downward for several weeks, the numbers are rising - sharply in about half a dozen states, according to a Reuters analysis.

In addition to Oklahoma, Florida reported over 2,600 new cases on Wednesday and Arizona more than 1,800 - the second-highest daily increase for both states. A day earlier, six states reported record increases in cases, including Texas, Nevada and Oregon.

Trump's campaign advisers believe his first rally in three months on Saturday night at an indoor arena will rejuvenate his base at a time when a string of national and state opinion polls have shown the president falling behind Democratic rival Joe Biden.

"Ultimately, the president doesn't ask for permission before he" goes to places, said Oklahoma Governor Kevin Stitt during a briefing on Wednesday. "So we found out that president was coming, so we are going to make sure it's the best and as safe as possible."

Oklahoma health officials are urging anyone attending the rally to get tested for the coronavirus before arriving and then to self-isolate following the event and get tested again. The health commissioner urged those over 65 or at higher risk of coronavirus-related complications to stay home.

Vice President Mike Pence on Tuesday said officials were considering other, possibly outdoor, venues for the Tulsa event. Pence pushed back against talk of a second wave of infections, citing increased testing.

In most of the states where cases are spiking, COVID-19 hospitalizations are also rising or at record highs. Unlike spikes reported in new infections, rising hospitalizations cannot simply be attributed to increased testing.

In Arizona, 83% of intensive care beds are occupied, a record high, according to a state website https://azdhs.gov/preparedness/epidemiology-disease-control/infectious-disease-epidemiology/covid-19/dashboards/index.php.

In Florida, some of the increase has been linked to reopened bars, where people anxious to get out after months of seclusion crowded together indoors, making for easy virus transmission.

Texas has also pointed to bars as one cause of its current outbreak. In Oregon, over 200 new cases are tied to events at a single church.

In New York, which had been the epicenter and hardest hit of the U.S. epidemic, Governor Andrew Cuomo touted his state's success story on Wednesday.

More than 2.1 million people have been infected with the coronavirus in the United States and over 116,000 have died from COVID-19, by far the most in the world.