After year of turmoil, Hariri returns as Lebanese premier

By Dominic Evans BEIRUT (Reuters) - A year after Lebanon was rocked by huge protests against its entrenched ruling elite, politicians have picked the same prime minister who was pushed out then to lead it out of crisis now. Saad al-Hariri, a three-time prime minister and heir to a wealthy dynasty, has been Lebanon's leading Sunni Muslim politician since the killing of his father in 2005. 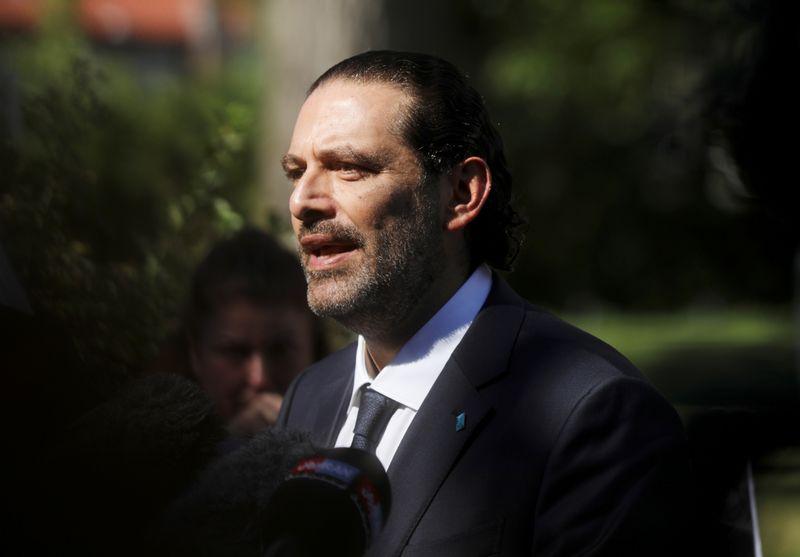 BEIRUT (Reuters) - A year after Lebanon was rocked by huge protests against its entrenched ruling elite, politicians have picked the same prime minister who was pushed out then to lead it out of crisis now.

Saad al-Hariri, a three-time prime minister and heir to a wealthy dynasty, has been Lebanon's leading Sunni Muslim politician since the killing of his father in 2005. He stood down last year when hundreds of thousands took to the streets to rally against a political class that they accuse of milking the state for decades.

At the time, Hariri said his efforts to seal agreement on badly needed reforms had hit a dead end, blocked by sectarian divisions and vested interests, and only the "big shock" of his resignation as prime minister could break the deadlock.

Nationwide protests persisted, demanding the overthrow of a political class which demonstrators blame for pillaging the state and pushing it into crisis. "All of them means all of them," they chanted.

In the months that followed, a former academic and a diplomat both struggled to lead or even form technocrat governments to steer the country in a new direction.

Almost exactly a year later, after escalating catastrophes including a banking crisis and currency crash, a dramatic rise in poverty and a huge explosion at Beirut's port, Hariri says he is the "natural candidate" to lead Lebanon.

On Thursday, he pledged to form a government of specialists "with a mission to enact economic and financial reforms" - reforms that President Emmanuel Macron of France, Lebanon's former colonial power, set out for unlocking foreign aid.

But rifts that obstructed change during his last term in office look set to plague his efforts to form his fourth government.

The two main Christian political blocs, the Free Patriotic Movement led by the president's son-in-law Gebran Bassil, and its rival the Lebanese Forces, refused to back his nomination.

The heavily armed Shi'ite Hezbollah group did not name anyone but said it would work "positively" towards forming a government. Iran-backed Hezbollah and its political allies, including the Shi'ite Amal party and the FPM, won a majority of MPs in 2018 elections.

Hariri's career was built on the patronage of Gulf Arab states, the deployment of his family fortune - spending large amounts of it in Lebanon to finance a political network - and respect among many Lebanese for his father, Rafik al-Hariri.

The early years of his political career were defined by his close alliance with Saudi Arabia and confrontations with the Lebanese allies of Syria and Iran, chief among them Hezbollah.

A U.N.-backed court in August convicted a Hezbollah member in absentia of conspiring to kill his father Rafik, a former premier who was close to the West and Sunni Gulf allies and had been seen as a threat to Iranian and Syrian sway in Lebanon.

Hezbollah denies any role in the 2005 bombing, and Saad al-Hariri has said he was seeking justice, not revenge for the killing.

Hariri formed his first coalition government in 2009 after the anti-Syria and anti-Hezbollah coalition he led at the time won a parliamentary majority with Saudi backing. That "March 14" alliance gradually disintegrated in the years that followed.

His cabinet was toppled in early 2011 when Hezbollah and its allies quit over tensions linked to the Rafik al-Hariri tribunal. In the ensuing few years, Saad remained mostly outside Lebanon on security grounds.

As the war in neighbouring Syria escalated, Lebanon became gripped by tensions linked to the conflict.

Hariri meanwhile suffered a financial blow from the collapse of his family's construction business in Saudi Arabia, hitting the finances of his political network in Lebanon.

Hariri made a series of political concessions in Lebanon that resulted in him eventually backing Hezbollah's Christian ally Michel Aoun for the presidency. The deal saw Hariri become premier for a second time in 2016.

He remained an opponent of Hezbollah but his focus was largely on Lebanon's economic troubles.

Hariri's ties with Saudi Arabia, furious at Hezbollah's expanding role in Lebanon, suffered. They hit a nadir in November 2017 when it was widely acknowledged that Riyadh had forced him to resign and held him in the kingdom.

Saudi Arabia and Hariri publicly deny this, though Macron confirmed that Hariri was being held in Saudi Arabia.