By John Irish and Kylie MacLellan UNITED NATIONS (Reuters) - British Prime Minister Boris Johnson pushed for a new negotiation beyond a 2015 nuclear between Iran and world powers after attacks on Saudi Arabia's oil facilities, bringing his country closer to U.S. calls for a tougher deal with Tehran 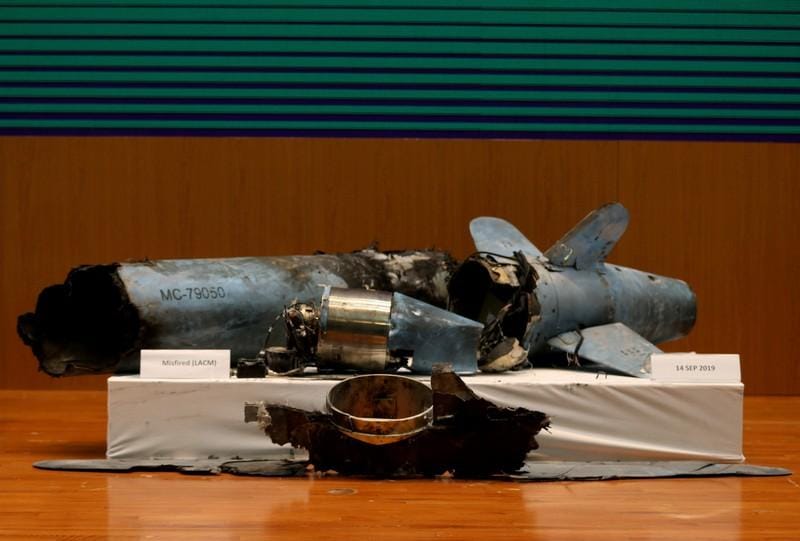 By John Irish and Kylie MacLellan

UNITED NATIONS (Reuters) - British Prime Minister Boris Johnson pushed for a new negotiation beyond a 2015 nuclear between Iran and world powers after attacks on Saudi Arabia's oil facilities, bringing his country closer to U.S. calls for a tougher deal with Tehran.

European leaders have struggled to dampen a brewing confrontation between Tehran and Washington since U.S. President Donald Trump pulled out more than a year ago from a deal that assures Iran access to world trade in return for curbs on its nuclear programme.

The United States reimposed sanctions on Iran last year and tightened them sharply this year. Iran has responded by breaching some of the limits on nuclear material in the deal and has set an October deadline to reduce its nuclear commitments further unless the Europeans keep their promises to salvage the pact.

Yemen's Iran-aligned Houthi movement, which has been battling a Saudi-led military coalition that includes the UAE, has claimed responsibility for the strikes.

"How do we respond to what the Iranians plainly did? What the UK is doing is trying to bring people together and de-escalate tensions," Johnson told Sky News as world leaders gathered at the United Nations in New York.

"Whatever your objections to the old nuclear deal with Iran, it's time now to move forward and do a new deal."

A government spokesman later clarified that Johnson still supported the 2015 pact and wanted to find a way to bring Tehran into compliance.

Johnson was already at odds on Monday morning with French President Emmanuel Macron over who to blame for the attack, blaming Tehran directly.

Those words were in stark contrast to Macron, who has been extremely cautious not to point the finger directly at Tehran, fearing that it could increase tensions.

Macron has led a European push over the summer to find a compromise between Washington and Tehran and wants to use the U.N. meeting as an opportunity to revive diplomacy.

His efforts have stalled in recent weeks, with Iran reducing its commitments to the nuclear accord, and the United States refusing to ease sanctions that have strangled its oil exports, a mainstay of the Iranian economy.

The attack on Saudi oil facilities has complicated matters. Hopes at the end of August that Trump and Iranian President Hassan Rouhani could meet at the United Nations now seem slim.

"We haven't received any requests this time, yet, for a meeting and we have made it clear a request alone will not do the job," Iranian Foreign Minister Mohammad Javad Zarif told reporters in New York. "A negotiation has to be for a reason, for an outcome, not just for a handshake."

He said there are prerequisites for a meeting - Iran has demanded the United States lift all sanctions - and then there could be a meeting between Iran, the United States, France, Britain, Germany, Russia and China - the original parties to the nuclear deal - but there would be no bilateral meeting.

Macron on Monday also appeared to distance himself from the nuclear deal saying he was not "obsessed" with it.

"France is trying to put together proposals to avoid an escalation," he told reporters.

He reiterated previous ideas that any framework for future negotiations needed to focus on keeping a system in place to monitor Iran's current nuclear programme, discuss Iran's post-2025 nuclear activities, its ballistic missile programme and its regional influence.

"We need with our allies, regional actors and Iran to sit round the table and advance on these four points," Macron said.

Trump has criticized the earlier deal, negotiated under then-U.S. President Barack Obama, for "sunset" clauses under which some of its provisions expired as well as for its failure to address Iran's missile programme and regional activities.

"He does want a new deal because the other deal was ready to expire - very short number of years left," Trump said in response to Johnson's comments.

A senior Iranian official told Reuters that demands to change nuclear deal with world powers were unacceptable and if the U.S. wanted to ease tensions, it should lift sanctions.

Macron, Johnson and Angela Merkel are due to meet on Monday to coordinate their Iran strategy ahead of likely meetings with Trump and Rouhani.

A senior Gulf official, speaking on condition of anonymity, said Gulf countries, the United States, the Europeans and others needed to engage in "collective diplomacy" to defuse tensions.