Afghanistan: Afghan police on Sunday launched a search and rescue operation two days after at least 70 villagers were kidnapped by suspected Taliban militants in the southern Afghan province of Kandahar.

At least 7 of the kidnapped villagers were found dead on Saturday, along the highway that runs from Kandahar, the largest city in southern Afghanistan, to Tarinkot, capital of Uruzgan province, a poppy-growing area where the Taliban has a heavy presence. 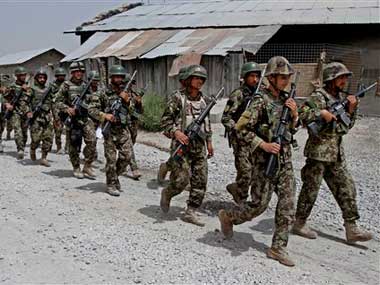 The police blamed the Taliban for the deaths.

Around 30 people were released, while 30 others were still missing, Kandahar police spokesman Zia Durrani told AFP.

No group has claimed responsibility for the kidnapping, and it was also not clear why the villagers were abducted, though some government officials have suggested the villagers might have been kidnapped on suspicion of cooperation with the Afghan government.

Civilians are increasingly caught in the crosshairs of Afghanistan's worsening conflict as the Taliban step up their annual spring offensive, launched in April against the Western-backed Kabul government.

Highways around Afghanistan passing through insurgency-prone areas have become exceedingly dangerous, with the Taliban and other armed groups frequently kidnapping or killing travellers.

In July, Taliban fighters closed a highway connecting Farah to Herat city, stopping a bus and forcing 16 passengers to leave it. They shot at least seven of them, while the remaining nine were taken hostage.