Above the Russian Arctic Circle, prisoners of Putin's pension reform

By Polina Ivanova VORKUTA, Russia (Reuters) - Russian railway worker Andrey Bugera had a singular goal: get to pension age so he can leave the polluted, frigid coal mining town above the Arctic Circle where he works and move south to live out even a brief bit of retirement in comfort. But now that President Vladimir Putin has said he plans to raise the retirement age by five years, Bugera fears this will never happen 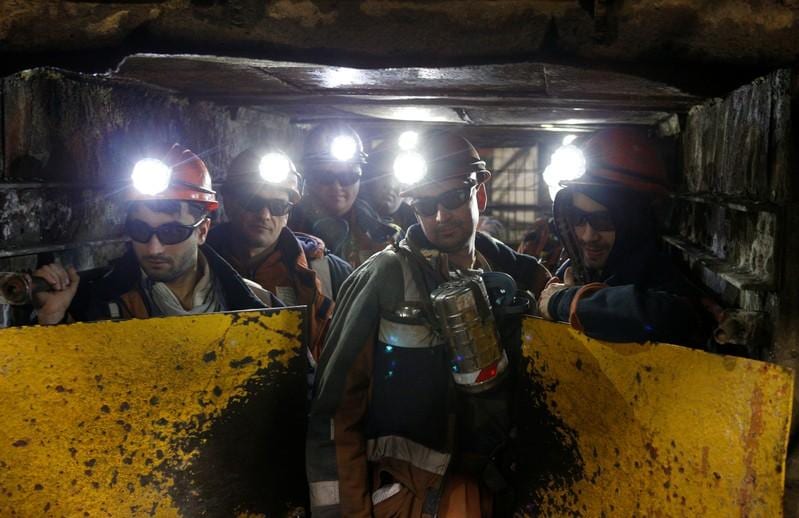 VORKUTA, Russia (Reuters) - Russian railway worker Andrey Bugera had a singular goal: get to pension age so he can leave the polluted, frigid coal mining town above the Arctic Circle where he works and move south to live out even a brief bit of retirement in comfort.

But now that President Vladimir Putin has said he plans to raise the retirement age by five years, Bugera fears this will never happen.

In his city of Vorkuta, a place so isolated it cannot be reached by road, temperatures dip below minus 40 degrees Celsius in the winter and clouds of coal dust can turn the white snow black.

Thin, polluted air, scarce sunlight and winters lasting up to 10 months weigh heavily on the average life expectancy in the city, labelled the eighth most polluted in Russia by the government last year.

In June, in the space of two weeks, three of Bugera's friends died before reaching the age of 50.

"One of my colleagues came home from his night shift and just didn't wake up. Left his family, three kids. He was 47 years old. It was his heart, a blood clot... So how can they even think about us retiring at 60?" Bugera said.

Though one long time concession in the far north has been early retirement, to help attract workers to its harsh environment, the government's planned reforms will raise the pension age by five years to 60 for men and 55 for women.

Yet males born in 2005 in Komi Republic, where Vorkuta is located, on average are expected to live to 56, government data shows, or four years short of the proposed new retirement age.

In the rest of Russia, the retirement age is set to rise to 65 for men and 60 for women making matters little better as the nationwide life expectancy for men was 66 years old in 2015, government data shows.

Two years ago, Bugera and his wife used their savings to buy an apartment in Sokol, a small, riverside town in the Vologda region, in central Russia.

They have spent their holidays there since, gradually renovating the apartment in the hope of one day leaving the Arctic.

Now, Bugera said he has given up thinking about ever leaving Vorkuta.

"With this pension reform, with everything pushed back, I feel like I'll never get out," Bugera said.

The government's decision to raise the retirement age is part of efforts to balance Russia's creaking finances after four years of weak growth made worse by sanctions but it is proving its most unpopular move in more than a decade.

Putin's vice-like grip on power is not directly threatened because he has no real challengers, but his popularity rating has slipped, and once loyal Putin voters are starting to express scorn for their rulers.

DYING IN A DYING TOWN

Around 200,000 people lived in Vorkuta in the 1980s, most coming from across the Soviet Union in search of the high wages miners in the desolate city used to earn.

Now, just four of its 13 coal mines remain, and the population has fallen closer to 70,000.

With no roads leading out of the city, it is too expensive for most residents to take their belongings with them when they leave. In abandoned apartments, furniture rots and clothes and books lie strewn across the floor.

"When I leave, I'll take my guns and my guitar, that's it. People drop everything and go," said Sergei, a coal miner, travelling to Vorkuta by train.

A doctor at a district hospital, who spoke on condition of anonymity, said she did not want to stay in a town where everything was being shut.

She was due to retire next year, and like Bugera planned to move to a home she had prepared for her family in the south.

"With this reform, probably none of that is going to happen. I don't know. But I have no more strength, will, anything, to live in a town like this. Where everything is in ruins," she said. "You walk around like a zombie."

Bugera attended protests in Vorkuta against the pension reforms. The events were relatively small, attracting around 1,000 people in July, and are expected to dwindle as the snows set in next month.

"If we don't manage to change anything with our protests... at least I'll leave some sort of base for my children," Bugera said.

A muted anger was registered in regional elections on Sept. 9, however. Vorkuta saw a turnout of just 7 percent, election commission data showed.

The presidential election, which took place in March, before the proposed pension reform was announced, saw a turnout of 50 percent.

"This pension reform has become the final straw. People have summed everything up and understood that this is the final straw for them," said former miner and security guard Alexander Golyanchuk, 37, referring to the low election turnout.

"We live in tough conditions and we don't live for very long. Now they're taking away our pensions as well?" he added.

Walking through Vorkuta, Olga Lebedeva, 47, said she previously had four years to go until her pension.