There is no fixed, formal definition of assassination. But, as with many politically charged labels, the word has taken on significance broader than any one meaning, shorthand for concerns that Trump's decision to kill General Qassem Soleimani was unethical, illegitimate or dangerous.

The Trump administration says that its strike on Soleimani was not an assassination, calling it a lawful and justifiable use of force.

Assassination is colloquially defined as a killing, or sometimes murder, for political purposes, particularly but not necessarily of a senior political leader.

Soleimani's killing seems to fit that description. He was one of the senior-most figures in the government of Iran, a country that is not formally at war with the United States. While the Trump administration's justifications have focused on halting what it says was an "imminent" attack it has also included political aims, such as changing Iran's behaviour.

But there is also a second definition.

The United States banned assassination in 1976 but did not define it. Ever since, decades of legal interpretation and precedent-setting have evolved into a legal understanding of assassination that is intricate, disputed and narrower with each administration.

Government powers to target people abroad are becoming broader as well as "more contested and more complex", said Susan Hennessey, executive editor of Lawfare, a legal affairs site. "The term 'assassination' is kind of the converse of that, an identification of where the government has exceeded its authority and violated its own ban."

Past administrations have widened that authority so substantially that "if you surveyed every legal scholar, you're probably going to see a fairly strong agreement that this is probably lawful," she said, referring to Soleimani's killing.

But that would not make his killing just, moral or wise, Hennessey stressed, only that it would fall within legal precedents set by past administrations. And any rationale remains hypothetical. The administration has presented no legal justification, raising concerns that it may have acted without first establishing the order's legality.

The gap between colloquial and legal definitions may reveal more than a linguistic issue. It parallels a growing divide between attitudes toward the appropriate use of deadly force and the US presidency's self-assigned powers to kill abroad.

Soleimani's killing, by taking those powers to new extremes, draws new attention to how they became so broad, and so cloaked in executive branch secrecy, that an act that meets virtually any colloquial definition of assassination could be considered legally permissible. 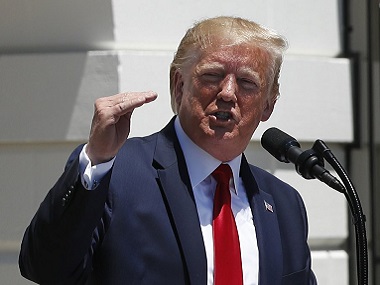 When is a killing an assassination?

It helps to look at the intent of the original ban on assassination.

In the 1970s, congressional investigations revealed a series of US plans or attempts to kill foreign leaders, provoking outrage at home and abroad. The plots were seen as violations of international norms and American values, as well as putting US leaders at risk.

Former president Gerald Ford issued an order banning the government from undertaking "political assassination" but did not explicitly define the term. Beyond the clear intention of barring more plots against foreign leaders, the order's implications were unclear.

Lawyers in the Ronald Reagan administration argued that a killing had to be unlawful in order to qualify as assassination — an interpretation that has held.

Kenneth Anderson, an American University law professor who advised the Barack Obama administration on its programme to target suspected terrorists abroad, said that, as a result, assassination came to generally mean an unlawful killing by the government.

But executive branch lawyers typically determine when the government has the power to kill someone abroad.

Beginning with Reagan, each administration has broadened those powers, in turn narrowing what the government might consider an assassination.

Those expansions often focused on terrorist threats, such as a 1984 finding by CIA lawyers that the administration could target members of Hezbollah, a Lebanese group. Hezbollah's past attacks made it an ongoing threat, they reasoned; therefore, killing its members would constitute self-defence.

The attacks of 11 September, 2001 — and subsequent public demands that presidents stop terrorists before they strike — led to ever-greater expansions, leaving Trump with a spectrum of legal interpretations and precedents to draw upon.

The Trump administration has hinted at, but not explicitly made, two legal rationales: That the general was a legitimate wartime target and that killing him was a justifiable act of self-defence.

The administration has cited, as legal authority, the 2002 Authorisation for Use of Military Force Against Iraq Resolution, which approved the invasion of Iraq. The resolution is still in place, granting legal powers as if the war had never ended.

If the administration can demonstrate that Soleimani's activities in Iraq made him an adversary in that conflict, it can call on broad wartime authority to target him, Anderson said.

The administration has mostly emphasised claims that Soleimani posed an "imminent threat" to American lives, hinting at legal precedents set by past presidents.

The George W Bush and Obama administrations concluded that they could, under certain conditions, lawfully kill someone who posed an imminent threat — or whose past actions suggested they could pose a future threat. Their findings, which drew on interpretations of domestic and international law as permitting attacks to halt imminent threats, formed the basis of much of their targeted killing programmes. However, there is evidence that the US government uses an expansive definition of “imminent,” and many dispute whether it actually meets international legal standards.

Anderson said that killing Soleimani would almost certainly have met legal standards used by the Obama administration, calling him "targetable" for his role in overseeing past proxy attacks against US forces.

The Trump administration, however, initially said its strike was to deter future attacks, not to stop one. It has provided little evidence for its claims of an imminent threat, and some officials privately say that the case is thin and may not represent Trump's actual motivation.

Although some argue that the US designation of Soleimani's military group as a foreign terrorist organisation bolsters the case for killing him, some legal scholars say that this is not relevant for determining whether he posed an imminent threat.

Killing Soleimani solely for political reasons, or in the absence of a sufficient legal rationale like an imminent threat, would open Trump to charges that the killing was unlawful and therefore an assassination.

Still, past administrations, citing secrecy, have at times presented little more legal justification than a promise that it had secured one, underscoring how far executive authority had expanded before Trump took office.

Killing Suleimani would mark a major escalation in the application of presidential authority, even if it might draw upon familiar legal justifications.

Those powers were established, Anderson said, at a time when "the circumstances were not really the same geopolitically".

Precedents set in the era of Al-Qaeda and the Islamic State are being carried over into a new world of regional power struggles and state-sponsored proxy conflict. But foreign militaries can retaliate in ways that ragtag terrorist groups cannot. And, as Trump is learning, violating the norm against killing foreign leaders can bring international isolation.

In a twist of historical irony, those expanding powers have led the United States back to the very action that the 1976 ban on assassination seemingly intended to ban: Killing a senior leader in a country with which it is not at war.

Much like the Cold War plots that inspired that ban, Trump's strike is focusing attention on the perils of unconstrained executive authority.

"Certainly this vindicates some of the concerns that opponents of the government's assertions of executive power in this area had," Hennessey said, arguing that also it showed Congress' unwillingness to check presidential power.

Critics called Bush- and Obama-era targeted killing programmes legally and ethically dubious, and argued that they set dangerous precedents. Many called the practice assassination, implying that legal rationales were baseless.

Even if legal scholars believe that past precedent could potentially clear the way for Trump's strike, some express discomfort with both the underlying law and the real-world results.

"Many of the legal issues here are contested," Ashley Deeks, a University of Virginia law professor, said on Lawfare's podcast. "Which legal framework even applies to the killing? What does it mean for a threat to be imminent? Is that even the proper test for today?"

Samuel Moyn, a Yale Law School professor also on the podcast, questioned whether, on a topic like assassination, legal definitional matters really could or should be taken in isolation.

"The reality is that law is always politicised, in this area especially," he said, adding that concerns about the legality of, say, a drone strike "are really not about the law. They're about legitimation or delegitimation of this president, or of American war, in this case or in general."

If a controversy like the legality of killing of Soleimani is treated as solely a matter of legal definitions, he added, "then we miss the point of talking about it".