A nuclear Iran is threat to the whole world: Israel

Israeli Defense Minister Ehud Barak said Saturday a nuclear-armed Iran would trigger an arms race in the Middle East and nations should impose "crippling" sanctions on Tehran to force it to give up its atomic program.

"A nuclear Iran is a threat to the whole world, not just to Israel ... Other major powers in the Middle East will have to try to reach nuclear capability, probably Saudi Arabia, probably Turkey, probably even Egypt," Barak told reporters in Tokyo. 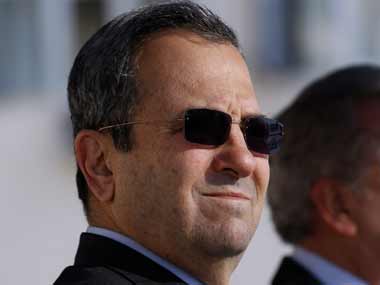 Barak said Saturday a nuclear-armed Iran would trigger an arms race in the Middle East. Reuters

"We have to accelerate the pace of imposing sanctions and make them crippling and consequential to such an extent that the leadership ... will be compelled to sit down and ... ask themselves 'are we ready to pay the price of isolation from most, if not all, of the world?'" he said.

Barak said despite Western sanctions inflicting increasing damage on Iran's oil-based economy he had not seen any sign that Tehran was ready to give up its nuclear ambitions.

Several rounds of increasingly punitive United Nations and Western sanctions against Iran have failed to persuade it to halt its uranium enrichment program.

Iran Wednesday proclaimed advances in its nuclear know-how, including new centrifuges able to faster enrich uranium and loaded its first domestically produced batch of fuel into a research reactor.

The United Nations and Western nations fear Iran is trying to obtain nuclear weapons, Tehran says its nuclear program is for civilian purposes only.

Tension between Iran and the West has mounted since November when the International Atomic Energy Agency said Tehran appeared to have worked on designing a nuclear weapon.

Israel, widely believed to be the Middle East's only nuclear power, has said a nuclear-armed Iran would be a threat to its existence. Both Washington and Israel have not ruled out military action to stop Tehran developing atomic bombs.

Barak is in Japan for talks with Prime Minister Yoshihiko Noda and ministers on issues including security in the Middle East and East Asia. He is due to leave Japan Sunday.

British Foreign Secretary William Hague said in an interview published Saturday Iran was trying to develop a nuclear weapons capability and if it succeeded it would set off a dangerous round of nuclear proliferation across the Middle East.