A knee on a neck can kill, Minneapolis homicide lieutenant says at Chauvin murder trial 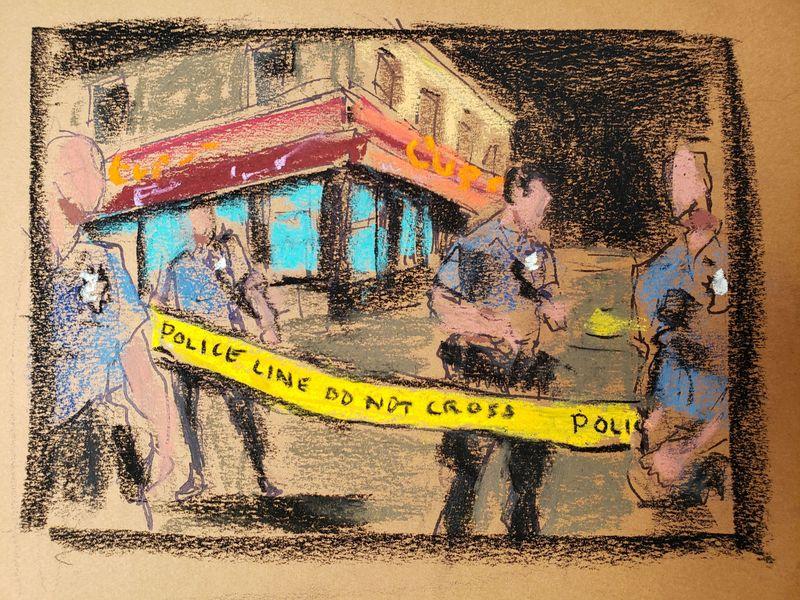 Chauvin, who is white, was fired by the city's police department the day after he was captured on video on top of a dying Floyd, a 46-year-old Black man in handcuffs, in a scene that sparked protests against police brutality around the world.

"Totally unnecessary," Lieutenant Richard Zimmerman told the jury when prosecutors asked him what he thought of Chauvin pressing his knee on Floyd's neck for about nine minutes. "If your knee is on a person's neck, that can kill them."

Chauvin, 45, has pleaded not guilty to murder and manslaughter charges. Prosecutors from the Minnesota attorney general's office called Zimmerman to testify in part to undermine a central dispute in the case: Chauvin's assertion that he correctly followed his police training.

Here are some of the most important moments from the fifth day of witness testimony:

Zimmerman, who joined the Minneapolis Police Department in 1985 and is now its most senior officer, was at home on May 25, 2020, when he was called to the intersection outside Cup Foods, where Floyd was suspected of passing a fake $20 bill earlier in the evening.

He arrived just before 10 p.m., about half an hour after Floyd had been declared dead at a downtown hospital, and said he helped ensure that evidence was properly secured and any witnesses were found.

Zimmerman said officers were responsible for the care of anyone they arrested and are trained to give first aid to an injured or distressed detainee even if they know an ambulance is coming.

He described how officers are trained only to respond to any threat with a proportionate amount of force.

"Once a person is cuffed, the threat level goes down all the way," Zimmerman told the jury after prosecutors called him to testify. "They're cuffed. How can they really hurt you, you know?"

And he warned of the dangers of leaving a person in a prone position.

"Once you've secured or handcuffed a person you need to get them out of the prone position as soon as possible because it restricts their breathing," he said.

He offered harsh testimony against the way his former colleague and other officers at the scene restrained Floyd.

"Pulling him down to the ground face down, and putting your knee on the neck for that amount of time is just uncalled for," Zimmerman said. "I saw no reason why the officers felt they were in danger, if that's what they felt, and that's what they would have to feel in order to use that kind of force."

In cross-examination, Zimmerman agreed when Eric Nelson, Chauvin's lead lawyer, pointed out that the lieutenant does not train officers in how to use restraints and that as an investigator he has to use force less often than a patrolling officer.

(Reporting by Jonathan Allen in Minneapolis; Editing by Howard Goller)