By Maria Caspani (Reuters) - Animal lovers rejoice: Mei Xiang, a 22-year-old giant panda at the National Zoo in Washington, D.C. will give birth in a matter of days, according to zoo officials, in what could be her fourth successful pregnancy. The event is a much-needed bit of good news for the National Zoo, which had to close for months because of the coronavirus pandemic. 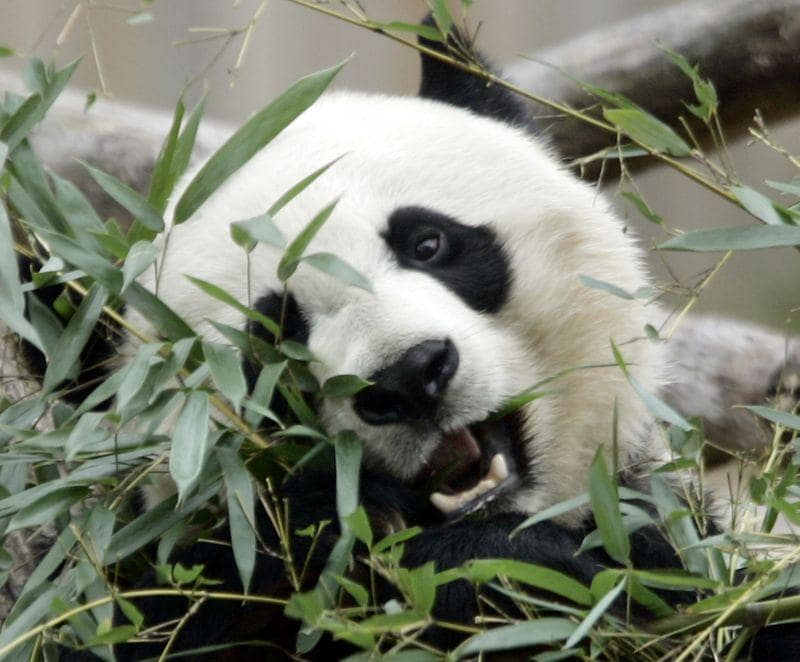 (Reuters) - Animal lovers rejoice: Mei Xiang, a 22-year-old giant panda at the National Zoo in Washington, D.C. will give birth in a matter of days, according to zoo officials, in what could be her fourth successful pregnancy.

The event is a much-needed bit of good news for the National Zoo, which had to close for months because of the coronavirus pandemic.

On Monday, the zoo posted a video of the giant panda's ultrasound on its social media channels that captured the fetus in motion and confirmed the pregnancy.

"As soon as I saw this image of the infant fetus with a beating heart and the skeletal structures, I'm like, all right, not only do we have a really good picture, but we've got movement," Don Neiffer, the zoo's chief veterinarian told Reuters on Tuesday. "Yesterday was definitely a good day."

Neiffer did not rule out that Mei Xiang could give birth to twins, which often happens with pandas, and that the zoo was preparing for the possibility.

"If two are born, then it's highly unlikely that she will raise them at the same time by herself," he said.

News of Mei Xiang's pregnancy, which the zoo first teased last week, sparked enthusiasm among animal lovers who flocked to the zoo's panda cams to get a glimpse of the expectant mother. (https://nationalzoo.si.edu/webcams/panda-cam)

"Since that announcement came out on Friday... it's blown up," Neiffer said.

Scientists at the zoo first detected fetal tissue last week after Mei Xiang was artificially inseminated in March after previous failed pregnancy attempts and despite being near the end of her reproductive lifecycle.

Due to the COVID-19 pandemic, the zoo's experts implemented special precautions to reduce person-to-person contact during the process.

Mei Xiang's last cub, Bei Bei, left Washington for China in November last year as part of a breeding program that is key to efforts to reintroduce pandas into the wild.

Thanks to reforestation to expand habitats in which the species can survive, pandas have been reclassified from "endangered" to "vulnerable" by the International Union for Conservation of Nature. There are an estimated 1,800 giant pandas in the wild.