A French woman declines COVID-19 vaccine for her sick father

By Caroline Pailliez L'HOPITAL, France (Reuters) - Fabienne Garbo's father suffers from an illness similar to Alzheimer's and was eligible for a COVID-19 shot as soon as France started vaccinating care home residents. But she has not signed the consent form 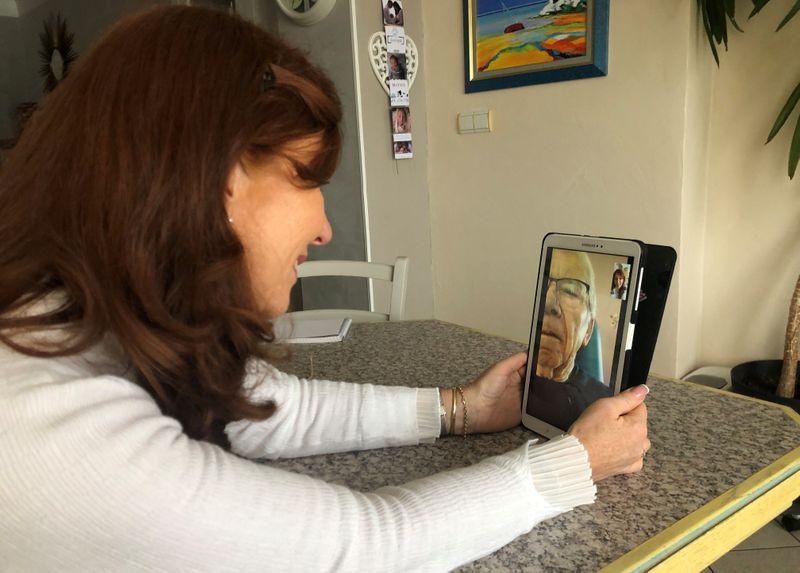 L'HOPITAL, France (Reuters) - Fabienne Garbo's father suffers from an illness similar to Alzheimer's and was eligible for a COVID-19 shot as soon as France started vaccinating care home residents. But she has not signed the consent form.

Claude Garbo, 86, frequently fails to recognise his daughter and struggles to converse, reacting at times to German words after a life mostly spent in France's eastern Lorraine region.

He is unable to convey if he wishes to be inoculated against a disease that has killed more than 22,000 care home residents in France - nearly a third of all deaths. So his daughter Fabienne has decided for him.

She told Reuters the development of coronavirus vaccines had been rushed by big pharmaceutical firms and might do more harm than good, with too many unanswered questions about potential side-effects and their efficacy against new variants.

"I prefer to be cautious and protect my father rather than give him a vaccine about which we still know little," Garbo said. "He risks catching the virus but it would be like any other disease."

Although France wants shots delivered faster than manufacturers and the state can supply them, the vaccine's early rollout has been bogged down in red tape and onerous processes meant to reassure a dubious public.

Refusal rates in nursing homes are at about 10%, according to the FEHAP care home federation. But the inability to inoculate all residents risks delaying the lifting of tight restrictions on outside visits and social interactions between residents.

Citizens have to give their consent to a doctor before they are inoculated against the coronavirus. A family member or legal custodian must do so for those who cannot.

Fabienne Garbo said she had scant faith in a mainstream medical establishment that scaremongered the public and was too close to pharmaceutical companies.

"Are we not entering into a deep paranoia over this virus?" she asked.

'PROBLEM FOR THE CONSCIENCE'

The World Health Organization has stressed the importance of rigorous checks on the effectiveness and safety of vaccines.

Based on published vaccine trial data generated so far by Moderna, the BioNTech-Pfizer partnership and AstraZeneca, side effects have not been serious or long-lasting.

Supporters of the vaccine for nursing home residents say it not only shields some of the most vulnerable from becoming sickened by COVID-19, but will also allow them to be hugged by loved ones again and socially engage with others.

Families that refused COVID-19 shots for a relative with dementia typically did so because of their own prejudices, said Louis Matias, a representative of the FEHAP federation.

It raised questions about how those who were not vaccinated would be cared for in the months ahead, including whether they should be segregated and denied access to visitors when homes re-open, he said.

"That will be a problem. A problem of organisation, and a problem for the conscience," he said.

Doctors say the separation from family and a lack of physical contact is taking a toll on the elderly.

Garbo said she and her mother had often differed over vaccine safety after her mother fell ill following a flu jab. But on this occasion she had persuaded her mother it was right to refuse the vaccine.

Asked what her father would have done, Garbo replied: "He would listen to his doctor. I've not had the opportunity to ask him."