A view of unusual empty embankment during evening rush hour outside the Kremlin in Moscow, Russia, Wednesday, April 1, 2020. The Russian capital has woken up to a lockdown obliging most people in the city of 13 million to stay home. The government ordered other regions of the vast country to quickly prepare for the same as Moscow, to stem the spread of the new coronavirus. The new coronavirus causes mild or moderate symptoms for most people, but for some, especially older adults and people with existing health problems, it can cause more severe illness or death. (AP Photo/Pavel Golovkin) 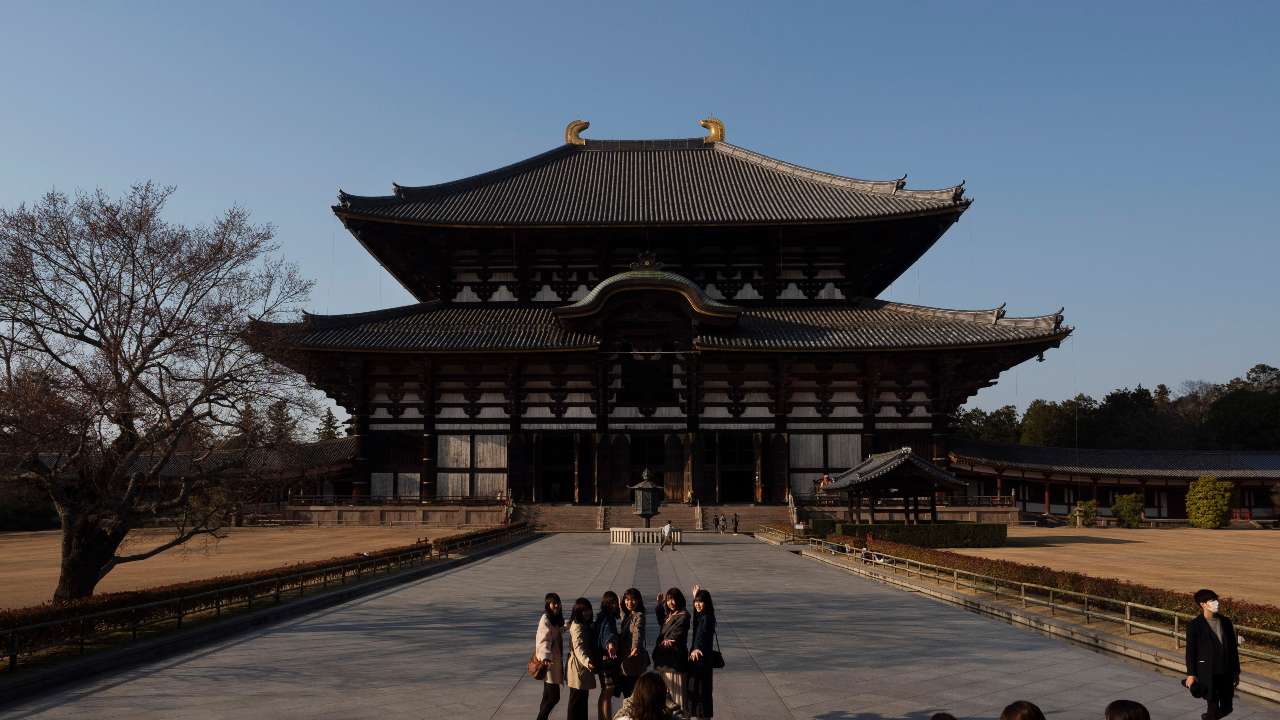 Tourists pause for photos in front of Todaiji temple’s main hall in Nara, Japan in 17 March 2020. Nara was among the first Japanese town hit by the COVID-19 in late January when a tour bus driver tested positive and became the first Japanese patient. He was infected after carrying tourists from Wuhan, China. Image credit: AP /Jae C. Hong 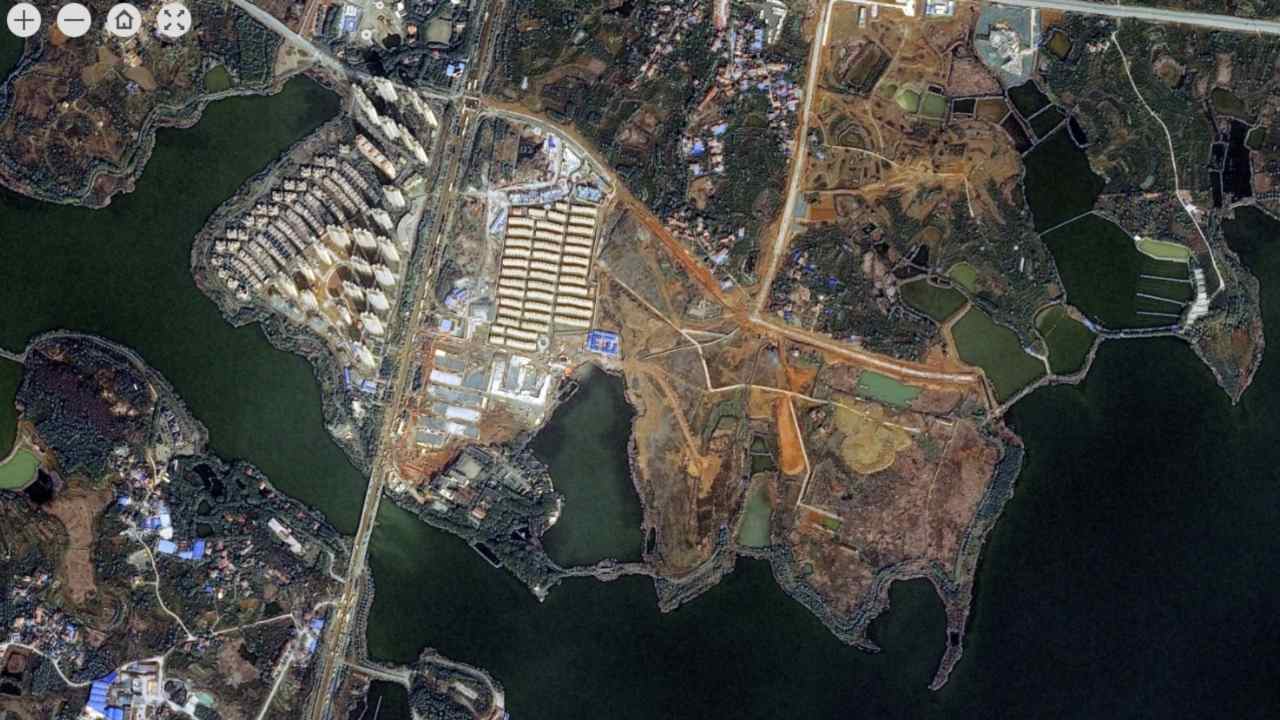 Satellite image of the site of the temporary hospital that the Chinese set up, in February, in a span of 10 days. Two hospitals were built in a panic to deal with the overwhelming number of coronavirus infected patients that came from Wuhan, China. The first case was detected in December 2019. These hospitals offered an extra 2,000 hospitals beds for the sick and dying. They have now been shut down since the cases in China has drastically dropped in number. Image credit: CENS/AIRBUS The usually crowded Connaught Place in the Indian capital Delhi is a central shopping area, but of late, it has been wearing a deserted look. India has gone into a 21-day lockdown to prevent the spread of coronavirus. Around 1.3 billion people are stuck at home, only getting out of their houses for essential trips to buy groceries and medicines. Image credit: AP Photo/Satish Sharma 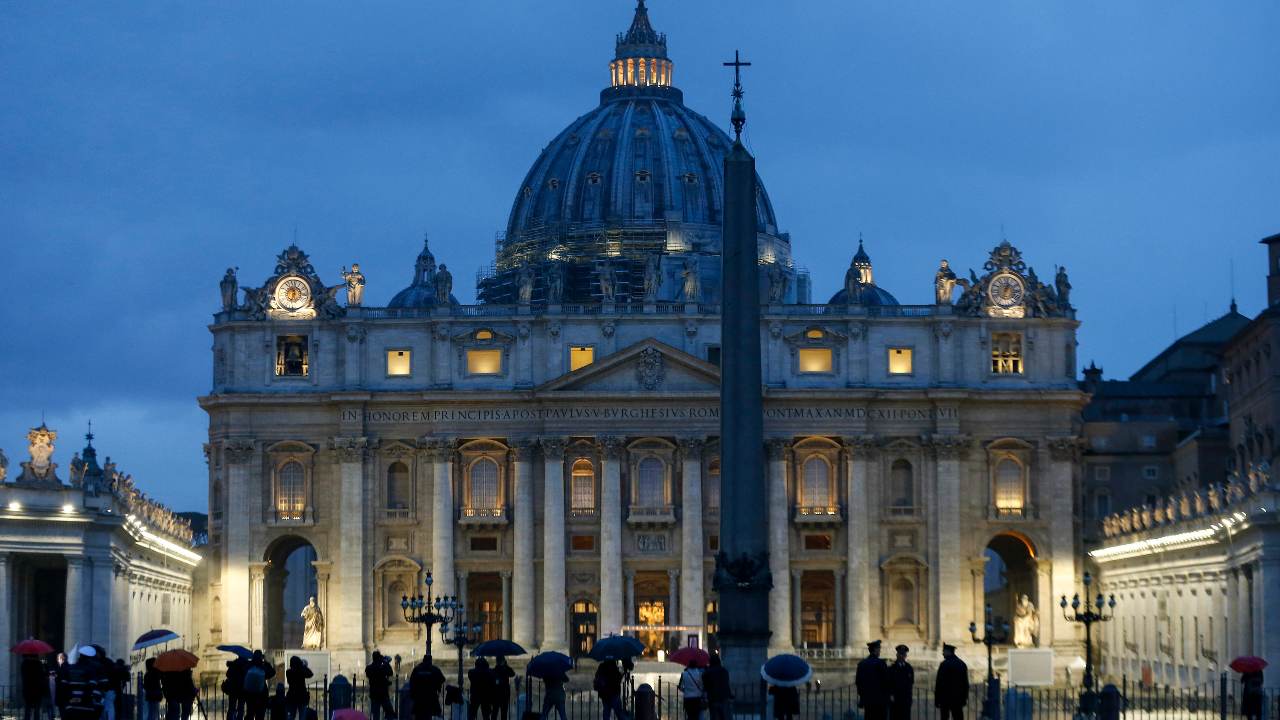 The Pope offers the Urbi et Orbi Prayer (Latin for to The City and To the World) at the St Peter's Square in the Vatican. The square is desolate as Italy is fighting one of the highest numbers of coronavirus cases in the world, only second after the USA. Pope Francis has likened the virus to a storm laying bare illusions that people can be self-sufficient but instead we realise that we all are fragile and need the help and comfort of each other. Image credit: Cecilia Fabiano/ LaPresse A satellite image of The Great Mosque and Kabba in Mecca, Saudi Arabia on 3 March 2020. The religious area was reopened on 7 March after a series of measures were undertaken to combat the spread of coronavirus. Saudi authorities had suspended the year-round Umrah pilgrimage, where devotees circle the Kabba seven times and closed the area around the Kabba as well. Image credit: Maxar Technologies Planes grounded at the Paris-Charles De Gaulle Airport on March 27. France has gone under locked and will remain closed till 15 April in order to stop the spread of the novel coronavirus. Image credit: Twitter/Maxar Technologies

A satellite view of the Praça do Comércio in Lisbon, Portugal March 2020. Portugal has declared a state of emergency for 15 days and has given all the migrant and asylum seekers full citizenship rights in order to give them access to healthcare. Image credit: Twitter/Maxar Technologies 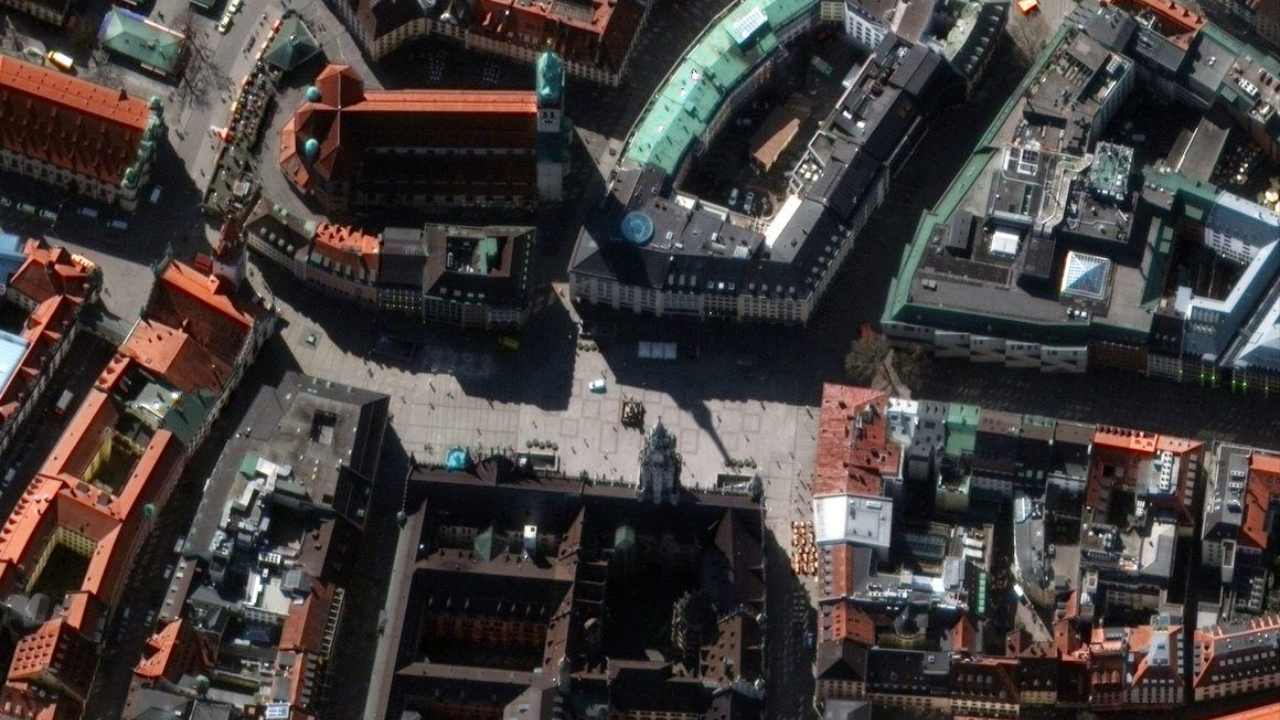 A satellite images showing the Marienplatz, Munich's central square in Germany from March 2020. The country has a high infection rate but the number of death is very low as they have been conducting widespread testing. Germany was one of the first countries to develop a reliable method for testing for COVID-19 as healthcare is administered at the state level and it does not have a restrictive central regulatory body. Image credit: Twitter/Maxar Technologies A satellite image of the empty Duomo di Milano in Milan, Itlay in March 2020. Itlay has the second-highest number of infected patients and the highest number of death rates due to a larger population of older people who are more susceptible to being infected. The country's health care system is buckling under the pressure of providing care to all its citizens. Image credit: Twitter/Maxar Technologies 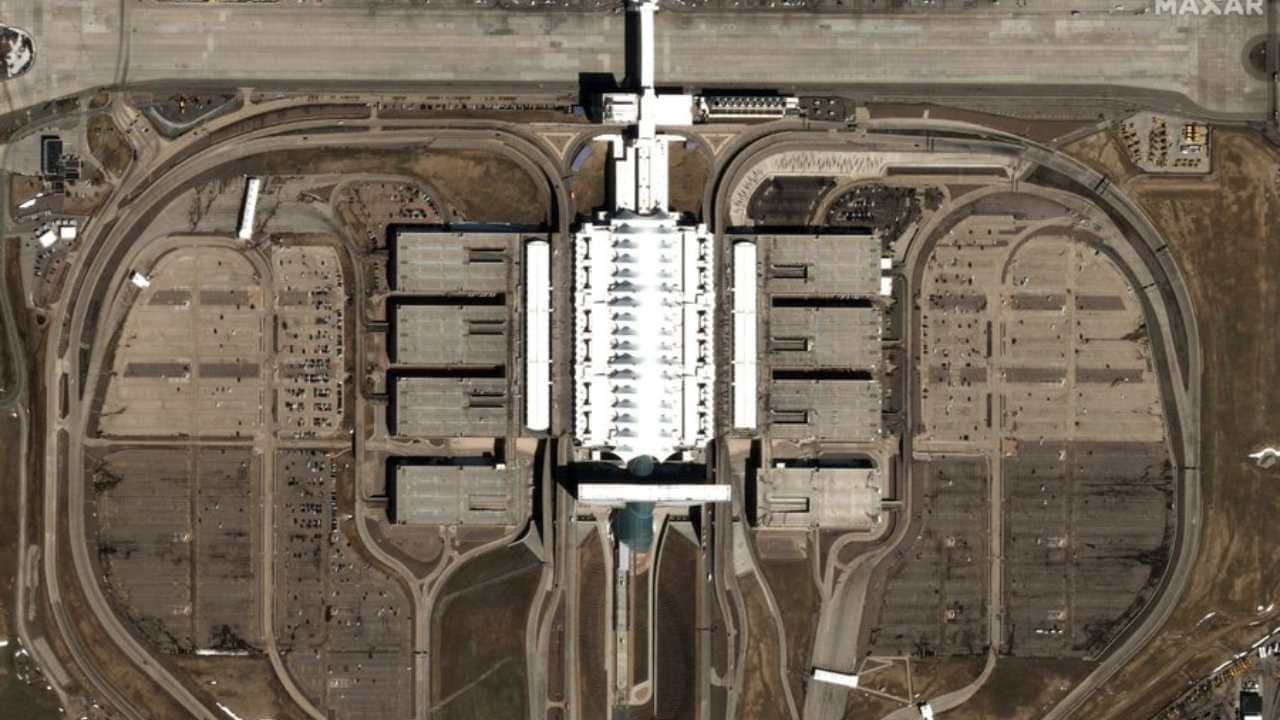 A satellite view of the Denver International Airport March 24, 2020. An initial 15-day lockdown has been extended till 30 April. While the President had plans to re-open the country, his recent statement show just how dire the situation is in the US. Image credit: Twitter/Maxar Technology The usually overcrowded Times Square is now deserted as the USA faces the highest number of coronavirus infection cases in the world. The country is under lockdown as the COVID-19 continues to spread. Image credit: AP Photo/John Minchillo, File