A computer server haunted Clinton in 2016. Now it may be Trump's turn

By Brad Heath WASHINGTON (Reuters) - As a presidential candidate, Donald Trump repeatedly attacked his Democratic adversary Hillary Clinton in 2016 over her use of a private computer server for official emails when she was U.S. secretary of state. Now the Republican president has his own server problem as he seeks re-election to the White House in 2020. 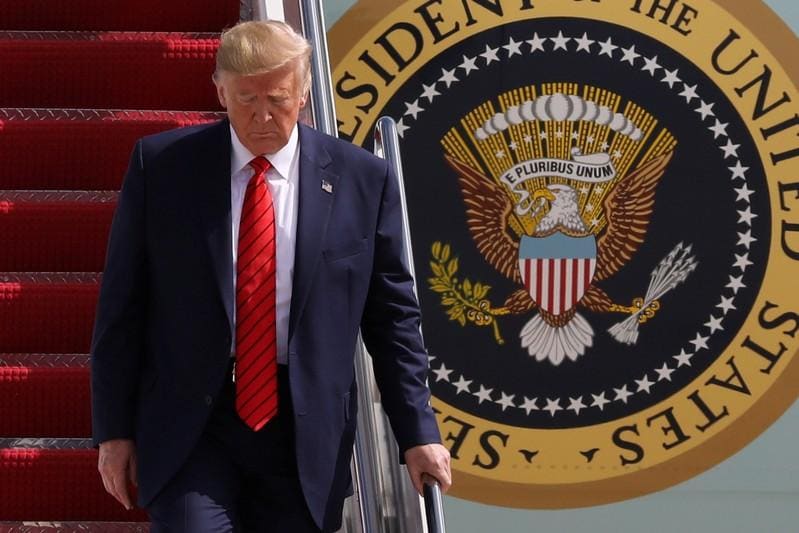 WASHINGTON (Reuters) - As a presidential candidate, Donald Trump repeatedly attacked his Democratic adversary Hillary Clinton in 2016 over her use of a private computer server for official emails when she was U.S. secretary of state.

Now the Republican president has his own server problem as he seeks re-election to the White House in 2020.

A whistleblower's complaint that has led the U.S. House of Representatives to open a Trump impeachment inquiry accuses White House officials of trying to conceal “politically sensitive” information about Trump's July 25 phone call with Ukrainian President Voldymyr Zelenskiy by moving it to one of the government’s most sensitive computer systems.

The whistleblower, in the complaint made public on Thursday, said White House lawyers directed officials to remove the call summary from the classified computer system, or server, where the administration normally stores those records to try to “lock down” access to the information.

Transcripts of presidents’ phone calls are normally stored on a classified White House computer system accessible to “at most, a low double-digit number of people,” said Larry Pfeiffer, director of the Michael V. Hayden Center for Intelligence, Policy and International Security in Virginia.

Moving the transcript to an even more restrictive system – one normally used to store information about specially sensitive government secrets – would be “unusual given the contents of that call,” he said.

The White House did not respond to a request for comment about this story. Reuters was unable to corroborate the allegations about the server.

According to the complaint, White House officials said they were discussing how to protect the contents of the call “because of the likelihood, in the officials’ retelling, that they had witnessed the President abuse his office for personal gain.”

Under pressure after news of the whistleblower's complaint emerged in media reports, the White House on Wednesday released the call summary. The House Intelligence Committee demanded the complaint and on Thursday released it to the public.

The whistleblower's accusation opens up a potential line of attack by his political opponents on the campaign trail.

Trump hammered Clinton during the 2016 campaign for her use of a private server to store sensitive government emails. The FBI investigated whether Clinton had mishandled classified materials and recommended against charging her with a crime despite concluding there was classified information among the emails she sent and received.

Clinton has denied sending or receiving classified information on her unsecured private email account. A spokesman for Clinton did not immediately respond to a request for comment on Thursday.

Trump has dismissed the whistleblower complaint as a “partisan hack job.”

Intelligence Community Inspector General Michael Atkinson told Acting Director of National Intelligence Joseph Maguire in August that his office’s review had found signs "of arguable political bias” by the whistleblower but concluded after a brief review that the account appeared both urgent and credible.

The complaint said White House officials had told the whistleblower it was “not the first time” Trump’s aides had moved a transcript of one of his conversations to the more-restricted computer system “for the purpose of protecting politically sensitive – rather than national security sensitive – information.”

"One White House official described this act as an abuse of this electronic system because the call did not contain anything remotely sensitive from a national security perspective," the whistleblower wrote in the nine-page complaint.