A Christmas journey from olive orchard to Nativity carving 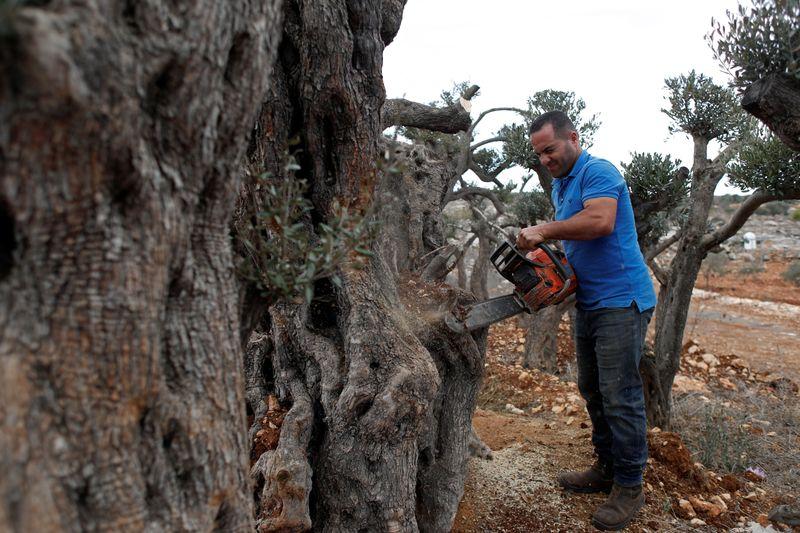 BETHLEHEM, West Bank (Reuters) - As Christmas pilgrims pore over the intricately carved Nativity scenes in Bethlehem shop windows, few pause to consider that some of the wood used comes from olive trees older than the events of the ancient story they depict.

The lacquered wooden manger displays are some of the most popular souvenirs bought by tourists visiting the West Bank Palestinian town that is by tradition the birthplace of Jesus.

Costing anything from $2 to $70,000 depending on size and quality, they are carved by some 125 workshops in and around Bethlehem, each putting its own distinctive stamp on the figurines of Jesus, Mary, Joseph, the shepherds, the Three Wise Men and angels.

Maher Canawati, CEO of The Three Arches, a family-run business that dates to the 16th century, said an American bank last year paid him $120,000 for a particularly large display to be installed in its lobby.

Canawati, 41, said the olive trees can be more than 2,000 years old, but his industry faces heavy fines if a healthy tree felled. The figurines are carved from branches cut off during the pruning season in November and December, he said.

And the large trunks used for the Nativity scenes are usually from trees that have been moved for new buildings or roadworks, and that failed to "take" in their new location.

"We wait two seasons to make sure they are dead, that there is nothing green on them, before we cut them down," he said.

"Olive trees are holy trees for us, and we try as much as possible to turn all the trees that we cut down ... into eternal artefacts."