Washington: A powerful 7.2-magnitude earthquake struck the east of the Central Asian country of Tajikistan on Monday, US experts said, while the impoverished country's government said no casualties were reported.

The tremor hit at 7:50 GMT some 109 kilometres (67 miles) west of the town of Murghob at a depth of 28 kilometres, the US Geological Survey said. 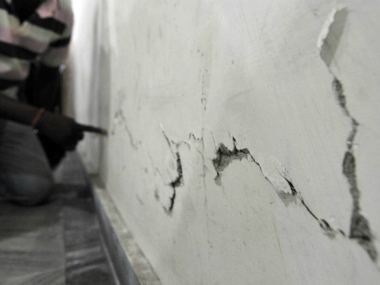 The epicentre was located in a remote area some 345 kilometres east of the capital Dushanbe, it added.

Tajikistan's emergency situations committee told AFP there had been no reports of casualties and that a rescue team had been dispatched to assess possible damage to housing.

The Tajik seismological service reported that the epicentre of the quake was just 22 kilometres from the high altitude Lake Sarez.

Sarez, formed following an earthquake in 1911 and containing some 17 cubic kilometres of water, is considered a major threat to the region if its dams break as a result of seismic activity.

Shakarbek, a 50-year-old resident of the region's biggest city, Khorog, told AFP that the quake jolted residents but there was "no major panic and no visible damage."

The quake was also felt in the capital of neighbouring Kyrgyzstan and Kazakhstan to the north, northern parts of Afghanistan to the south as well as nearby Pakistan and India, but no damage was immediately reported.

"I felt the windows moving and that only happens when there's an earthquake. The room was swinging," said Sara Seerat, a lawyer in Pakistan's capital Islamabad, where workers voluntarily evacuated office buildings.

Indian television showed residents in Delhi and Srinagar rushing into the streets.