Cape Town: Around 450 guests will be allowed at the burial site during former South African president Nelson Mandela's funeral, the government said Saturday.

These guests include Mandela's family members, who have been accredited to move to the actual burial site, where the AbaThembu clan will conduct a traditional ceremony, Xinhua quoted Minister in the President office Collins Chabane as saying while giving an update on preparations for the state funeral.

Most of the people attending the funeral will not be able to go to the burial site, Chabane said. 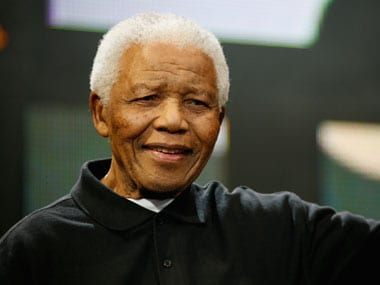 The arrangements that are in place at the Mandela family homestead in Qunu, Eastern Cape make provision for about 4,500 people to attend Sunday's State Funeral Service in a marquee on the family property.

The funeral service will be broadcast live on television to allow millions of people both in South Africa and around the globe a chance to follow Mandela's final journey to his resting place.

"We appeal for respect for the former president's final resting place and for all to be sensitive to this culturally significant site of the AbaThembu clan," Chabane said.

Mandela's body, flown from Pretoria to Qunu earlier in the day, will be in his bedroom on the second floor of his homestead for the night.

Mandela, South Africa's first democratically elected black president, died of illness at his Johannesburg home Dec 5 at the age of 95.