Kabul: A total of 14 people were killed and 26 others injured as a passenger bus turned turtle in the northern Baghlan province in Afghanistan on Sunday, a local official said. 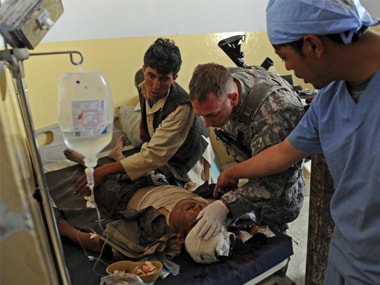 "A passenger bus was heading from the northern Mazar-e-Sharif city towards Kabul but due to reckless driving turned turtle in Kilagi area of Dushi district, Baghlan province, leaving 14 people dead and 26 others injured," the official told Xinhua but declined to be identified.

Shamsudin Sarhadi, the governor of Dushi district, confirmed the incident.

Head of a hospital in Pul-e-Khumri, the capital of Baghlan province, Mohammad Anwar has confirmed that 14 bodies and 26 injured persons, including women and children, had been brought to the hospital.