What was kept under wrap for the past two years has now suddenly exploded on the world wide web with the album slated for a September 2011 release. The first single from the untitled album, Miracle Worker has obvious reggae influences. The second, Satyameva Jayate, is an original A.R. Rahman composition with Mick Jagger and A.R Rahman singing in both English and Sanskrit, while the rest of the artistes on the track sing only in English. 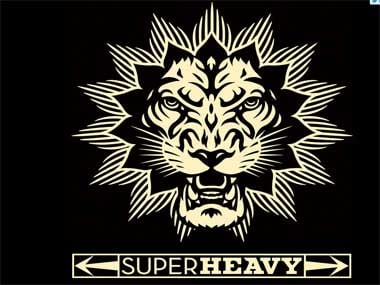 Screengrab from The official site of Superheavy

In an interview to Beatweek Magazine, Stewart explained the nature of the music. He said, “We have eighteen songs recorded and mixed over a period of two years. It’s funny because it's a world mixture of musicians, England, Jamaica, rock, blues, whatever, but it doesn’t sound anything like world music. I love loads of ethnic music, but this sounds kind of tough and sort of edgy and bluesy, with Indian and Jamaican beats. I haven’t heard anything like it so it’s hard to explain it, but I think people from all different walks of life will like it.”

According to Sunil D’Sa, Vice President marketing, Universal Media, Satyameva Jayate is not a patriotic song. But whether the release was intentional or not, it’s the perfect time for the song with Independence Day just around the corner.

Mick Jagger confirmed the news to NME. Jagger says, “We’ve got one song in Urdu, I managed to do one line in Urdu, only one! It’s not world music per se, a Woman festival kind of thing. It’s a much more accessible style, a lot of dancey things.”

Without any wishful allegiance to world music, time will only tell how powerful their music will be in the future. As of now, why not listen to Satyameva Jayate...