A private member's bill is introduced by an individual member of the legislative, as opposed to a party. He/She may belong to the party in power or the Opposition. 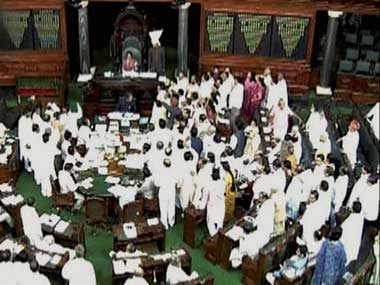 In India, of the 300 odd Private Members’ Bills introduced in the 14th Lok Sabha, barely 4% were discussed. PTI

A member who wants to introduce a bill has to give prior notice of one month, with a copy of the an Statement of Objects and Reasons, unless the speaker permits a shorter notice. If the bill accompanies the President’s recommendation, if necessary, the period of notice is calculated from the date of receipt of the recommendation in Lok Sabha Secretariat.

Once the bill is drafted, it is circulated among members of the Lok Sabha two days before its introduction.

When the bill is tabled in the house, by convention, the motion is not opposed. There have been exceptions, however. A member cannot introduce more than four bills during a session. And while a bill is pending, a similar bill cannot be admitted.

Generally most private bills don't even reach the discussion stage. In India, informs Wikipedia, “of the 300 odd Private Members’ Bills introduced in the 14th Lok Sabha, barely 4% were discussed; 96% lapsed without even a single debate in the House. Till date, Parliament has passed 14 Private Members’ Bills.”