For a nondescript corporal in the highly sophisticated Israeli Defence Forces, it is a heavy price that his country is paying to secure his freedom.

Israeli soldier Gilad Shalit first became news when he was abducted by the Hamas in June 2006 during their summer war with the Jewish state. After years of negotiations and reasoning whether the soldier's freedom should be secured, Israel finally agreed upon an Egypt-brokered swap deal. 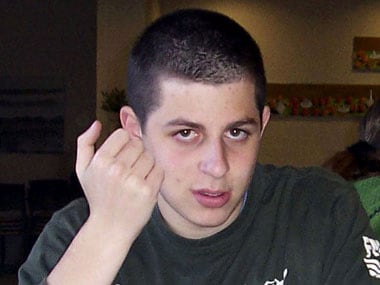 Israel's decision to release 1,027 convicted terrorists is termed as a "national suicide". There is also the fear that Hamas and Hezbollah may adopt kidnapping Israeli soldiers as their strategy.

It may be recalled that then Israeli prime minister Ehud Olmert had declared that there would no negotiation with Hamas to seek Shalit's release, The Jerusalem Post said. This, however, changed soon as he negotiated with Hezbollah for the bodies of Eldad Regev and Ehud Goldwasser and began negotiating with Hamas for Shalit's freedom.

The Washington Post reported that 25-year-old Shalit would first cross into Gaza from Egypt and then to his homeland where he would receive a subdued reception. After going through a medical checkup, Shalit would be flown to Tel Nof air base where he would reunite with his family and meet Prime Minister Benjamin Netanyahu and other senior officials.

Shalit's homecoming also has its share of controversy as many families who lost their dear ones in terrorist attacks are opposing the swap deal. Some of them had a face off with Shalit's father Noam but the fact is the deal is going to happen.