Facebook has just launched 'Facebook Messenger', a free standalone messaging application that industry experts say could signal serious competition to Research in Motion's Blackberry Messenger and the whole concept of sms in general. It is also expected to ring some serious alarm bells in the hallways of Apple, which is to launch a similar service called iMessenger. 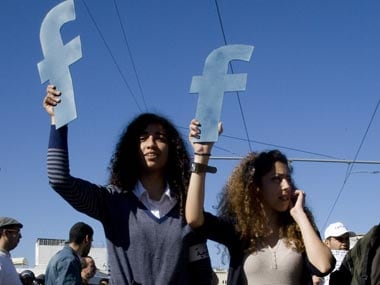 The service, which has been launched as a a stand-alone app for iOS and Android and simply dubbed 'Messenger', will allow Facebook users to send and receive Facebook messages from their mobile devices.

Facebook engineer Lucy Zhang, said Facebook Messenger can be used to exchange messages with Facebook friends but also with other people in a user’s phone contact list. You could already do this using the existing Facebook mobile app, but that required navigating through various screens and layers every time you want to read and compose a message. The Messenger app is a one-trick pony that’s strictly for communicating, making the process much quicker. And Messenger lets you communicate with friends that aren’t on Facebook, with the app sending SMS text messages directly to their phone numbers.

Facebook says the app is especially good for group messaging – spontaneous conversations among multiple friends making plans to see a movie or gathering at a bar, for instance.

“When you’re on the go, coordinating a bunch of people can be tricky, especially if plans change at the last minute,” Lucy Zhang said. “With Messenger, you can quickly start a group conversation and message everyone at once.”

The launch of Messenger marks the first time that Facebook has released a single-function app to complement its general-purpose mobile app, and it reflects the company’s increasing focus on mobile phones. According to Facebook, 250 million of its 750 million users access the service on a mobile device, and Facebook mobile users are twice as active as non-mobile users.

But according to the Techcrunch website, the service that should be perhaps more worried about Messenger is the still-unlaunched iMessage. Announced by Apple at WWDC in June, iMessage is a new messaging platform that will be a part of the default SMS application in iOS 5. That gives it a huge leg up, obviously. But it’s also potentially going to be harder to use than Facebook’s new Messenger.