Acharya Balkrishna's Wikipedia page makes for a very interesting read. For those who think he's a mere sidekick to Ramdev, the Wikipedia page begs to differ. According to details therein, he is an Indian scholar, well-versed in Hindu philosophy, from the upanishads to yoga to ayurveda. He is a well-known writer — chief editor of Yog Sandesh, a magazine that promotes yoga and ayurveda, run by Ramdev's Patanjali Publications — and a healer for those who believe in ayurveda. 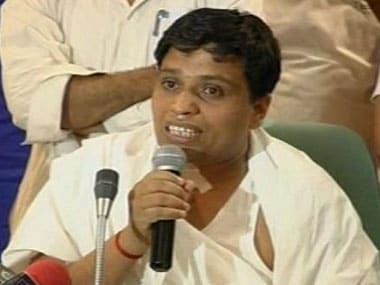 While the page might make him out to be a jack of all things Hindu and yogic, the CBI is not interested in those credentials. The agency wants his passport and education details

The context was laid after the fiasco of Baba Ramdev's anti-corruption campaign at the Ramlila grounds in New Delhi. Since then, the government has been rather keen to expose the skeletons hidden in Ramdev's cupboard. And close aide Balkrishna has not escaped the wrath of the CBI, which now wants to haul him in for cheating, forgery of documents and passport.

The CBI claims that Balkrishna is a Nepali resident, who is roaming around with an Indian passport and that he produced fake educational degrees as documentation for his passport. It seems that a confidential report sent by the Local Intelligence Unit (LIU) of Dehradun police to the then chief prosecution officer Gopal Dutt Joshi in 2005 . Joshi had stated that a case under relevant sections can be registered against Balkrishna.

However, no action was taken by the police and a new passport was issued to him in 2007. This, the investigators say, was done to cover up the earlier LIU report. The CBI, which has started a probe into the case against Balkrishna, said they have found the LIU’s report and Joshi’s reply to it, and will examine the officials who gave the report. According to the CBI, Balkrishna had also got two arms licenses using the same passport.

Balkrishna's disappearing acts have not gone down well with the CBI who even launched a missing persons hunt for him after he went missing once the agency filed the charges against him.

But Baba Ramdev has always defended his faithful aide. He's gone on to question why the government was not catching terrorists and chose to harass the Indian scholar. But it seems that even Babaji is confused about the birth place of his aide. At one point, he states that on the two birth certificates of Balkrishna ( yes he has two), the first one had erroneously shown the nationality of parents of Balkrishna as Indian. He claims this was corrected, but in the very next breath,  Baba goes on to say that Balkrishna was born in India and will die in India.

For now Ramdev's vociferious defence aside, the CBI is in no mood to let Balkrishna go easy. Balkrishna had asked the CBI for 20 days' time as his passport was with the British High Commission because he had applied for a visa there, a plea that was rejected.

But Balkrishna is in a defiant mood and sources say he is likely to approach the Uttarkhand High Court for an anticipatory bail.