Arvind Kejriwal an IIT Khargpur alumnus first chose to be a civil servant. He joined Indian Revenue Service and rose to the position of Joint Commissioner when he decided to turn into a full time activist. For his role as an RTI activist he won Ramon Magsaysay award. In 2011 he joined Anna Hazare to lead an anti-corruption dharna seeking enactment of a Janokpal bill. Soon he detached from himself from Anna Hazare and that civil society movement against corruption evolved into a political party called Aam Aadmi Party. It contested 2013 Delhi assembly, which for the first time, gave the national capital a truly triangular electoral contest. Supported by Congress, he became chief minister for the first time but resigned in less than 50 days. He then contested 2014 parliamentary election against BJP’s then prime ministerial candidate Narendra Modi from Banaras. He lost that badly and return to Delhi apologizing people for deserting them in a huff.

He led a very successful campaign for Aam Aadmi Party in Delhi in February 2015 to win 67 out of 70 seats in Delhi.

During the campaign, Kejriwal referred to the Indian democracy as jantantra – the rule of the people. He claimed to decentralize governance through Mission Swaraj and the Swaraj Bill for increasing citizen participation in governance as well as furthering fiscal and administrative decentralization. At the same time, the Aam Aadmi Party run Delhi government has implemented measures to eliminate license raj, limit government and create convergence of services through single windows and government to the people through doorstep delivery of services instead of citizens to the government. Other areas of focus for Kejriwal’s party have been school management committees, Mohalla clinics, water infrastructure transformation, water body conservation, CCTV installation, doorstep delivery of services forms a bouquet comprehensive governance overhaul through usage of technology and process innovation and devolution to smaller modular but independent units.

Kejriwal has been in constant conflict with the union government at the Centre and its nominee in the city, the Lieutenant Governor.

Under Article 239 of the Constitution, every Union Territory is under an administrator (which would be the position of a Governor). The administrator governs on the directions of the President. After after amendments, under Article 239AA, Delhi was given special provisions and was deemed a National Capital Territory. According to 239AA, the administrator of the NCT was the Lieutenant-Governor. The L-G, who is to be appointed by the President, will be advised by a council of ministers. However, in cases pertaining to land, police, and public order, the LG had the freedom to not consult the ministers. Article 239AA(4) provides a mechanism to refer a matter to the President of India in case of a difference of opinion between the L-G and the Delhi government or, in other words, the council of ministers. This is the section which the AAP government has challenged in the PIL. This is the centre-point of all of Arvind Kejriwal’s politics at the moment.

In the last couple of years, Kejriwal’s ambitions of making it big in national politics have dashed. There have been two reasons for this. One is that that the regional leaders are feeling suppressed by the one-man show the AAP is becoming. For instance, in Punjab, even in the thick of the 2014 Modi wave, Aam Aadmi Party had won 4 Lok Sabha seats in the states. In 2019 parliamentary election it could win only one seat in Punjab and lost in all seven seats in Delhi. 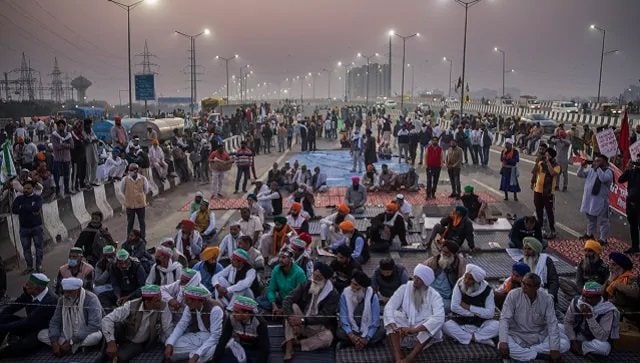 Thousands of farmers from Punjab, Haryana and neighbouring states have been protesting at various borders of the National Capital for 12 days, demanding that the Centre's three new agriculture laws be repealed. Arvind Kejriwal sworn in as Delhi CM for third consecutive term: Ministers take oath in their own style at packed Ramlila Maidan