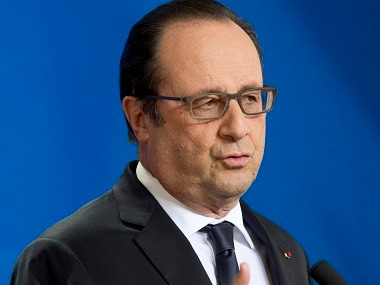 Migrants rest in an underground station near the main Eastern Railway station in Budapest, Hungary, September 1, 2015. Hundreds of angry migrants demonstrated outside Budapest's Eastern Railway Terminuson Tuesday demanding they be allowed to travel on to Germany, as the biggest ever influx of migrants into the European Union left its asylum policies in tatters. Around 1,000 people waved tickets, clapping, booing and hissing, and shouting "Germany! Germany!" outside the station. A refugee crisis rivalling the Balkan wars of the 1990s as Europe's worst since World War Two has polarised and confounded the European Union, which has no mechanism to cope with the arrival of hundreds of thousands of poor and desperate people. REUTERS/Laszlo Balogh - RTX1QM1X

A migrant, hoping to cross into Hungary, plays with a child along a railway track outside the village of Horgos in Serbia, towards the border it shares with Hungary, August 31, 2015. The European Union could soon fund and set up new reception facilities for asylum-seekers in Hungary as it is already doing in Italy and Greece, its migration commissioner said on Monday. Saying he would travel to Budapest soon, Dimitris Avramopoulos told reporters that the EU executive was ready to offer further help to the government as it takes in large numbers of people crossing the Balkans to reach the European Union and would "if necessary, set up a hotspot in Hungary". REUTERS/Marko Djurica TPX IMAGES OF THE DAY - RTX1QHD8

A pro-European Union protester wearing an EU flag stands in front of the Greek parliament. AFP

Greek Prime Minister Alexis Tsipras (L) is welcomed by European Commission President Jean-Claude Juncker for a meeting ahead of a Eurozone emergency summit on Greece in Brussels, Belgium June 22, 2015. The European Union welcomed new proposals from Tsipras as a "good basis for progress" at talks on Monday where creditors want 11th-hour concessions to haul Athens back from the brink of bankruptcy. Reuters