The Stephen Hawking I knew: Physicist unravelled mysteries of the cosmos that even Einstein overlooked

After Albert Einstein formulated his general theory of relativity in 1915, which greatly improved the Newtonian description of gravity, the arena was quiet for a long time. The eminent physicists of the time, such as Niels Bohr, Werner Heisenberg, Erwin Schrodinger, and others were mainly busy with quantum mechanics. Einstein himself spent the last few decades of his life trying to unify gravity with other forces of nature, such as the electric and magnetic fields, but without any glimpse of success whatsoever.

There were few remarkable exceptions though. One of these was a classic research by Robert Oppenheimer of the atomic bomb fame, and his student Herbert Snyder, published in 1939. Their work used the Einstein’s equations of gravity to study the collapse of a massive star, when it undergoes a sudden shrinkage under the pull of its own gravity on exhausting its internal nuclear fuel.  They predicted that the outcome of this collapse, as implied by Einstein’s theory of gravity, is a space-time singularity: An infinitely dense and extreme physical state of matter, ordinarily not encountered in any of our usual experiences of the physical world.

Most interestingly, Einstein himself strongly opposed such an idea and conclusion. In 1939 itself, he wrote a paper suggesting that a star will never meet such a final fate of becoming a singularity that Oppenheimer and Snyder found, and that it must settle into an equilibrium of a finite sized star. Later, it was found that like many other mistakes he made, this was another such error that Einstein committed, and the star collapse and singularity would happen for sure. 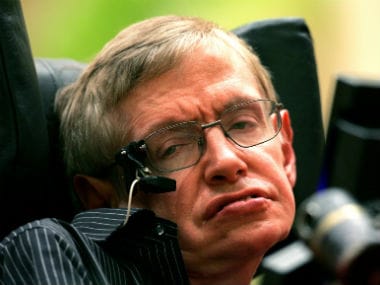 However, with this great frown and oppose from the Master himself, the entire subject then fell into a quiet and dullness for decades to come. It took the genius of Stephen Hawking, and other scientists like Roger Penrose, Robert Geroch, John Wheeler, Kip Thorne, and others, to revive the subject in later 1960s and early 1970s. Very rapidly, they used the science of general relativity to flourish the physics of black holes and that of the universe as a whole.

It is worth recalling here that modern science has introduced us to many strange ideas on the universe. However, one of the strangest is the ultimate fate of massive stars in the universe that reached the end of their life cycles. Having exhausted the fuel that sustained it for millions of years of shining life in the skies, the star is no longer able to hold itself up under its own weight, and it then shrinks and collapses catastrophically under its own gravity. Modest stars like the sun also collapse at the end of their life, but they stabilise at a smaller size. But if a star is massive enough, with tens of times the mass of the sun, its gravity overwhelms all the forces in nature that might possibly halt the collapse. From a size of millions of kilometres across, the star then crumples to a pinprick size, smaller than even the dot on an “i”, called a singularity.

The point is, when the star has a mass more than these limits, the force of gravity is supreme and overwhelming. It overtakes all other forces that could resist the implosion, to shrink the star in a continual gravitational collapse. No stable configuration is then possible, and the star which lived millions of years would then catastrophically collapse within seconds.

What would be the final fate of such massive collapsing stars in the universe? This is one of the most exciting questions in astrophysics and modern cosmology today.

It was the probing of this question, which is fundamental to the entire science of black holes, that brought together the trajectories of Stephen Hawking and myself. During my explorations on the cosmos, I have met very many brilliant scientists, but Hawking has been the sharpest mind I ever met, who always reacted most rapidly to situations. To give an example, in my seminar at Cambridge in 1983, as soon as I stated my theorem, he made a penetrating query, "How do I at all believe this?" I explained the logic and he immediately said, "Ah, that is the point."

Hawking's greatest contribution was on cosmology and black hole physics.

Together with Penrose and Geroch, he gave detailed theorems in the late 1960s and early 1970s, to show that space-time singularities must occur when massive stars in the universe collapse at the end of their life cycles, thus generalising the toy model that was given by Oppenheimer and Snyder. The singularity will also occur in cosmology, at the beginning of the universe. Such singularities are, so to say, the boundaries of the Universe, where all physical quantities such as densities, temperatures and others blow up and diverge.

Can we ever see such singularities of the star collapse? This was one of the most profound questions in modern cosmology. In this connection, Roger Penrose proposed in 1969 that the singularities of star collapse must be hidden within black holes or the event horizons of gravity. This assumption, called cosmic censorship, gave rise to the massive science of black holes, and their astrophysical applications as we know them today.

Hawking and I have had a great scientific engagement over the past many years and decades. Hawking was a strong believer that the singularities of gravitational collapse of massive stars must be hidden necessarily within black holes. The work from our own group in India in 1980s and later, and many other groups internationally, subsequently showed that we can also have what are called naked singularities, namely those which are not in fact hidden within the black holes. Finally, in 1997 and in the last few years, Hawking accepted that naked singularities could actually occur in the cosmos — and when this acceptance was made, the news became The New York Times front page article.

He was an extraordinary human being, whom I always found in full spirits despite his extra-ordinary physical disabilities. I spent several months with him in Cambridge in 1983, and then met him later many times. He had offered me a one year fellowship to work with him, which I could not fully utilise as I had already accepted an alternate offer from the USA. But on my way back to India, I stayed in Cambridge and then interacted with him.

The routine at Cambridge was engaging. Every day, we would walk by the side of river Cam, to the Cambridge University cafeteria, together with a bunch of his students. The long lunch would commence, sometimes to continue for one and half hours or even more, depending on the topic of discussion. He would be fed by one of his students or nurse, just like a child. Half the food would fall or spill over to the napkins tied to his neck.

And totally undisturbed by that, the discussion on the deepest topics on the universe would go on, together with some jokes interspersed on British politicians, or the American president, or some appreciation of Cambridge sports persons.

All would return then to the university to work for few more quiet hours as the evening grew darker.

Once I coincided with him in a washroom, and was totally struck by the complete childlike and physically helpless situation of the great man. He had to be raised by a nurse to relieve himself, and then slowly to be placed again in his wheel-chair. In those days, at least he could talk, but the language was tough to follow. Later on, he completely lost control, and due to deteriorating health, could no longer speak. But with his British humour, he continued cracking jokes even using the computer.

He once said, “Those who compare me with Einstein and his genius, neither understand his work, nor mine!”

Some people conjectured that it was his sense of humour and a very positive approach to life, together with a cosmic curiosity, that allowed Hawking to live longer, despite such a severe and debilitating disease. His spirit for life was so intense that recently, even before a couple of weeks, he discussed the quantum cosmology and no-boundary conditions for the universe.

Hawking visited Mumbai and India in 2001. At the end of his talk, people clapped and stood up, some even gesturing some kind of a sympathy. He was averse to such shows, and quickly moved his wheelchair away with much speed and left the stage rapidly.

As it turns out, Stephen Hawking decided to move on to the other worlds on the day which is the birthday of none other than the great genius Einstein, whose work he had continued. I wonder if the two may meet and discuss the black holes and cosmos. If they ever do so up there, Hawking may possibly finally convince Einstein on black holes, something which the latter thoroughly opposed all his life.

The author is a Senior Professor at the Tata Institute of Fundamental Research, Mumbai.