Fears of further bloodshed led Kenya's election commission to postpone voting planned for Saturday in some opposition strongholds, citing safety concerns for its workers as deadly clashes continued between police and protesters. Fears of further bloodshed led Kenya's election commission to postpone voting planned for Saturday in some opposition strongholds, citing safety concerns for its workers as deadly clashes continued between police and protesters. An opposition supporter pushes a wooden cabinet, looted from the property of a man of the Kikuyu tribe that they broke into, onto a burning barricade in the Kawangware slum of Nairobi. AP 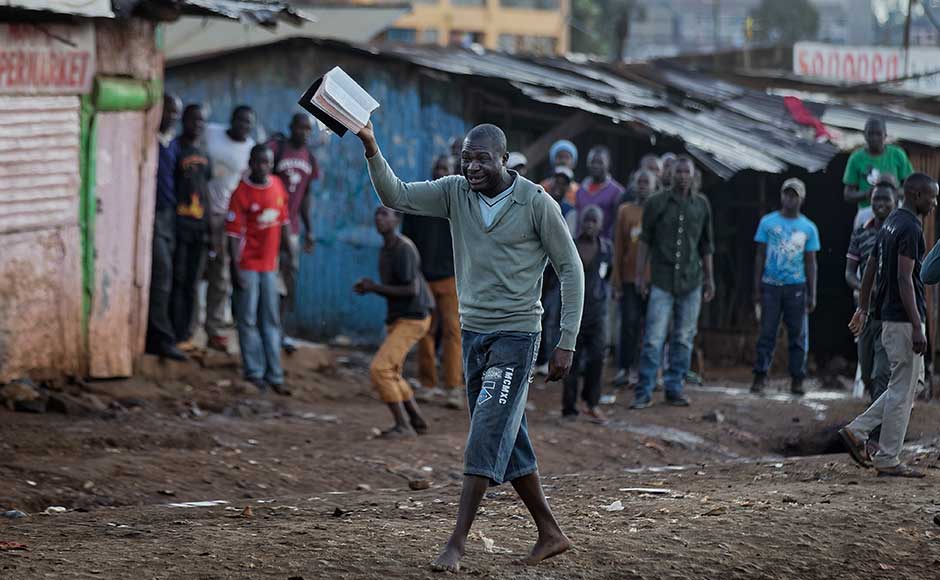 It was the second voting delay in four out of Kenya's 47 counties, highlighting the bitter divisions and political uncertainty that have intensified after Thursday's repeat presidential election. An opposition supporter holds a bible towards a police water cannon truck, while others carry rocks to throw at the truck, in the Kawangware slum. AP At least six people have died in violence linked to the latest election, including a man who was shot and killed in the Nairobi slum of Kawangware as security forces moved to quell fighting between gangs from different ethnic groups late Friday. Police move past burning shops during clashes in Nairobi. AP 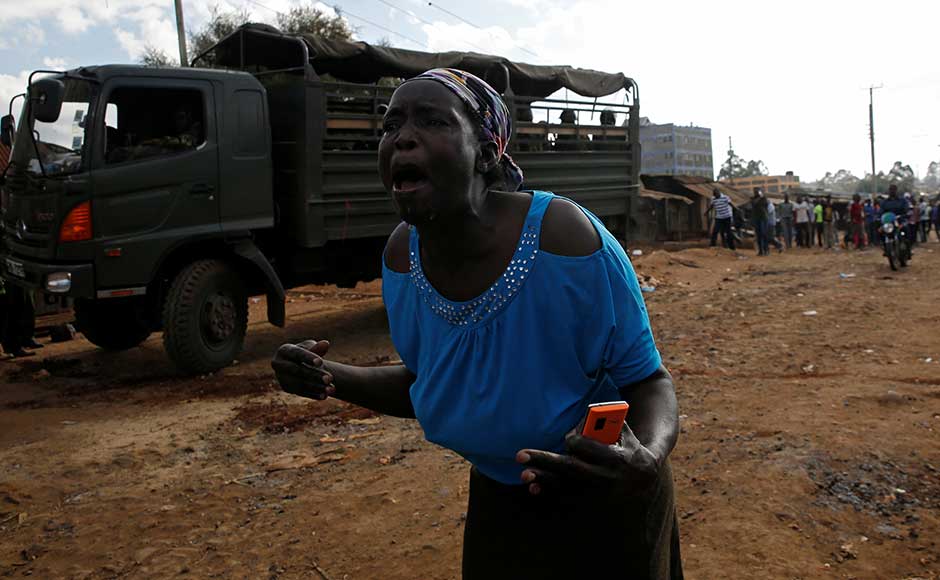 The election was boycotted by supporters of opposition leader Raila Odinga. It is not clear when the voting will now take place. A woman is seen near a police vehicle in Kawangware slums. Reuters Thursday's vote had a sharply lower turnout because of the opposition boycott. About 6.5 million people, or one-third of registered voters, went to the polls, according to the election commission. Nearly 80 percent of registered voters participated in the August election. Rioters carry furniture out of a house as they loot a property in Kawangware slum. Reuters The election commission has asked Kenyans to be calm and patient while it counts and verifies results from the new vote. A man tries to extinguish the fire set during clashes in Nairobi. AP

Modi at UNGA: PM targets Pakistan and China, but not by name; slams nations with 'regressive thinking'