With Huawei facing flak over the allegations that Beijing could use its technology for spying, the United States and some of its allies — including Australia and New Zealand — have already banned the Chinese telecom giant from 5G networks.

The controversy surrounding Chinese tech group Huawei has snowballed into a major international crisis. In addition to the intense scrutiny over its ties with the Chinese government, the company is now also sharing tensions with Canada and US over the arrest of one of its top executives.

This comes at a time when the US is reportedly pressurising its allies to ban Huawei from building its fifth-generation (5G) computer and phone networks.

The isolation of Huawei

Several leading economies are planning to launch 5G networks in their territories. With Huawei facing flak over the allegations that Beijing could use its technology for spying, the United States and some of its allies — including Australia and New Zealand — have already banned the Chinese telecom giant from 5G networks.

The New York Times reported that Britain and Poland are among the countries which are being asked to refrain from allowing Huawei to setup it's 5G network. The report said that officials in the Donald Trump administration hinted that Poland's decision could affect the future deployment of American troops in the country.

A couple of weeks ago, Poland announced that it had arrested a Chinese Huawei executive and a former Polish security official on spying allegations. Poland’s president Andrzej Duda also suggested that Huawei was likely to be shut out of the plans. 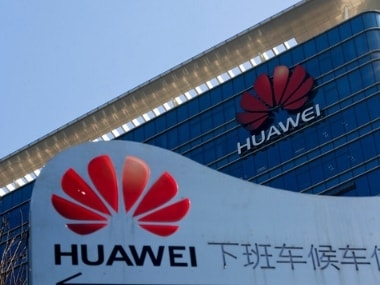 Polish officials are now in talks with the European Union and North American allies for its future course. Finland’s Nokia and Swedish telecoms company Ericsson are the leading two European competitors who could provide 5G telecoms equipment for Poland, the largest economy in eastern Europe.

France, too, has stepped up controls of telecoms infrastructure used in next-generation networks. The government is readying an amendment to the appropriate law to make the vetting process more stringent. French foreign minister Jean-Yves Le Drian said last week that Paris was aware of the risks of Huawei’s access to mobile networks and said the government would “take the necessary steps when needed”.

Vodafone — the world’s second largest mobile operator — too, joined the bandwagon. Its chief executive Nick Read said the company was “pausing” the deployment of Huawei equipment in its core networks until Western governments give the Chinese firm full security clearance.

Huawei, founded in 1987 by a former military engineer, has rejected accusations that it is controlled by the ruling Communist Party in China or that it modifies its equipment to allow eavesdropping. Huawei's founder Ren Zhengfei, in a rare public appearance, told reporters on 15 January that he would reject requests from Chinese authorities for confidential information about its customers.

In mid-2018, Huawei surpassed Apple as the number two in global smartphone brand behind Samsung in mid-2018. The company was seen as a major player in the development of next-generation mobile networks in Europe, the company's biggest market outside China. However, the latest developments have pushed back its prospects.

Senior Alibaba executive Joe Tsai called the US’ treatment of China’s Huawei Technologies as “extremely unfair”. “I think what the American government and together with the Five Eyes Alliance – what they’re trying to do with Huawei - is a bit unfair, there’s definitely a political agenda behind it,” Tsai said in Hong Kong.

But the exclusion of Huawei could hamper 5G development. China's envoy to the European Union Zhang Ming said in an interview with Financial Times, that efforts to limit the involvement of Chinese technology in upcoming 5G projects in Europe might bring “serious consequences to the global economic and scientific co-operation."

What sparked a diplomatic row?

The ruling Communist Party's plans for state-led development of next-generation technology, along with robotics and artificial intelligence, triggered a trade war with President Donald Trump. Both sides have raised tariffs on tens of billions of dollars of each other's goods in the dispute over American complaints that Beijing steals or pressures foreign companies to hand over technology.

On 1 December 2018, Huawei CFO Meng Wanzhou​ — who is also the daughter of the founder Ren Zhengfei — was arrested at the Vancouver airport by the Canadian police. The arrest was based on US' allegation that the top Chinese executive had committed fraud by misleading banks about Huawei's business dealings in Iran. The arrest severely damaged the relations between China and Canada.

On 6 December, Canada's prime minister Justin Trudeau said that the authorities took the "appropriate" decisions without any political involvement or interference.

Beijing retaliated for Meng’s arrest by arresting multiple Canadian citizens and sentencing one to death.

Last week, McCallum told Chinese media in Toronto that the Meng's extradition to the United States "would not be a happy outcome." He suggested the case was politically motivated and said the US could make a trade deal with China in which it would no longer seek her extradition, and two Canadian detained in China could then be released. But on Thursday McCallum walked back the remarks and said he "misspoke." Following criticism, Trudeau fire McCallum.

On 21 January, a group of 143 academics and former ambassadors from around the world released an open letter to Chinese president Xi Jinping, urging him to free the two detained Canadians.

And so, the pressure grew against China. Richard Fadden — who served as the head of the Canadian Security Intelligence Service spy agency from 2009 to 2013 — said that Canada should ban Huawei from supplying equipment to Canadian 5G networks because the security risk is too great. “If China would resort to putting Canadians to death to defend its corporate national champion, what might it do if the Chinese Communist Party had unfettered access to Canada’s vital communications networks?” he wrote in The Globe and Mail.

Despite the situation, Huawei still went ahead to announce plans for a 5G smartphone last week that will use its own technology instead of US components. The handset, billed by Huawei as the first foldable fifth-generation smartphone, will be unveiled in February.

CEO of the company's consumer unit Richard Yu told reporters that the sales of Huawei smartphones and other consumer products showed "no influence" from Western security warnings as they rose more than 50 percent last year over 2017. "In this complicated political environment, we still maintain strong growth," Yu said.

The company said it serves 45 of the 50 biggest global phone companies and has signed contracts with 30 carriers to test 5G technology. "Worldwide, all the carriers love us," said Yu. Whether this optimistic picture painted by Huawei holds true or not will be clearer in the days to come.

Explained: The diplomatic thaw in Australia-China ties and what it means for the Pacific

Spies in the Sky: Why was a Chinese balloon lingering over the US? Is this an old tactic?