On top of that, home networks — such as the Wi-Fi routers that residents set up — can be finicky.

Derek Pando rarely had problems with his home internet service — until last week. That was when he began working from his house because of the coronavirus.

Pando, 35, a tech worker in Palo Alto, California, immediately started using work applications like video conferencing that ate up a lot of data. And he shared his internet service — which was built atop a premium broadband internet package from Comcast and a state-of-the-art home Wi-Fi network — with his wife, who was also working at home, and their two children, who at times streamed movies.

After five days of this activity, his internet ground to a halt, Pando said. Google Docs froze, and he couldn’t get on video calls or send big email attachments. 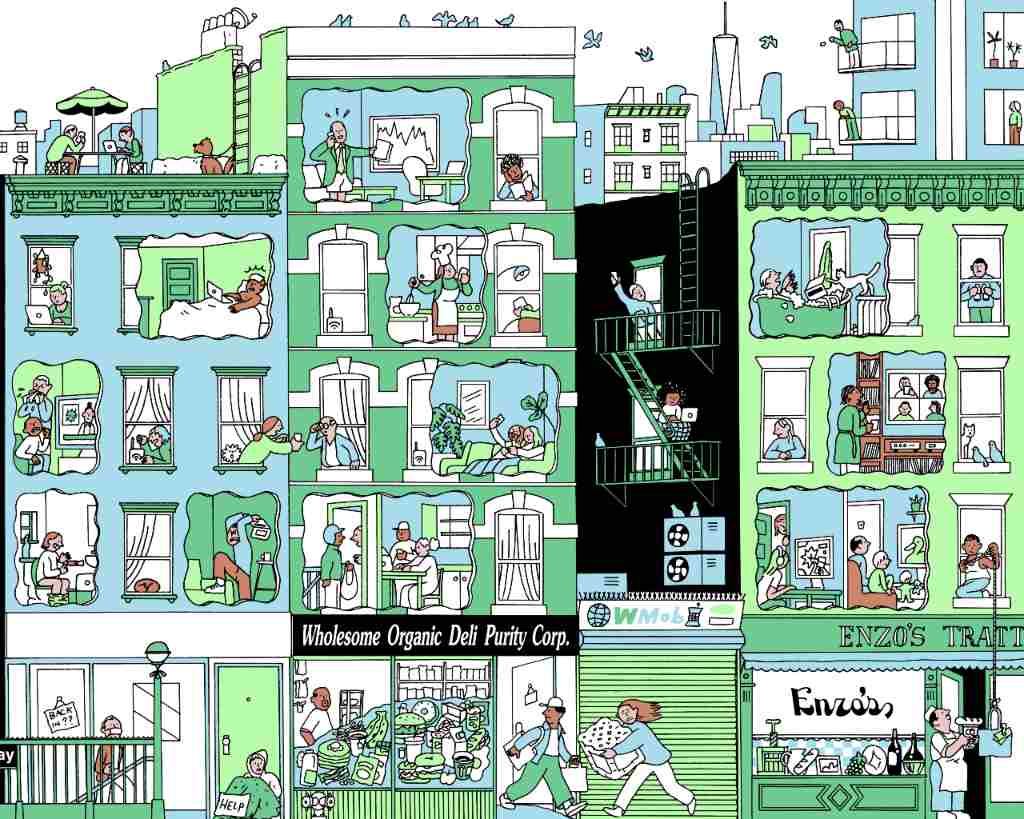 As millions of people across the United States shift to working and learning from home this week to limit the spread of the coronavirus, they will test internet networks with one of the biggest mass behavior changes that the nation has experienced. Image credit: Pete Gamlen/The New York Times

As millions of people across the United States shift to working and learning from home this week to limit the spread of the coronavirus, they will test internet networks with one of the biggest mass behavior changes that the nation has experienced.

That is set to strain the internet’s underlying infrastructure, with the burden likely to be particularly felt in two areas: the home networks that people have set up in their residences, and the home internet services from Comcast, Charter and Verizon that those home networks rely on.

That infrastructure is generally accustomed to certain peaks of activity at specific times of the day, such as in the evening when people return from work and get online at home. But the vast transfer of work and learning to people’s homes will show new heights of internet use, with many users sharing the same internet connections throughout the day and using data-hungry apps that are usually reserved for offices and schools.

That may challenge what are known as last-mile services, which are the cable broadband and fiber-based broadband services that pipe the internet into homes. These tend to provide a very different internet service from what’s available in offices and schools, which typically have “enterprise grade” internet broadband service. In broad terms, many offices and schools essentially have the equivalent of a big pipe to carry internet traffic, compared to a garden hose for most homes.

On top of that, home networks — such as the Wi-Fi routers that residents set up — can be finicky. Many consumers have broadband plans with much lower capacity than in the workplace. And when many people are loaded onto a single Wi-Fi network at the same time to stream movies or to do video conferencing, that can cause congestion and slowness.

“We just don’t know” how the infrastructure will fare, said Tom Wheeler, a former chairman of the Federal Communications Commission. “What is sufficient bandwidth for a couple of home computers for a husband and wife may not be sufficient when you add students who are going to class all day long operating from home.”

Use of bandwidth-hogging apps and games has already shot up in places where the coronavirus has taken hold. In Italy, housebound youngsters playing PC games in large part pushed up internet traffic over one local landline network, Telecom Italia SpA, more than 90% compared with traffic in February, said Francesca Valagussa, a company spokeswoman. And in parts of Europe last week, traffic to WebEx, a videoconferencing service run by Cisco, soared as much as 70% to 80%, the company said.

In Seattle, which has been a center of the virus outbreak in the United States, internet traffic started spiking Jan. 30, nine days after the first positive case of the virus in the area with people accessing news and using chat apps, according to security company Cloudflare. Last week, overall internet traffic in Seattle rose 30% compared with a normal week for the city in January.

Cogent Communications and Zayo, which provide internet services to big companies and municipalities, said they had also seen recent spikes in traffic from banks, retailers, and tech companies in the United States to their remote employees.

In response, Verizon, Charter, Cox, Comcast and AT&T said they were confident they could meet the demands placed on their home internet services, which includes cable broadband like Xfinity, fiber-based broadband like FIOS, mobile LTE services from Verizon and AT&T and Wi-Fi hot spots. They added that they were taking measures to help people who were working and learning from home.

Cox said last week that it would automatically upgrade users of its basic broadband internet package, with speeds of 30 megabits per second, to a package with 50 megabits per second. That could help people deal with a rise in internet use and apps that require faster speeds and more bandwidth.

Comcast said that for the next two months, it would lift data caps that limit broadband use so that people who surpassed the limits of their data plans won’t be penalized.

AT&T, Verizon and Charter said they were also preparing to increase capacity on their networks if needed, with more equipment to upgrade networks and emergency roll-in cell towers that are used to keep people online during natural disasters.

“Verizon operates its networks every day as though it’s a snow day,” said Kyle Malady, Verizon’s chief technology officer. “Delivering reliable networks is what we do.”

On Friday, Ajit Pai, the FCC chairman, also introduced the Keep Americans Connected Pledge, whose dozens of signatories include Altice USA, CenturyLink and Sprint. They committed to not penalize Americans with termination of internet service or fees if people delayed their internet service payments, at least for the next two months.

Jon Peha, a professor of electrical engineering at Carnegie Mellon University and a former chief technology officer of the FCC, said he was grappling with how to conduct online lectures from his Pittsburgh home because the campus had shut down in the face of the virus.

Because Peha was nervous about his cable broadband provider’s ability to handle the intensity of services like video conferencing, which requires constant back-and-forth transfers of data packets with no interruptions from broadband congestion, he said he was considering upgrading his internet service.

He said the entirety of the internet infrastructure — home networks, last-mile services, private networks run by companies, the points of interchange between networks and the backbone superhighway at the core — would be stress-tested in coming days.

“Lives depend on reducing face-to-face interaction, and the internet is perfect for that,” Peha said. “But there is a risk that usage will surge and capacity will be inadequate and performance will suffer. This is new ground for all of us.”

As for Pando, he tried various ways to get his internet service to speed up.

First, he turned off other devices in the home that were connected to his Wi-Fi network and made sure his wife and children weren’t online at the same time. Then he took a 75-foot Ethernet cable, which could feed his home broadband service directly into a device, and wrapped it around the home from the living room router to plug directly into his laptop.

It helped — but only a little.

On Friday, Pando got an email from Comcast saying it would soon increase bandwidth to help meet the greater demands from customers who were working from home.

“It’s good to know they’re worried too,” he said.