British theoretical physicist Stephen Hawking passes away at the age of 76: Here is a brief history of his life

Stephen Hawking's genius brought him global fame and he become known as a witty communicator dedicated to bringing science to a wider audience.

Stephen Hawking, who has died aged 76, was Britain's most famous modern-day scientist, a genius who dedicated his life to unlocking the secrets of the Universe.

Born on January 8, 1942 -- 300 years to the day after the death of the father of modern science, Galileo Galilei -- he believed science was his destiny. Most of his life was spent in a wheelchair crippled by amyotrophic lateral sclerosis (ALS), a form of motor neurone disease that attacks the nerves controlling voluntary movement.

Remarkably, Hawking defied predictions he would only live for a few years, overcoming its debilitating effects on his mobility and speech that left him paralysed and able to communicate only via a computer speech synthesiser.

"I am quite often asked: how do you feel about having ALS?" he once wrote. "The answer is, not a lot.

"I try to lead as normal a life as possible, and not think about my condition, or regret the things it prevents me from doing, which are not that many."

Stephen William Hawking, though, was far from normal.

Inside the shell of his increasingly useless body was a razor-sharp mind, fascinated by the nature of the Universe, how it was formed and how it might end.

"My goal is simple," he once said. "It is complete understanding of the universe, why it is as it is and why it exists at all."

Much of that work centred on bringing together relativity -- the nature of space and time -- and quantum theory -- how the smallest particles in the Universe behave -- to explain the creation of the Universe and how it is governed. 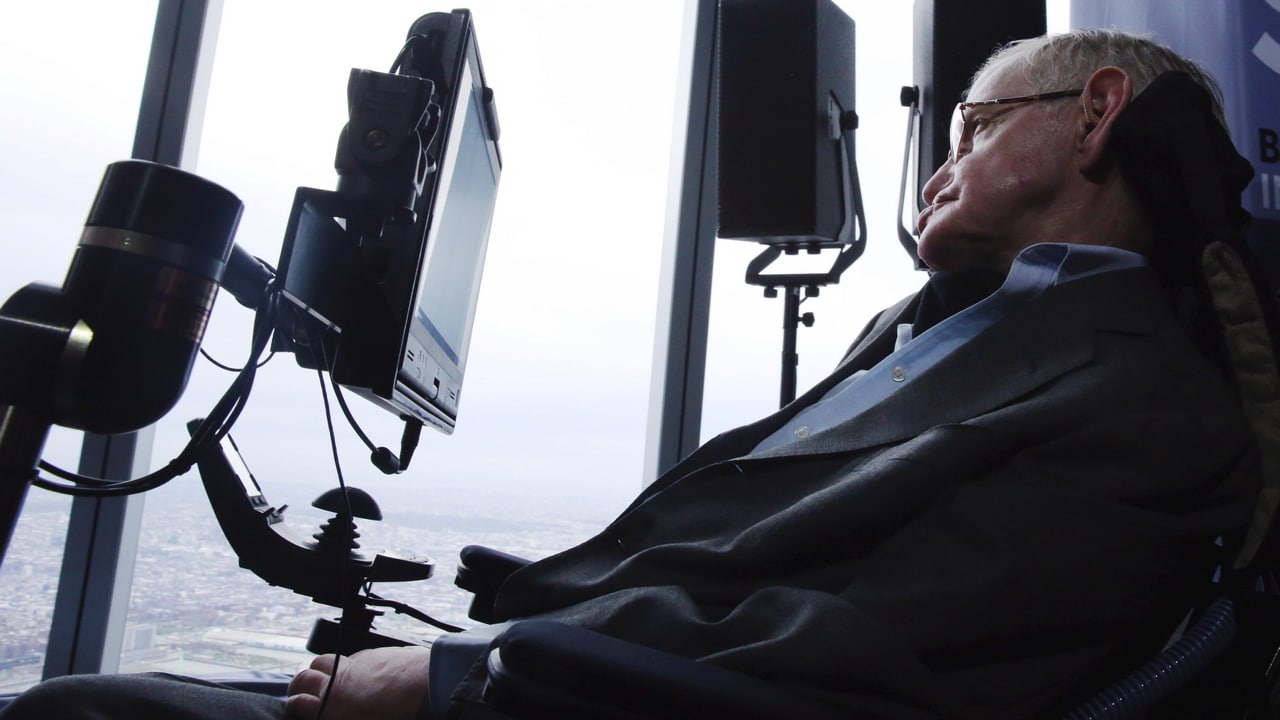 Life on Earth at risk

In 1974, he became one of the youngest fellows of Britain's most prestigious scientific body, the Royal Society, at the age of 32.

In 1979 he was appointed Lucasian Professor of Mathematics at Cambridge University, where he had moved from Oxford University to study theoretical astronomy and cosmology.

A previous holder of the prestigious post was the 17th-century British scientist Isaac Newton.

Hawking eventually put Newton's gravitational theories to the test in 2007 when, aged 65, he went on a weightless flight in the United States as a prelude to a hoped-for sub-orbital spaceflight.

Characteristically, he did not see the trip as a mere birthday present. 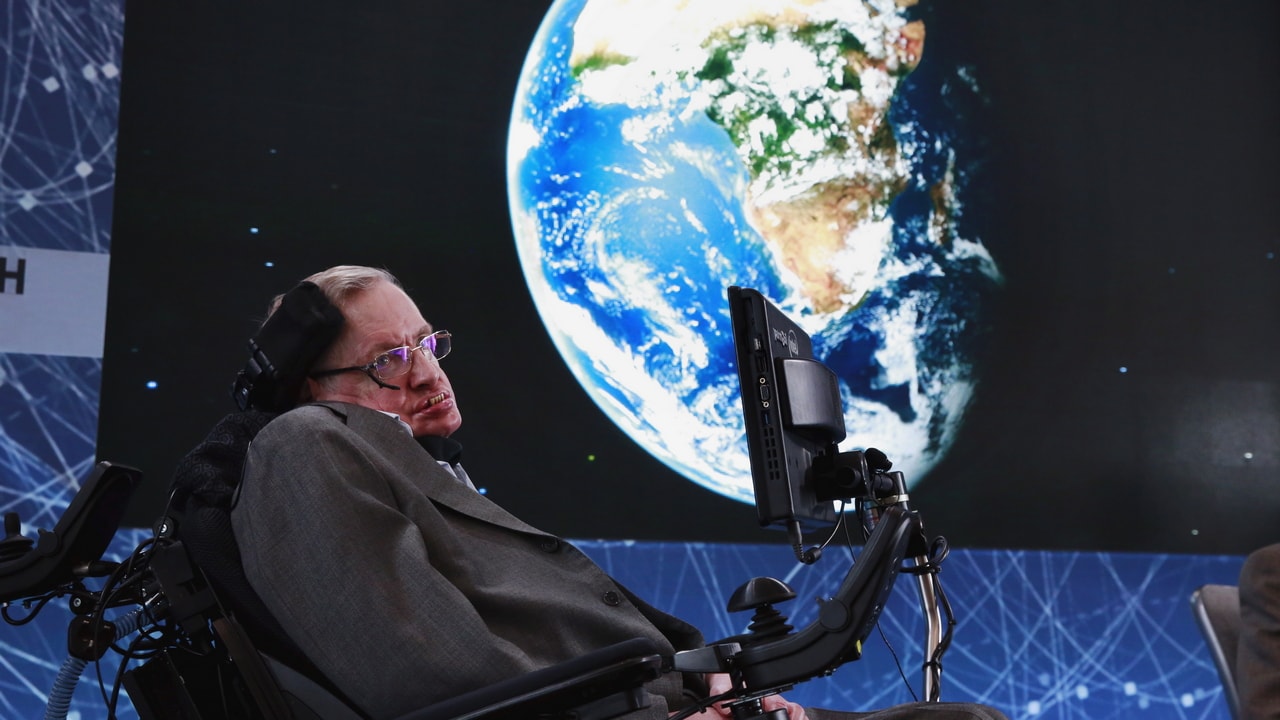 Instead, he said he wanted to show that disability was no bar to achievement and to encourage interest in space, where he believed humankind's destiny lay.

"I think the human race has no future if it doesn't go into space," he said.

"I believe life on Earth is at an ever-increasing risk of being wiped out by a disaster such as sudden global warming, nuclear war, a genetically engineered virus or other dangers."

More recently he said artificial intelligence (AI) could contribute to the eradication of disease and poverty, while warning of its potential dangers.

"In short, success in creating AI could be the biggest event in the history of our civilisation.

"Alongside the benefits, AI will also bring dangers, like powerful autonomous weapons, or new ways for the few to oppress the many," Hawking said in 2016, at the opening of a new AI research centre at Cambridge University.

Hawking's genius brought him global fame and he become known as a witty communicator dedicated to bringing science to a wider audience.

His 1988 book "A Brief History of Time" sought to explain to non-scientists the fundamental theories of the universe and it became an international bestseller, bringing him global acclaim. 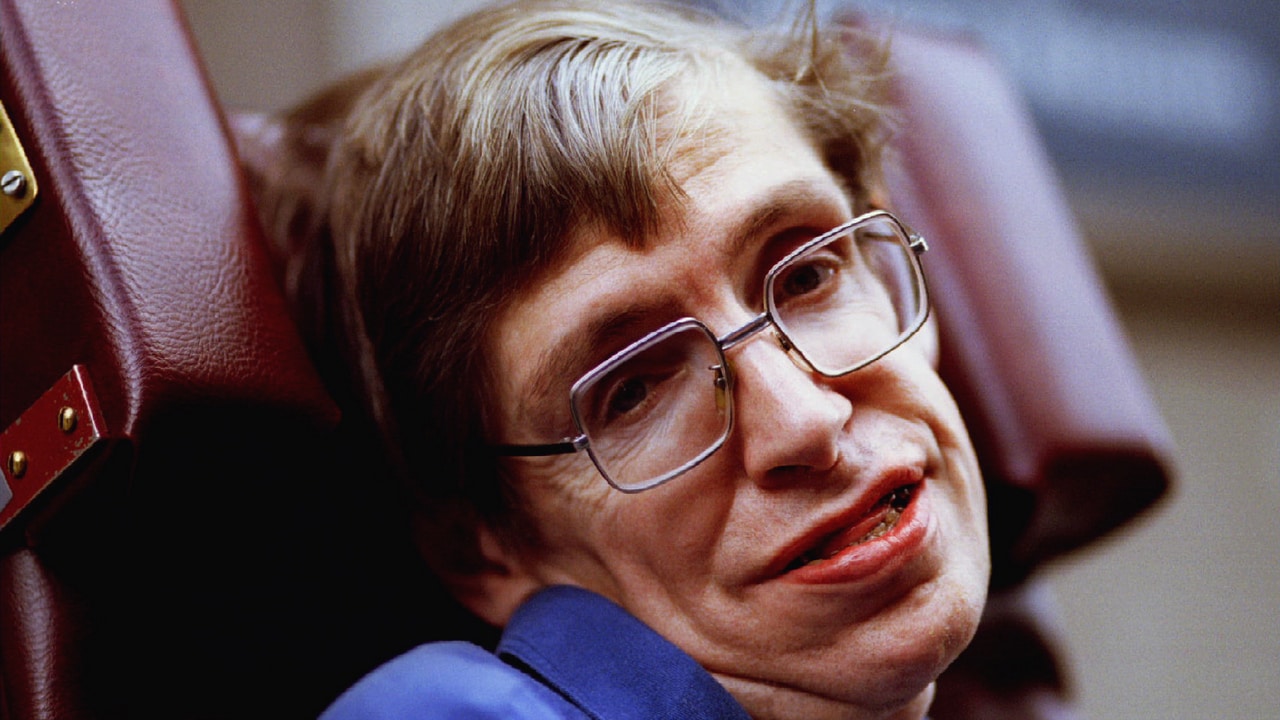 In 2007, Hawking published a children's book, "George's Secret Key to the Universe", with his daughter, Lucy, seeking to explain the workings of the solar system, asteroids, his pet subject of black holes and other celestial bodies.

Hawking also moved into popular culture, with cameos in "Star Trek: The Next Generation" and "The Simpsons", while his voice appeared in Pink Floyd songs.

Beyond scientific debate Hawking also weighed into politics, describing Donald Trump as "a demagogue who seems to appeal to the lowest common denominator" ahead of his election as US president.

Hawking also warned Britain ahead of the Brexit referendum in 2016 against leaving the European Union: "Gone are the days when we could stand on our own against the world."

Making the most of 'every minute'

Hawking first married Jane Wilde in 1965 and had three children. The couple split after 25 years and he married his former nurse, Elaine Mason, but the union broke down amid allegations, denied by him, of abuse.

The love story between Hawking and Wilde was retold in the 2014 film "The Theory of Everything", which won Britain's Eddie Redmayne the best actor Oscar for his portrayal of the scientist.

The Oscar triumph was celebrated by Hawking, who has reportedly said there were moments watching the film when he thought he was watching himself.

He was also the subject of a 2013 documentary, "Hawking", in which he reflected on his life: "Because every day could be my last, I have the desire to make the most of each and every minute."