Article 13: EU passes controversial new copyright law that will affect internet as we know it; will it impact India?

EU's passing of the law will come as a huge disappointment for internet freedom activists.

In a final vote, the European Parliament has passed the controversial new Copyright Directive, which impacts the linking to news as well as the publication of copyrighted content by intermediaries. This directive includes Article 11 which has been called as the 'link tax' and Article 13 which has been called the 'upload filter', 'meme killer', among other things.

As per this report, the EU Parliament voted 348 votes in favour and 274 against the Directive. Around 36 voters remained absent.

The next step, based on the EU procedure, will be the finalisation of the text of the law by the European Council, followed by the publication of the final text in the Official Journal of the EU, following which each national government in the EU will enact individual laws implementing the directive. The Directive, officially known as the Directive on copyright in the Digital Single Market, had met with major protests from internet activists, such as the Electronic Frontier Foundation, due to the restrictive impact it will have on publications. The law, however, primarily impacts publication and related activities within EU, and will not affect publications elsewhere.

For those wondering about the impact the law has for India, its main impact will be for content creators or service providers with a European audience, who will now need to ensure that their content adheres to the requirements of the new law.

The primary provision of the new law that creates these concerns is Article 13, which impacts the provision of access to copyrighted content by ‘information society service providers’. This term refers to most intermediaries, like YouTube, Google, etc. Officially, it refers to a service provider providing a service, at a distance, by electronic means, and at the individual request of the recipient of services (Article 1(2) of EU Directive on Information Society Services). In addition to Article 13, another provision creating concern is Article 11, which protects press publications (also known as the ‘link law’) and impacts activities such as Google News linking to news articles.

The fundamental requirement of Article 13 is that any service providers who provide access to copyrighted content online, must ensure that proper licenses to such works are obtained from the owners of the copyright. This would apply to any kind of copyrighted content, be it audio, video, written materials, software code, photographs, etc.

The law, further, requires the service providers to adopt methods to either verify that such agreements are in place or to prevent the upload of content where this is not possible. The aim of the law is to ensure that copyright owners receive a proper share of the revenues earned by such service providers and others through the use of their content.

Dark day for internet freedom: The @Europarl_EN has rubber-stamped copyright reform including #Article13 and #Article11. MEPs refused to even consider amendments. The results of the final vote: 348 in favor, 274 against #SaveYourInternet pic.twitter.com/8bHaPEEUk3

While the aim of the law may be the benefit of copyright holders, the main concern is with how it will be implemented in practice. To understand the difference the law makes, first consider a streaming service like Spotify, where the content that is uploaded is licensed. Compare this with YouTube, which allows the upload of a wide range of content, which may or may not be licensed, and may include a wide range of works that fall into exemptions or grey areas under copyright law. This can include memes, parody, critiques, educational content, use of works in the public domain, etc.

The primary concern of foundations like the EFF are that given the huge volumes of content that is uploaded per second on platforms like YouTube, the primary method that will be resorted to comply with the new law will be through automated content monitoring and filtering systems like ContentID. Years of experience with ContentID has shown that it is just as likely to flag legal content, as it is illegal content. Of particular concern is with content that falls into the exemptions or grey areas of copyright laws, and the limitations of such automated systems in identifying such content as fair use. 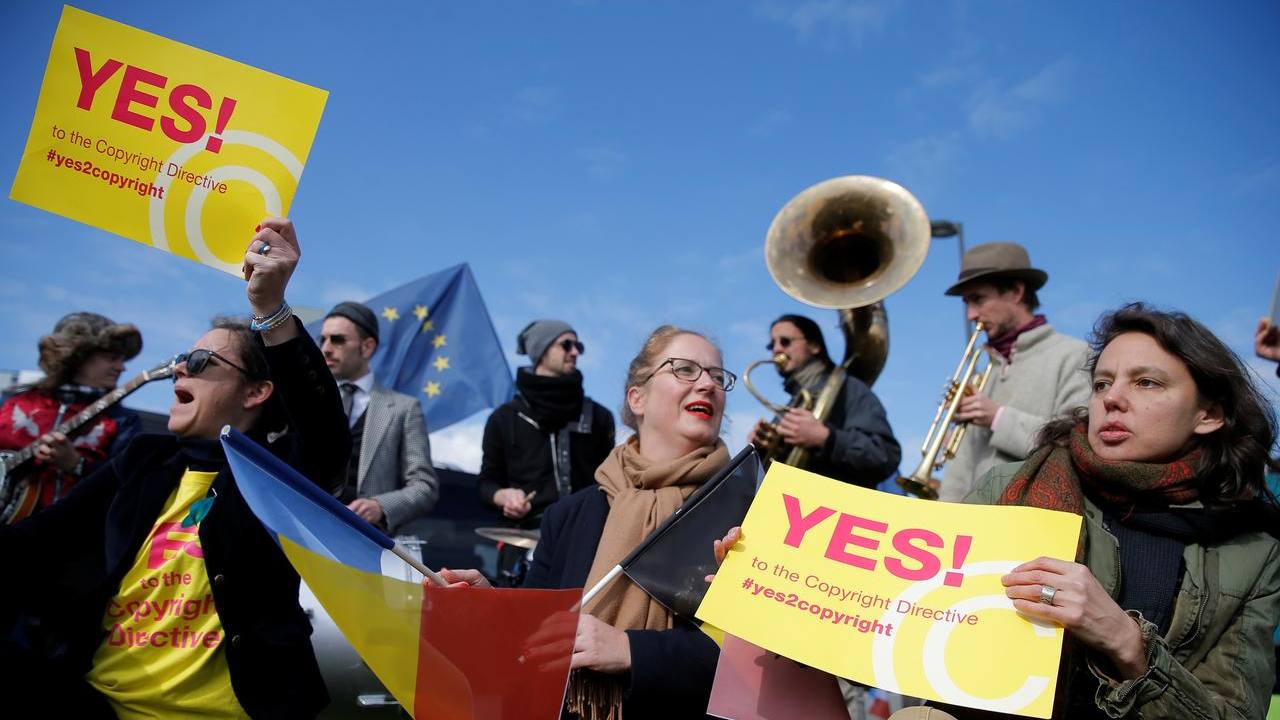 It may, for instance, flag personal content like a home video that has a copyrighted song playing in the background, the upload of a picture of a book (since the cover is copyrighted), the creation of memes, even the use of content that is in the public domain or under free or open source licensing, etc..

An example of this is this report of how the system flagged videos using NASA’s Mars videos, which are in the public domain, but were claimed as copyrighted content by someone. Another particular concern of users is that the system of recourse against such flagging is inadequate.

Creating a system that allows the large-scale monitoring of content while also ensuring the protection of free speech rights of the people is a huge challenge, and one that systems developed so far have been unable to address.

Though the new law requires the system adopted to be ‘appropriate’ and ‘proportionate’, and requires adequate grievance redressal systems to be in place, it doesn’t specify how this is to be done. It is thus unclear what systems would meet the requirements of the law, and whether the protections to the people’s rights like free speech or the addressing of the failures of such systems will be adequate.

The new law, thus, is likely to see a large-scale adoption of the existing systems until a more effective one can evolve, and is thereby likely to lead to censorship as well as an infringement of the rights of the people.

In one of the most contentious decisions in the European Union’s history, the European Parliament today voted to approve a directive that undermines Internet users' ability to share their work and creates new limits on their ability to link, quote, and critique the news.

Impact globally and for India

Since this is an EU law, its impact is territorially limited to the EU, and its main impact will be for the provision of access to such content, by service providers, within the EU. India and other countries, however, will not be completely immune from its effects, since the global nature of the internet means that many in these countries will have a European base, which they cannot afford to lose.

An example is of content creators with a large European audience, who will now have to ensure that any content they create does not fall afoul of the systems adopted by the tech companies to deal with the content they host. Similarly, any Indian hosting provider, app, website, or other service provider that provides access to online content, will have to ensure compliance with the new law in relation to the content that can be accessed in the EU.

Such persons or the tech companies may thus need to differentiate between content that can be accessed from the EU and content accessed from elsewhere. Apart from this, if the tech companies decide to implement the technologies like content filters at a global level, as opposed to an EU level, then any content uploaded anywhere will meet with the same issue.

Safeguarding free speech and other rights Evidence is arising time and again of the changing role of intermediaries in relation to content, such as the draft Indian intermediary guidelines which requires automated content filtering. It is a concern that these new laws, in their bid to impose more liability on such companies and to ensure the removal of illegal content, are often failing to adequately account for other factors like protecting the rights of the people (like free speech), as well as providing adequate recourse against the failures of the systems adopted to implement the law. Without this, instead of safeguarding the rights of the people, such laws may land up leading to their infringement.

The passing of the law will come as a huge disappointment for internet freedom activists. The main concern at this stage will be to see what form the law takes when it is enacted by national governments, such as whether there will be any additional safeguards, and to see thereafter what measures tech companies take to implement the law.