Steady rise in budget allocation for DRDO in past three years, says Centre in written response to question in Lok Sabha

In a written response to a question in Lok Sabha, Minister of State for Defence Shripad Naik said Rs 13,501 was allocated to the DRDO from 2016 to 2017

New Delhi: There has been a steady rise in the budgetary allocation of the Defence Research Development Organisation (DRDO) since last three years, the Centre said on Wednesday, emphasising that it has been supportive of providing additional funds for the agency on need basis. 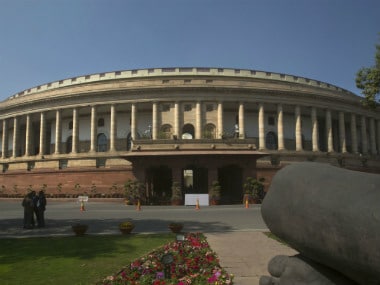 It said the DRDO had created five young scientists laboratories to produce innovative and out-of-the-box solutions to meet the needs of the armed forces. The five labs are Artificial Intelligence in Bengaluru, Asymmetric Warfare Technology in Kolkata, Cognitive Sensor Technology in Chennai, Smart Materials in Hyderabad and Quantum Technology in Mumbai.

In response to another question, he said modernisation of the DRDO is a continuous process, wherein new technologies, systems, sub-systems are indigenously developed for armed forces. In addition to this, the modernisation of infrastructure facilities is also continuously taken up to support these activities.

He said performance audit of DRDO labs was done on a case-to-case basis by authorities in the last few years. Apart from this, the DRDO has been audited by a number of committees like the Kelkar panel committee.

Its suggestions like inclusion of representatives of the Council of Scientific and Industrial Research (CSIR) and Indian Space Research Organisation (ISRO) in the Defence Research and Development Board have been implemented.

"On the recommendations of the Kelkar Committee, Rama Rao Committee was constituted in February 2007 by the government on matters related to the DRDO. Suggestions under the purview of DRDO have been implemented," he said.

In reply to a separate question on Akash Missile, Naik said it is an indigenous surface to air weapon system, designed and developed by the DRDO. It has been deployed by the Indian Air Force (IAF) and the Indian Army (IA) in combat areas.

Explainer: What is genome sequencing and surveillance? Why is it important?