Cambridge Analytica has worked on elections throughout the world, including in India, US, South Africa

Cambridge Analytica has stated on its website that it "was contracted to undertake an in-depth electorate analysis for the Bihar Assembly Election in 2010".

Cambridge Analytica (CA), the UK-based private company which engages in data mining and analysis for electoral processes, is at the heart of a controversy in which it allegedly used information from over 50 million Facebook accounts to help Donald Trump win the elections.

This controversy has also affected India as Ovleno Business Intelligence (OBI), lists the BJP, Congress and JD(U) as its clients. JD(U) leader KC Tyagi's son Amrish has admitted that the Youth Congress in Jharkhand, BJP and JD(U) had used OBI's services to conduct research. 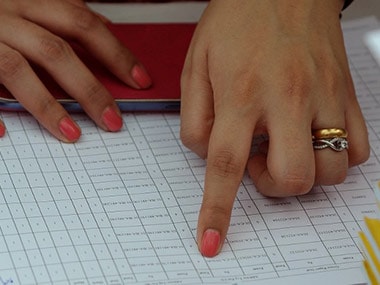 CA has itself stated on its website that it "was contracted to undertake an in-depth electorate analysis for the Bihar Assembly Election in 2010".

It also says that apart from research, CA was also asked to "organise the party base" by working to increase supporter motivation.

"Our client achieved a landslide victory, with over 90% of total seats targeted by CA being won," it said. In the 2010 Bihar Assembly election, the then JD(U)-BJP alliance won 206 out of the 243 seats.

BJP has also accused Congress of compromising national security by roping in CA to run its 2019 campaign. In response, Congress denied the alleged links to CA and accused BJP of using its services in 2010.

In the 2016 US election, CA said it "identified the most persuadable voters and the issues they cared about" for Donald Trump's campaign.

"In total, we polled 180,000 individuals across 17 battleground states, online and by telephone. This information allowed us to speak to voters in a way they would understand and respond strongly to," CA said on its website. Trump went on to win the US elections in 2016.

CA has also said it helped Republican leaders Ted Cruz and Ben Carson in their campaigns for the presidential election.

The firm also claims to have reduced the possibility of electoral violence across South Africa in the first post-apartheid election in April 1994. The African National Congress led by Nelson Mandela had won that election.

In the 2013 Kenyan presidential election, "CA designed and implemented the largest political research project ever conducted in East Africa" by sampling and interviewing 47,000 respondents. The 2013 Kenyan election was the first to be held after electoral violence of 2008 and under a new constitution. CA's client, the National Alliance (led by Uhuru Kenyatta), won that election.

CA had also engaged in data mining and analysis for the electoral processes in other countries like Colombia, Indonesia, Italy, Malaysia and Thailand.