Failed ventures provide the opportunity for a lot more reflection and embody a lot more learning for founders than successful ventures do.

“I failed. Now what?” Whenever I hear these words, the first thing I do is remind the founder: People don't fail or succeed, ventures do.

A “failed” venture can mean various things e.g. the venture fails to reach key milestones on a projected timeline, the venture runs out of money before raising money, founders fall out and some or more want to call it quits, the venture is going bankrupt, the venture needs to be wound down. 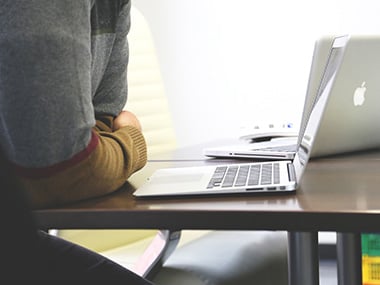 In some of these scenarios, there are ways to "exit" a failing venture depending on the founders and the agreement between them. Those of you, who have been regular readers of this column, will remember I advise often that founders engage and pay competent lawyers.

If some or more of the founders are leaving, a robust shareholding rights agreement would have outlined in advance what happens to the shares of those founders who are leaving, whether they can retain them or sell them, and the restrictions on selling them including who has the right of first refusal. If such a framework is not in place, the process of negotiation can be long drawn and worsen the pain of all concerned.

If the venture’s prospects are unclear and if the venture has some assets including intangibles such as a brand, trademarks, designs or other intellectual property, one could look for a buyer for those assets. If the business has run out of cash or is barely surviving, this is unlikely to be a good option especially since the process is costly and potentially long drawn.

If all else fails, winding down the company is always an option. It is better to have gone into battle and gotten scarred then to have sat on the sidelines, worse, on the fence, and never have experienced the horrors and lessons of war. The issues of ownership of intangible assets will still need a resolution either between the founders or otherwise.

No matter what route is taken, founders are bound to feel the pain. Failed ventures hurt. And then they hurt again. But many founders go on to build other ventures after a failure. Some, who may still be hurting, are driven by just trying to prove to themselves that they can do more, achieve more. A few go on to learn lessons and build big successes. Yet others choose other career paths altogether.

To that extent, failed ventures are useful things. They provide the opportunity for a lot more reflection and embody a lot more learning for founders than successful ventures do. In my experience and observation, learning from failure is a form of success on which further success — and indeed new kinds of failures — can be built.

Before embarking on a new venture, it helps to take some time to review the lessons from the experience of failure. I also advise — and practise myself — an exercise in gratitude. Yes, as a founder of a now-failed venture, you may have a broken heart, but you still have your smarts, your body, your ability to work hard, and now, some freshly baked wisdom. Taking a pause to reflect on what one has versus what one has lost reframes the experience and helps the process of moving on. Taking a short break, if one can afford it, also helps.

It helps to remember that apparent successes can also essentially be failures. It was after a massive victory in a war, in which an unspecified number of men were killed, that Ashoka realised his Pyrrhic victory was not worth it. He won the war but the cost was massive, to humanity, to the cause of political unity. His 'success' wasn't a success after all. He took note of the “transaction cost” and did not deem it a success after the fact. Following this realisation, he sought and turned to Buddhism. That decision meaningfully altered the course of South Asian history.

Shefaly Yogendra, PhD is a decision-making specialist, and advises founders and CEOs on technology, risk, branding and talent. She can be found on Twitter @Shefaly