Innovation is about daring to look at the world differently

Societal attitudes that discourage questioning, punish failure and judge rather than reward initiative, often kill the spirit of innovation.

There’s a famous quote by Albert Einstein: “Logic will take you from A to B. Imagination will take you everywhere.” I think this sums up the biggest challenge that we have today with innovation in India. Children are extremely imaginative, but as they grow, imagination dies as people struggle to conform. 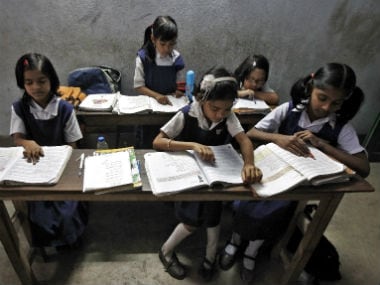 Growing up, my father always encouraged me to ask questions and challenge status quo. I believe that a healthy dialogue is crucial to build a culture of innovation. If we look at world history, the path breaking innovations we see today have been the direct result of people going against the tide and daring to ask questions.

There are five barriers to innovation, perceptual, emotional, cultural, intellectual and environmental. There’s a saying in Kannada, which when loosely translated means a poet’s eyes can see what even the Sun cannot see; a drunkard can see what even the poet cannot see. Any situation doesn’t just depend on the external factors but also on your own mental beliefs.

Teachers need to create a safe environment where diversity of thought is encouraged. Teachers here include parents, bosses, relatives and neighbours, who play a big role in shaping a child’s mind. Our pedagogy and culture in universities and schools needs to evolve accordingly at a disruptive pace.

Societal attitudes that discourage questioning, punish failure and judge rather than reward initiative, often kill the spirit of innovation. The company culture at 3M is a shining example, where employees can spend up to 15 percent of work hours on projects of their own choice. A massive 30 percent to 32 pecrent of its annual revenue comes from products introduced in the last five years.

Competitors struggle to innovate at the same scale, giving 3M a formidable advantage.

There are five principles that shape an innovative attitude. I’ll call them the ABCDE of innovation.

Fear of the unknown is the biggest deterrent to developing an Adventurous Spirit. A quest to challenge status quo and test limits is what brings in big changes.

To understand the power of Belief, one doesn’t need to look any further than the seven founders of Infosys. We all hailed from middle-class, non-entrepreneurial families. Nothing from our backgrounds suggested that we could go on to build a global company, but we believe we did

Character is important because an innovative, brilliant brain is useless or even dangerous if misdirected. Therefore, building solid, personal character is non-negotiable.

Dreams don’t differentiate between poor, rich, old, young, educated or uneducated. Realising one’s full potential is a dream that we should all have.

Of course, getting down and Executing your plan is the most important and the most difficult part of any innovation.

Back in 2002, I woke up with what I thought was gastric pain but turned out to be a heart ailment. The incident got me thinking. As a city dweller, it was easy for me to access medical care, but such an ailment could turn fatal for a village/town dweller without adequate access to timely medical care.

After a discussion with famous cardiologist Dr Devi Shetty, Founder Chairman of Narayana Health, the idea of a mobile cardiac diagnostic lab was born! Later, with another hospital and university, we launched a van with an ISRO satellite link for better connectivity. It was an innovative solution to address the problem at hand with technology to make it scalable!

To foster innovation, our youth needs to be mentored real time in the real world. In Switzerland, for example, only about 20 percent of people go for higher studies. Instead, they are encouraged to learn while they earn. Switzerland consistently ranks among the top innovative countries in the world.

To empower youth, an excellent source of inspiration is Singapore. Lee Kuan Yew, the iconic ex-Prime Minister of Singapore visited the Infosys campus in early 2000s. He spoke of how he targeted schools to build the dream of Singapore, so that children wouldn’t need to relearn as adults. His belief in the youth was what enabled him transform Singapore from a third world country to a first world country in less than 40 years.

To achieve a similar focus on innovation in India, teachers need to be the catalysts and encourage students to adopt a solution-oriented mind set. Be it to promote sustainable lifestyles to battle climate change or use of virtual reality to solve mental health issues. The list of problems and their possible solutions is virtually endless, limited only by imagination.

Academic institutions are great places to create a startup culture because they allow for creation, with good tolerance for failures. Let us take examples of innovation from academic institutions. Encourage them to emerge, get shared freely and be rewarded suitably.

India has a demographic dividend for the next 20-30 years that gives us a golden opportunity to nurture our youth to take risks, be inquisitive, and to innovate in every walk of life.