To the uninitiated, gaming and Esports seems a simple case of fun and games. Add a dash of dough and competition and it becomes a business or a profession. And, then when reports emerge that it could well be the future of the sport with literally billions being poured into it, aspiring gamers begin dreaming of making millions and more, all while having fun.

To some extent it is true – reports suggest the gaming industry could be worth Rs 200 billion in as less as three years' time. The global circuit has tournaments that offer millions – the ninth edition of TI (The International) in 2019 had a prize pool of over $34 million with $15 million going to the winning team, which, in an Esport like Dota 2, is five people. That's $3 million per player.

Most of these players are in their early 20s, sometimes not even that. Players close to 30 are called ‘veterans’ or ‘old men’. Among professionals, few continue to play beyond 30. So, it is indeed a dream world for those who love indulging in Esports and also aspire to rake in the millions, while doing what you would in any free time.

Yet, the reality is anything but that. Pro gamers follow a strict lifestyle tailored to their professional commitments.

Gamers, once they turn professional, are required to practice for as much as over 10 hours a day just to maintain their standard of play. Some of this time is spent in practice with the team or organisation these players represent. Then, they are often required to spend several hours each day streaming online. Online streaming is a requisite for building a fan base for players and teams, which leads to sponsorships.

Saahil 'Universe' Arora is a well-known American Dota 2 player of Indian descent. 'Universe' is widely regarded today as one of the greats of the game. He has often been considered the best ‘offlane’ player in the Esport. ‘Offlane’ refers to a role in Dota 2, the one in which the player is often expected to take a sacrificial role to help ensure greater freedom for the other members of the team.

In an interview dating back to 2014, his teammate at the time Peter 'ppd' Dager mentioned that both spend a certain amount of time in the day online streaming. This time is spent after their daily team practice, which lasts six hours at the minimum.

While the requirement of streaming is widely adhered to, a few exceptions do exist. They avoid streaming, but are still successful. Syed Sumail 'SumaiL' Hassan is one of these examples. SumaiL, whose talent in Esports came to the fore only after he shifted to the US around 2013-14, is originally from Pakistan, but now lives in the US.

In a recent interview, he revealed that he dislikes streaming and as such has avoided it so far. SumaiL is one of the most successful players in Dota 2 and was part of the team that won the prestigious TI in 2015. SumaiL was just over 16 then, and is still the youngest winner of the tournament. Interestingly, the team Evil Geniuses (EG) he played for, also included Sahil Arora during their successful 2015 campaign at TI.

While these young millionaire stars have enough money, they hardly get the time to spend it. Professional players are expected to take no holidays. Every day of the year is a working day for them. The only way they can get a holiday is by putting their profession on hold and they usually don’t like doing that.

Travelling, well before the start of the recent pandemic, was a necessity for players. Despite moving between various time zones throughout the year, the players are required to maintain their practice schedule.

Several teams take these measures one step further. The players are expected to live together for the most part of the year. Chinese teams are especially famous for this and have a reputation for considering it to be practice only when the team plays together from the same location. The idea that the players can play the game with each other from separate houses is not acceptable to many Chinese teams.

A gamer, who aspires to be world-class, would, therefore, need to spend a lot of time ‘gaming’. But unlike many other sports, there exist horror stories in the world of Esports about parents not being ready to accept their children’s wish to pursue a life in gaming. There was an extreme case such as that of ‘MarineKing’, a Korean gamer, whose mother was so upset by his excessive practice that she had the electricity for their house turned off. 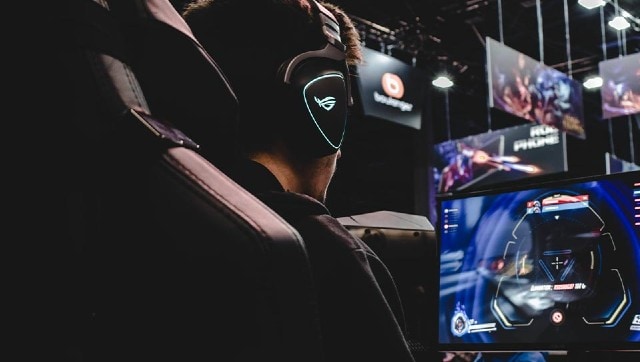 Esports involves lot more than sitting at one place and playing. The grind, physical and mental, can be as hard a 'regular' sport.

Esports is still a developing industry and as such there are differences in the way every team or player chooses to handle their daily life and how much and how they practice.

However, the belief that gamers do not need physical fitness, has been thrown into the bin. Physical fitness is now part of the routine for Esports.

Remember, they said something like that even about chess players, too, who till a few decades ago would include heavy smokers and drinkers. These days, chess players like Magnus Carlsen are devoted to outdoor sports like football and are regular with their gym schedules and physical exercises.

So, most professional gamers are expected to maintain a certain level of fitness as the profession is extremely demanding on their reflexes and dexterity. With the knowledge that higher fitness could prolong their career, many choose to add an element of exercise into their schedules.

Mental health is another aspect that Esports teams are beginning to take notice of. The only team in Dota 2, the richest Esport to have won the prestigious TI more than once, hired a team psychologist in the leadup to their second title. Mia Stellberg was their person of choice.

Stellberg has a history of working with Olympic athletes as well as Astralis, a Danish Counter-Strike: Global Offensive (CS:GO) team known for the greatest run of victories ever seen in Esports. Astralis at its best went undefeated for 31 straight LAN (offline) matches starting in February 2018 and ending in May 2019.