The Google Doodle shows a dog, a monkey and a Cock sitting on a sliding sky lift in front of a full-moon and snow falling sky. 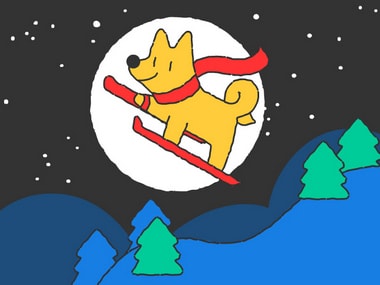 Traditionally, it is a time to honour deities as well as ancestors and mostly celebrated in countries following Buddhism. Few of the countries where the festival is celebrated includes Taiwan, Hong Kong, Macau, Singapore, Indonesia, Malaysia, Korea, Thailand, Vietnam, Cambodia, Mauritius, Australia, and the Philippines.

Lunar New Year is also called or celebrated as Chinese New Year and the beginning of the Spring festival. The celebrations run front he first day of the Chinese new year to the 15th day of the new year also called as Lantern Festival.

The Google Doodle shows a Dog, a Monkey and a Rooster sitting on a sliding sky lift in front of a full-moon with during snow fall. The Google Doodle blog mentions it as a "a much needed break to hot-dog and monkey around, shedding their game-faces to enjoy the sights from the ski lift for the doggone tired competitors".

On the Lunar New Year families clean their houses and decorate with red ribbons, paper-cuts, give away money in red paper envelopes and gather for annual reunion dinner on this day. The New Year doodle is currently not visible on the Google India page.

The Google Doodle series celebrated biathlon on the seventh day of the 2018 Winter Olympics and sixth day was celebrated with figure skating grebes to mark Valentine's Day.

Google is expected to showcase 17 doodles in total as part of Google Snow Games. The popularity of today's doodle is spread across major parts of North America, a few countries in South America, all of Europe and Australia and also parts of East and South-East Asia.