The system also has a pair of companion stars that orbit far beyond the planets.

Astronomers have spotted a young star called TOI 451 that has three hot planets in orbit around it. The astronomers spotted the sun using NASA’s Transiting Exoplanet Survey Satellite (TESS). The young star has a lot in common with our sun, according a NASA statement of the discovery. However, considering our sun's age is roughly 4.6 billion years old, the star TOI 451 is relatively younger, at 120 million years old. The newly-discovered star could further the current understanding of how the solar system formed. The TOI 451 star is 95 percent the mass of the sun, 12 percent smaller, and emits only two-third the energy.

All three planets that orbit TOI 451 sit very close to the star, according to the statement.  This means that the planets are hot, with temperatures ranging from 2,200 °F (innermost planet) to 840 °F (outermost). The system also has a pair of companion stars that orbit far beyond the planets. 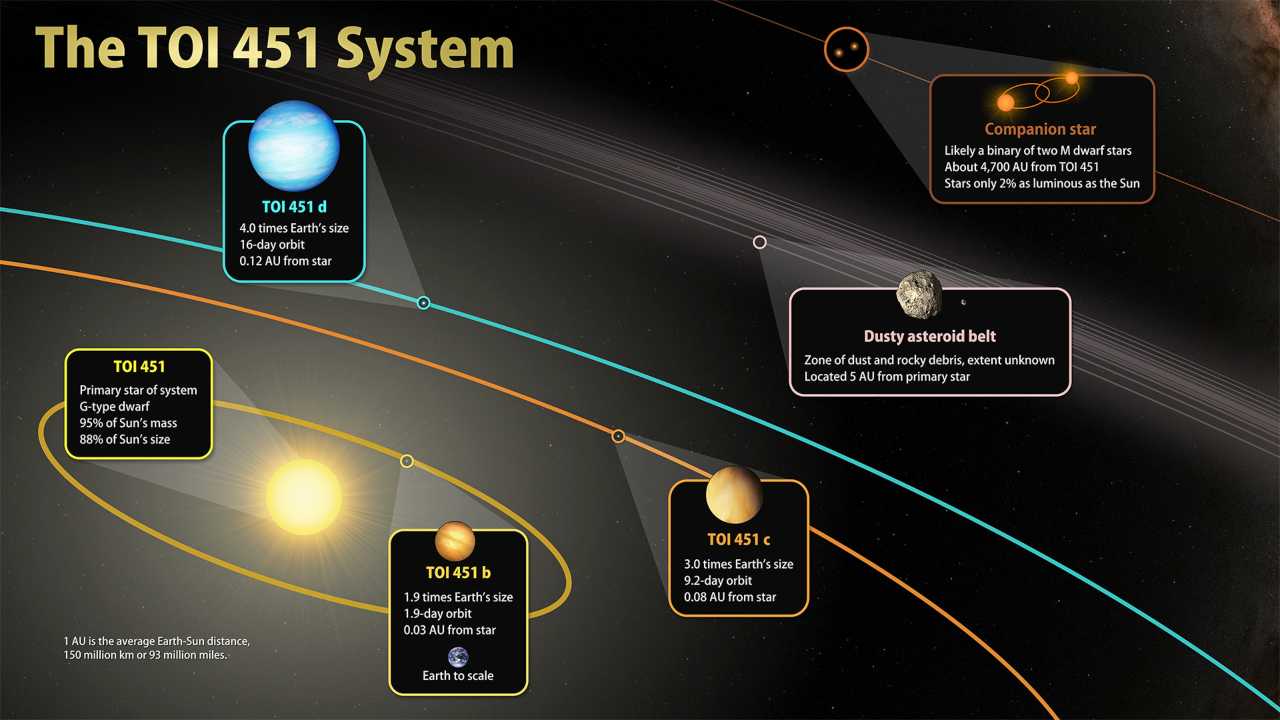 The three planets and TOI 451 reside in a "river of stars" known as the Pisces-Eridanus stream which was discovered recently. The stream is 1,300 light-years long that covers one-third of the sky and is made up of stars that are less than 3 percent of the age of the universe. The planets discovered make for an excellent point of observation for telescopes as they develop, with tools like the upcoming James Webb Space Telescope that can detect whether an exoplanet has an atmosphere.