The ducks' rescue is one step in a long-term plan to restore Madagascar’s wetlands: Conservationists.

Researchers have released 21 ducks of the species called as the Madagascar pochards – the rarest birds in the world – into their new home in a rescue effort to conserve the species, BBC reported.

The release was one in a series of steps that an international team of conservationists have taken to recover the duck's numbers.

Just a decade ago, the species of diving duck was thought to have been wiped out completely. The ducks were rediscovered in a remote lake in 2006, after the last confirmed sighting of the species at Lake Alaotra in Madagascar in 1991. The ducks were then taken under the wing of an army of conservationists and researchers from wildlife organizations and the Government of Madagascar.

Since the 1960s, Madagascar pochard numbers have come down dramatically because of many new fish species that found their way into the lakes, killing off the pochard chicks in large numbers and damaging the bird's nesting sites.

The problem was made much worse by polluted water, which forced the few remaining birds into a single, untouched lake in central Madagascar.

They were only "clinging on to existence in a place not really suited to them", said Rob Shaw, head of conservation programmes at the Wildfowl and Wetlands Trust (WWT) to BBC. "The threats that they face across the rest of Madagascar - and why they've been wiped out so extensively – are vast."

The WWT along with Durrell Wildlife Conservation Trust, The Peregrine Fund and the Government of Madagascar teamed up to rescue pochard eggs and raise the species back to healthy numbers in captivity.

After searching high and low for a good place to return the captive ducks to the wild, the team decided on Lake Sofia in Northern Madagascar. 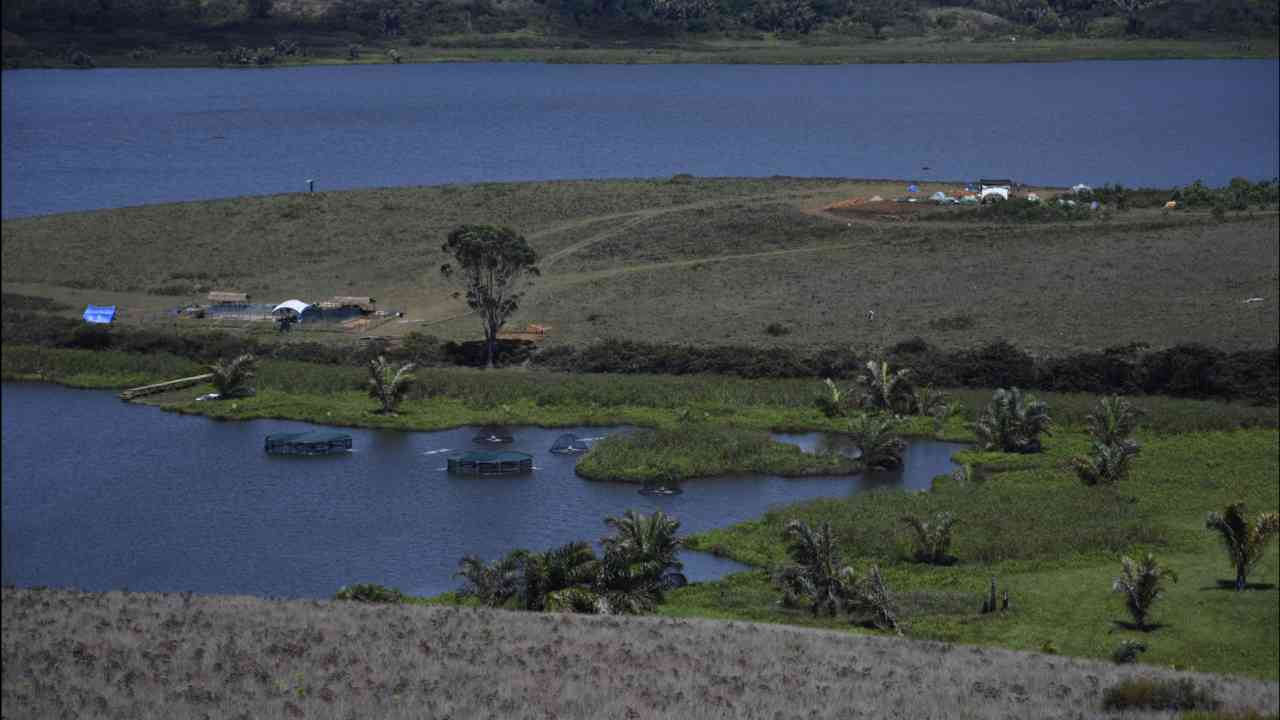 The set up in Lake Sofia prepared for the ducks to ease into living in the wild again. Image credit: Durell Foundation/WWT

Part of this rescue effort also involved working closely with villagers in and around the area, which make use of the lake's water, fish and plants.

The army behind the rescue hopes to also make their success an example of how communities can play a crucial role in supporting people and wildlife in habitats in areas that are challenged with poverty.