Globally, 2.2 billion people do not have access to drinking water that is water both available and free of contamination.

Roughly one in every two individuals (52 percent) will be living in water-stressed regions by 2050 as climate change affects the water cycle and makes it harder to manage resources, said the World Water Development Report 2020 released by the United Nations (UN) on March 22, 2020, marked as the World Water Day.

Countries in the tropics, mountains, island nations and those in the far north will be the worst hit, the report estimated. India, sliced down the middle by the Tropic of Cancer, and with nearly a dozen Himalayan states and union territories to the north, will be impacted by these developments.

Climate change is also a poverty multiplier that could force 100 million people into extreme poverty by 2030, according to the report. By changing rainfall patterns, and precipitating frequent floods and droughts, it would severely affect those in agriculture and fisheries, as IndiaSpend reported from over seven states in India in the past two years. India is the fifth most vulnerable among 181 countries to the impact of climate change, we reported in December 2019. Currently, 2.2 billion people globally do not have access to safely managed drinking water, that is water both available and free of contamination. Nearly 4.2 billion or around 55 percent of the world's population lives without safely managed sanitation, where there are no provisions to safely treat and dispose of the waste, the report said.

“Adaptation is a way to moderate the risks of these impacts while mitigation seeks to deal with the causes,” said Richard Connor, the editor-in-chief of the report, during a Skype interaction with journalists about its key highlights. There are two things that can be done about this, he said, “either you find a way to reduce the carbon emissions or find a way to sequester that carbon”.

If the world needs to arrest climate change to a 1.5-deg C rise compared to the pre-industrial era, then countries have to reduce global carbon emissions by 45 percent by 2030 and reach net-zero emissions by 2050, according to previous UN reports. Soil, water bodies, forests and wetlands are natural carbon sequesters that store carbon, also sometimes called the carbon sinks.

The stress due to climate change will hinder the achievement of the Sustainable Development Goal-6 (SDG-6) which seeks access to safe drinking water and sanitation for all by 2030. Food security, human health, urban and rural settlements, energy production, industrial development and economic growth are all water-dependent and hence vulnerable to the impact of climate change, the report added.

The official launch of the report was postponed in the light of coronavirus spread and authors cautioned that current uncertainties make it hard to foresee how the situation will unfold at the local level in different countries. The authors dedicated the report to the youth who have emerged as climate leaders, as we reported in September 2019. Countries need to take steps to reduce their carbon emissions and protect existing carbon sinks, the authors said.

“It is equally, if not more important, that the water community include the role of water in adaptation and mitigation within the NDCs (nationally determined contributions),” said Connor. NDCs are the pledges countries have made to the UN under the 2015 Paris Agreement to arrest global warming. India’s NDCs do have references to improve treatment of wastewater, and ramp up water supply to urban areas. 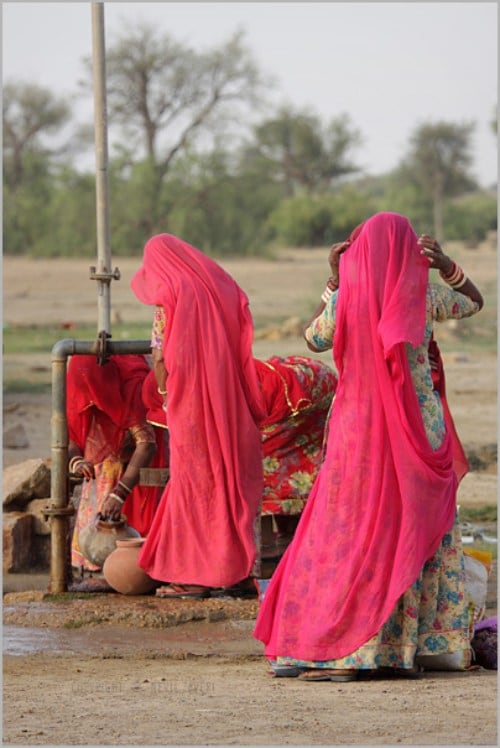 Making water part of the solution

In the past 100 years, the use of water globally has risen by a factor of six and continues to grow steadily by about one percent every year, the report said. Extreme weather events such as floods are linked to vector-borne diseases, injury, financial loss and displacement. Existing evidence suggests climate change is set to make extreme weather events such as floods, droughts and storms frequent and more intense. Poor water management tends to exacerbate the impacts of climate change, the report added.

“Water does not need to be a problem--it can be part of the solution,” said Audrey Azoulay, director-general of UNESCO, in a press release. “Water can support efforts to both mitigate and adapt to climate change.”

Worldwide, between 80 percent and 90 percent of wastewater is discharged into the environment without any form of treatment, the report estimated. Efficient wastewater management could thus be one of the ways to better manage water stress, the report recommended.

Traditional water management methods such as wetland protection, as well as proven ‘conservation agriculture’ techniques make it possible to preserve soil structure, organic matter and moisture, despite lower rainfall, the report said. It advocated the reuse of partially treated wastewater for agriculture and industry, without necessarily making it safe to drink.

“While a majority of countries recognise water in their 'portfolio of actions', few of them have actually calculated the costs of these actions and even fewer have put forward specific projects,” said Azoulay.

Most of these impacts, as we said, will be manifested in tropical zones where most of the developing world can be found. Developing countries have a lower ability to respond to climate change impacts, and the poorest groups and societies are the most vulnerable to minor and major shocks, the report said.

the poor disproportionately through its effect on agriculture, fisheries, health and natural disasters, the report said. In particular, these impacts are disproportionately felt by poor women and girls, who experience inequalities in the access to water, sanitation and hygiene, increasing gender inequalities and threatening their health, well‐being, livelihoods and education.

“Women in developing countries play a key role in water management,” said Abou Amani, coordinator of the report. “Women will be among those people who will be impacted by the issue of water stress.” Recent studies from mountain towns in the Himalayas across four countries highlighted similar results, as IndiaSpend reported on March 1, 2020.

Indigenous people are very sensitive to the effects of climate change, especially when they are unable to apply traditional knowledge and strategies for adaptation to environmental changes and mitigation of its effects, the UN report added.

The report pointed to both the need to adapt and mitigate. While adaptation can be a combination of natural and technological options, mitigation would include reducing sources of carbon emissions and enhancing the sinks of greenhouse gases.

Wetlands accommodate the largest carbon stocks among terrestrial ecosystems, storing twice as much carbon as forests. They also offer multiple co-benefits that include flood- and drought-mitigation, water purification and biodiversity. Their restoration and conservation is of critical importance, the report said.

The key, though, would be to get countries the finances they need to help adapt and mitigate, the report suggested. While mitigation made up 93.8 percent of climate financing in 2016, water projects consisted of a fraction of one percent of that sum. “Developing countries are facing issues related to lack of investment,” said Amani. “They have the lack of means to mobilise the resources.”