Over the 6 decades past, recent warming was 450% that of earlier warming — a big increase in rate of climate change effects.

The world's oceans were the warmest in 2019 than any other time in recorded human history, especially between the surface and a depth of 2,000 metres, according to a study.

The study, published in the journal Advances in Atmospheric Sciences, also found that the past ten years have been the warmest on record for global ocean temperatures, with the last five years holding the highest record.

According to the researchers, the 2019 ocean temperature is about 0.075 degrees Celsius above the 1981-2010 average. To reach this temperature, the ocean would have taken in 228 Sextillion Joules of heat, they said. 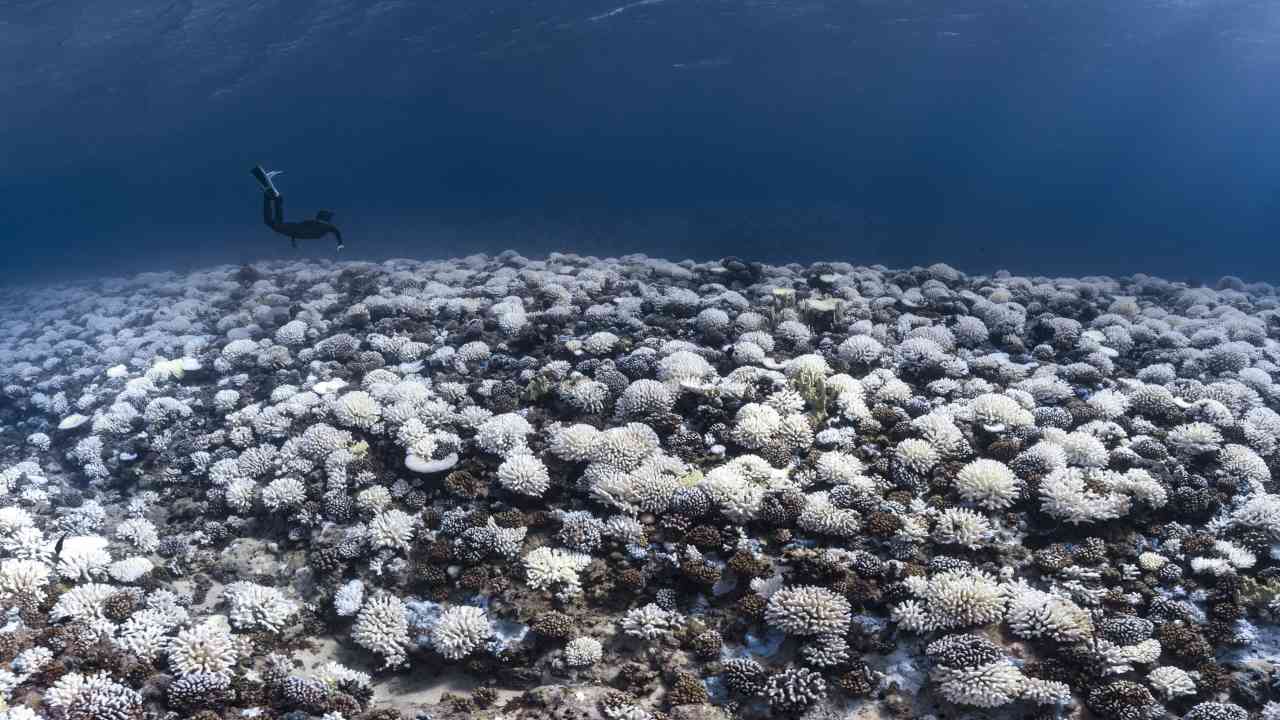 Bleached corals in the Pacific Ocean in May, spurred by unusually warm ocean temperatures. Image: Getty

"The amount of heat we have put in the world's oceans in the past 25 years equals to 3.6 billion Hiroshima atom-bomb explosions," said Lijing Cheng, an associate professor at the Chinese Academy of Sciences (CAS).

The international team of 14 scientists from 11 institutes across the world, call for action to reverse climate change.

The researchers used a relatively new method of analysis to account for potentially sparse data and time discrepancies in instruments that were previously used to measure ocean warmth specially from the ocean surface to 2,000 metres deep.

The newly available data allowed the researchers to examine warmth trends dating back to the 1950s.

The study also includes ocean temperature changes recorded by the National Oceanic and Atmospheric Administration (NOAA) in the US.

The two independent data sets indicate that the past five years have been the warmest on record for global ocean temperatures.

They found that over the past six decades, the more recent warming was about 450 percent that of the earlier warming, reflecting a major increase in the rate of global climate change.

"It is critical to understand how fast things are changing," said John Abraham, a professor at the University of St Thomas in the US. "The key to answering this question is in the oceans — that's where the vast majority of the heat ends up," Abraham said.

The researchers noted 2019 broke the previous records set in prior years for global warming, and the effects are already appearing in the form of more extreme weather, rising sea levels and harm to ocean animals.

According to the researchers, humans can work to reverse their effect on the climate, but the ocean will take longer to respond than atmospheric and land environments.