World Metrology Day: Why the updated kilogram is both a big deal and not so much

On 20 May, the kilogram was redefined in the first update to the metric system since 1983.

You'd think that 1 kilogram is always 1 kilogram and will remain 1 kilogram till the end of civilisation. Well, you'd be right till 19 May 2019 AD. For the first time, the kilogram has gotten an update that makes it as accurate as can be, and everlastingly so.

On 20 May 2019, the weight of a kilogram was given a much-needed update after 130 years of using a less-than-perfect measurement. If you're someone who frequents the local market, you'd understand perfectly why a physical one-kilogram-block — a "standard" — decides the number of potatoes, onions and ladies finger you take home.

The trouble with that, though, is that the international "standard" for one kilogram shed milligrams of weight every few years. All the other standards and all the other men had to adjust their standards accordingly, and again! The vintage predecessor of the beam balance.

But, on 16 November 2018, scientists and diplomats from 60 different countries packed themselves into an auditorium in Versailles, France and voted on a treaty to give the kilogram an update. This modern-day treaty to re-define the metric system would be passed later that same day. It would say that the new kilogram measure would use the Planck constant — a physical constant observed in the natural world — rather than the precise weight of a piece of metal kept under lock and key.

This revision will fundamentally change trade and technology forever — for the better. For the first time in the history of measurements, all standards are derived completely from natural phenomena.

What's more, they also comply with the metric system’s "motto": For all times, for all people.

Units 'for all times, for all people'

The people in charge of setting standards for measurements are an international group called the General Conference on Weights and Measures (CGPM). With this latest update, they have finally ditched the old ways of using physical objects to measure quantities like mass (kilogram), current (ampere), temperature (Kelvin) and concentration (mole). Now, all the new units are defined using constants in physics (like the Planck constant for mass) which are the truest, unchanging constants we know of in nature.

The standards to measure the distance (metre) and light-intensity (candela) already use natural constants of the speed of light and the motion of the atoms in the element cesium to be quantified. Out with the old and in with the new – the new quantities used to measure the standard (SI) units are all constants in nature. Image courtesy: BIPM

Being the most widely used of the measurements, the update to the kilogram will likely be the most significant of the lot in our daily lives. What was once used to measure weight was a physical artifact: the International Prototype Kilogram, also called Le Grand K. This great-great-granddaddy of all the world's kilograms is a lemon-sized metal cylinder locked in a secure vault in France. It requires three separate keys to access. 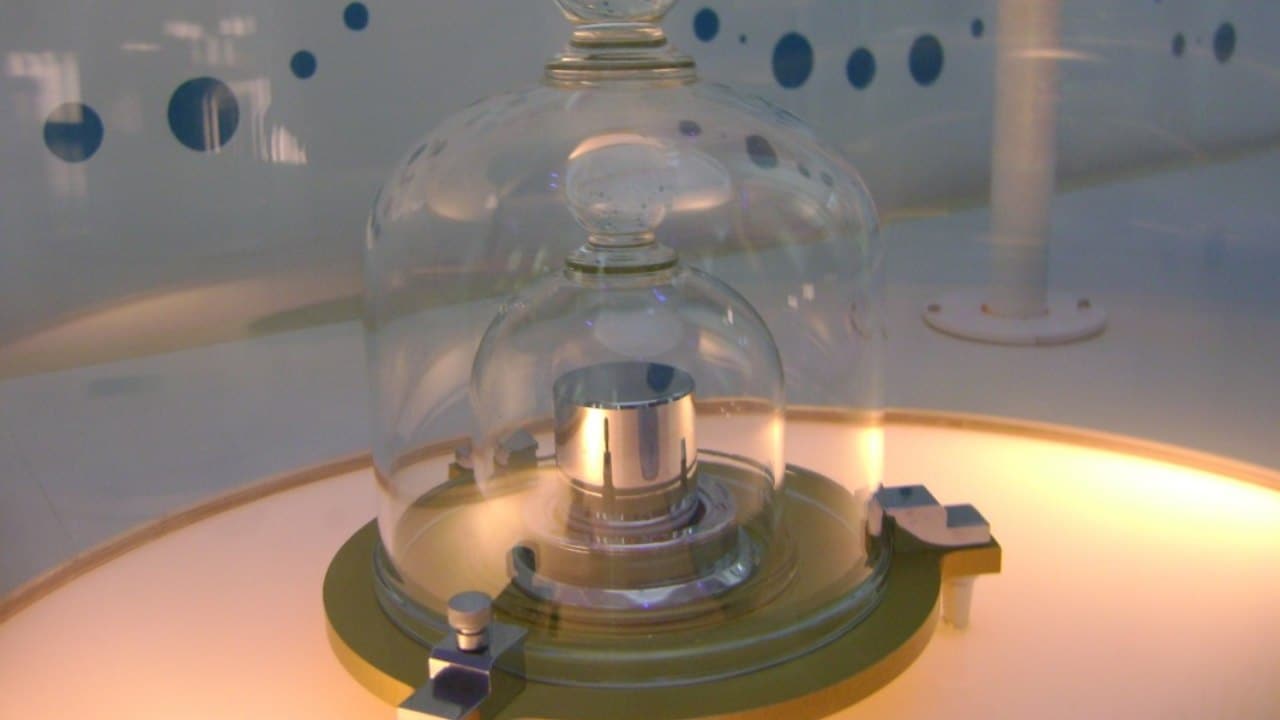 For 129 years, this hunk of platinum-iridium alloy has been the "one true kilogram". All the world’s others were adjusted periodically to match it. So its probably no surprise then that even after it has outlived its scientific usefulness, Le Grand K will not be discarded.

It will now take on a new role: that of a cylinder with tonnes of history.

The alloy of platinum and iridium that makes up the Grand K is corrosion-resistant, and rarely sees the light of day. Over time, while its many copies around the world seemed to be weighing as expected, the Grand K appeared to be gradually dropping. Or were the copies getting heavier? It's nearly impossible to say which of the two is true, according to experts.

"A material object will not be for all time," Schlamminger says.

With glasses that shatter, clothes that rip and pipes that rust, the Grand K that appears to have lost 50 micrograms (as heavy as a grain of salt) compared to its copies by sitting still in a locked vault, is neither accurate nor "for all people," Schlamminger adds.

"The system will be intrinsically correct by reference to the laws of science, the laws of nature," Martin Milton, the BIPM director, told The Associated Press.

"We won't have to depend on just assuming that one particular object never changes…everything else has been recycled and replaced and improved." The artisans who forged, polished and perfected the International Prototype Kilo more than 130 years ago worked with mind-boggling precision and skill to craft the platinum/iridium cylinder. “If we did this work today, we’d probably come up with exactly the same composition. It has turned out to have really stood the test of time very well," Milton said. AP

What is the kilogram changing to?

For all intents and purposes, what we call a kilogram today will be called a kilogram for the foreseeable future.

What will change is the instrument used to reset all the balances in the world to match a single standard: the Kibble balance.

The Kibble balance is similar to a classic beam balance at a market near you in almost every way: it has a bar in the middle, with a pan hanging on either side. In the beam balance, one pan is occupied by the standard, and the second by the object being weighed. Gravity tips the scale based on the difference in weights.

In a Kibble balance, one of the pans is replaced with a coil in a magnetic field, and the difference in masses is balanced using electromagnetic force instead of gravity.

While Le Grand K gave measurements with an uncertainty of 50 micrograms, the Kibble balance can now give exact measurements of a kilogram having a margin of error weighing as much as a quarter of an eyelash (1/10,00,00,000 a kilogram).

"On (20 May 2019), you won't see any change in our daily lives," Richard Davis, an emeritus research physicist at the International Bureau of Weights and Measures, told The Associated Press. 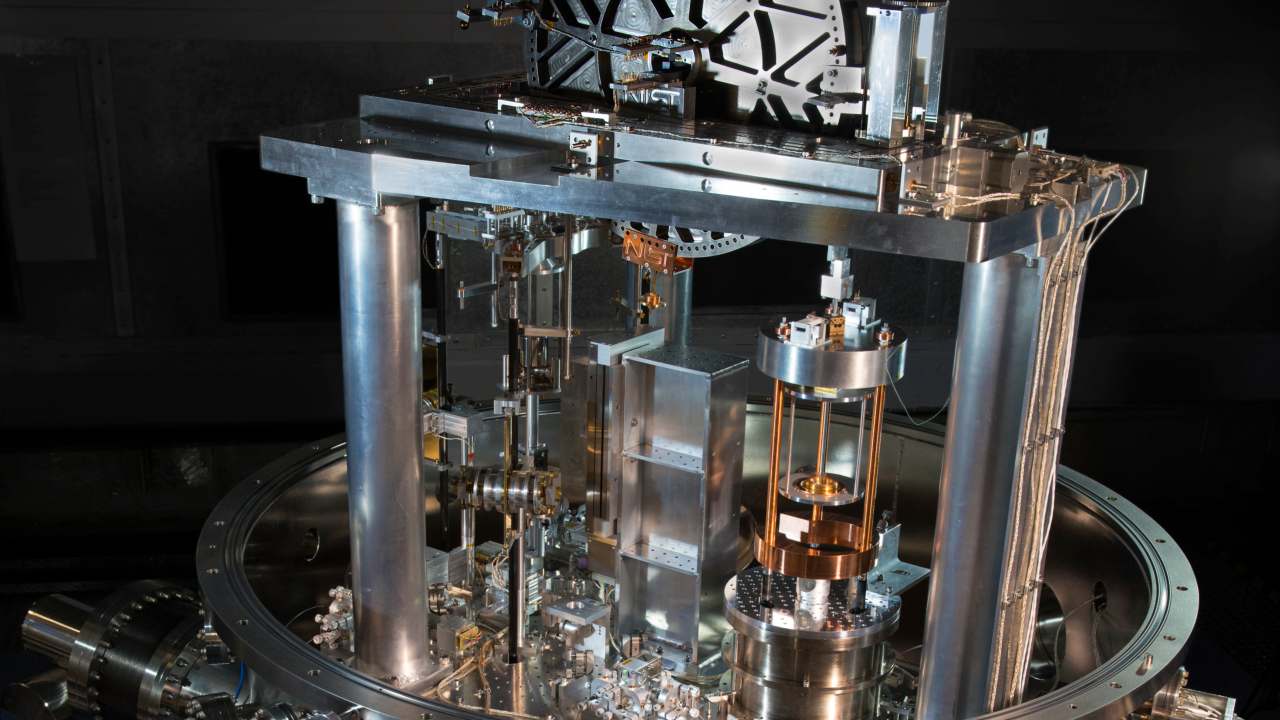 The Kibble balance, which began full operation in early 2015, can measure Planck's constant. With an accuracy of close to 13 parts per billion, the balance has been declared accurate enough to assist with the redefinition of the kilogram in 2019. Image courtesy: Wikimedia Commons

While the upgrade technically affects all the weighing scales in the world, as the clock strikes 00.01 am on 20 May, groceries, atta and gold coins will still cost exactly the same per gram.

The minute inaccuracies corrected by the new system won't be felt in bakeries or hypermarkets, but will impact research, trade and industries. In fields like computing, pharmaceuticals and climate science, precise measurements may make or break consequences. It may take more than a few months for the redefined kilogram to take full effect in Indian industries, according to reports.

The National Physical Laboratory (NPL) in Delhi, tasked with producing the Kibble balances, will spend Rs 60 cr over the next 3 to 4 years building a facility to create and calibrate the weighing instrument.

Given that everything in the world is in a state of flux, the good-old kilogram will (in a year or few) join seven other units that will remain constant and forever unchanging.