The two decades is a story of incredible improvement in the human condition, Melinda Gates said.

The world has become "dramatically healthier" in the last 20 years mainly because of the global health funds, top US philanthropist Melinda Gates said on 17 December, citing examples of India, Indonesia and Vietnam which moved up the ladder due to their economic growth.

The story of the past two decades is a story of incredible improvement in the human condition, Melinda of the 'Bill and Melinda Gates' foundation said during a global conference with reporters along with her husband and Microsoft founder Bill Gates. 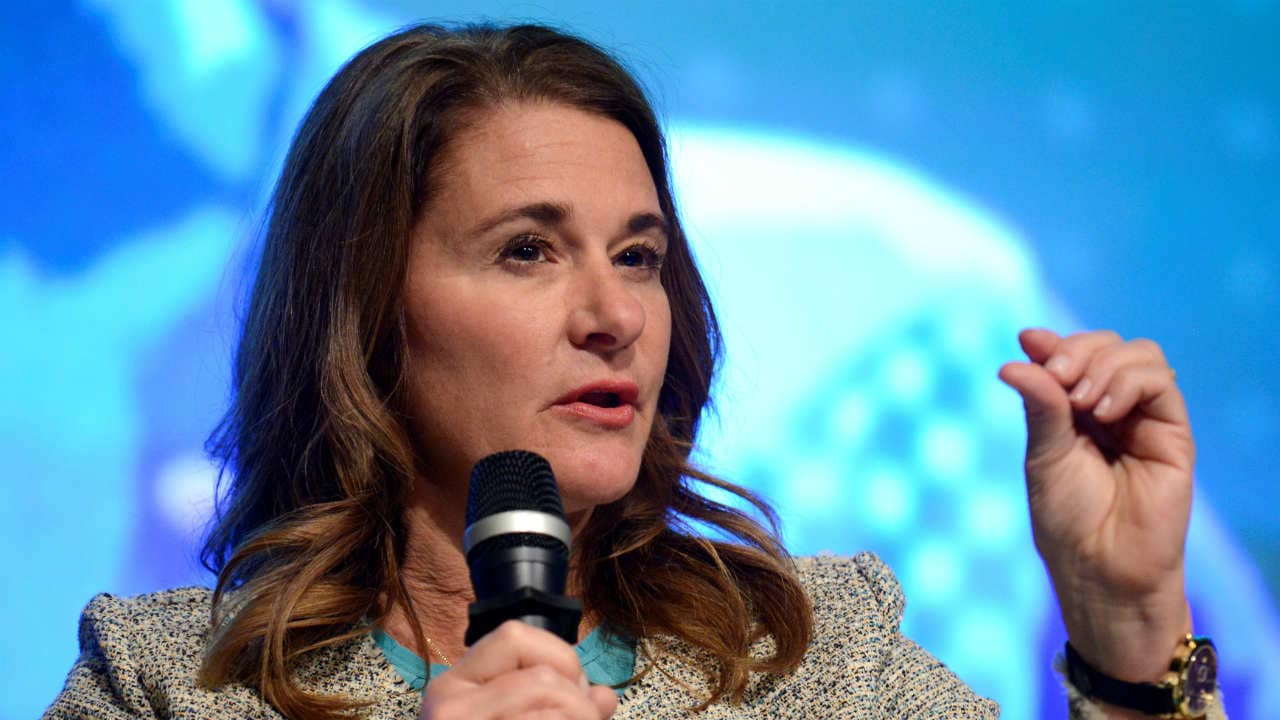 "The world has actually become dramatically healthier in the last 20 years. The story of the past two decades is a story of incredible improvement in the human condition. And it's one of the reasons Bill and I call ourselves optimists," she said.

The poorest parts of the world not only became less poor, they also became much, much healthier, Melinda said.

Under-five mortality rates have declined by more than 50 percent since 1990, which is a dramatic improvement for the lives of the world's poorest and youngest, she said.

Responding to questions, Bill said countries like India, Indonesia and Vietnam have moved up the ladder because of the economic growth. As such they will be getting less money from all of these funds.

"But making sure they don't drop any vaccines, that's been very well organised. India, because of its size, has always been treated as kind of a special case by GAVI, but they did roll out rotavirus and they will roll out pneumococcus," he said.

GAVI, the vaccine alliance, is focused on childhood vaccines.

"When Bill and I are out travelling, we see this when we talk with families. Deaths due to infectious diseases like HIV, malaria, measles have halved from their 1990 levels, and they've contributed to nearly 100 per cent in the overall decline in mortality in poor countries," she said.

There are GAVI, the Global Polio Eradication Initiative, which of course is working to eradicate polio, she said.

The Global Fund to Fight AIDS, TB and Malaria, and more recently, the Global Financing Facility, is focused on maternal and child health, Melinda said.

Since 1999, the foundation has invested almost USD 10 billion in these global health funds, which represents USD 1 in every five they invest, she said.

Observing that the data has been really striking about these investments, Melinda said a child born today is half as likely to die before the age of five, compared to if she was born in 2000. Human and economic benefits of this are just enormous.

"This incredible return on investment is why we're committed to funding these mechanisms in the future. The next two years is a really critical time for these mechanisms.

"Donors will come together in France in October to replenish the Global Fund, and next year, they'll focus, then, on GAVI after that," Melinda said.

As such this year in 2019, the Gates couple, she said, will be talking a lot the impact they have seen from these funds to date and the impact they could have over the next 15 years.

Bill said all these institutions have made tremendous contribution to global health.

These institutions faced lots of problems trying to get the prices down, try to get the supply to be reliable, trying to get out, deliver to some of the toughest places in the world, including extremely rural areas with no infrastructure, including places like Pakistan and Afghanistan, where there are areas where war is taking place, he said.

Over the next 18 months, all these institutions are kind of a critical point where the level of distraction by domestic issues or issues that are confined to the rich world do make them somewhat concerned that the great success story here and the need to renew these resources may not get the attention it deserves, he said.

The first to go on this is the Global Fund, which just announced the USD 14-billion investment case for its sixth replenishment last week. The actual replenishment will take place in October in France under President Emanuel Macron's leadership, he said.

"We are really excited to see the ambitious plan they have there and hope we can get either close to or get to that number," Bill added.

‘What an achievement’: US lawmakers hail India as it achieves 100-crore COVID-19 vaccine milestone