and so it goes, on loop.

This new song is stuck in our heads — and we only just heard it minutes ago!

If you're wondering what it is, this new song — Hawa Aane De — is the newest release by the Ministry of Environment, Forest and Climate Change for World Environment Day on 5 June.  The theme for this year, set by the United Nations Environment Programme, is Air Pollution — a much-needed theme for awareness and action in India. The Bhamla Foundation, a non-governmental organisation working across many themes including health, child rehabilitation, woman empowerment & environment awareness, has collaborated with the Ministry on the song.

The song is also seeing some big names from Bollywood, with Akshay Kumar front and centre. It's no surprise considering his past few movies have been strongly rooted in social commentary (read: Padman and Toilet). This song is the newest addition to that list.

Vicky Kaushal (read URI lead), too, makes an appearance in the video. Kapil Sharma was a bit of an oddball considering everyone featured in it, including Rajkumar Rao (of Newton fame), have shown some or the other interest in spreading a social/developmental message in the past.

Shiamak Dhawar and his troop do a bit of a jiggy in the video. Bigwigs in the Indian music industry, too, seem to have been roped in on the project. Shankar Mahadevan, Sunidhi Chauhan, Shaan and Shantanu Mukherjee have lent their voices to Hawa Aane De.

The focus of the video appears to be children and their future (we've seen a lot of climate activist from Indian children themselves, courtesy of the movement started by Greta Thunberg). With the air in India growing more toxic with each passing year from the discharge of chemical pollutants from a variety of sources, the song is a call-to-action of sorts for everyone in the nation to come together and combat the environmental challenges of our time, according to the press release from the Ministry. 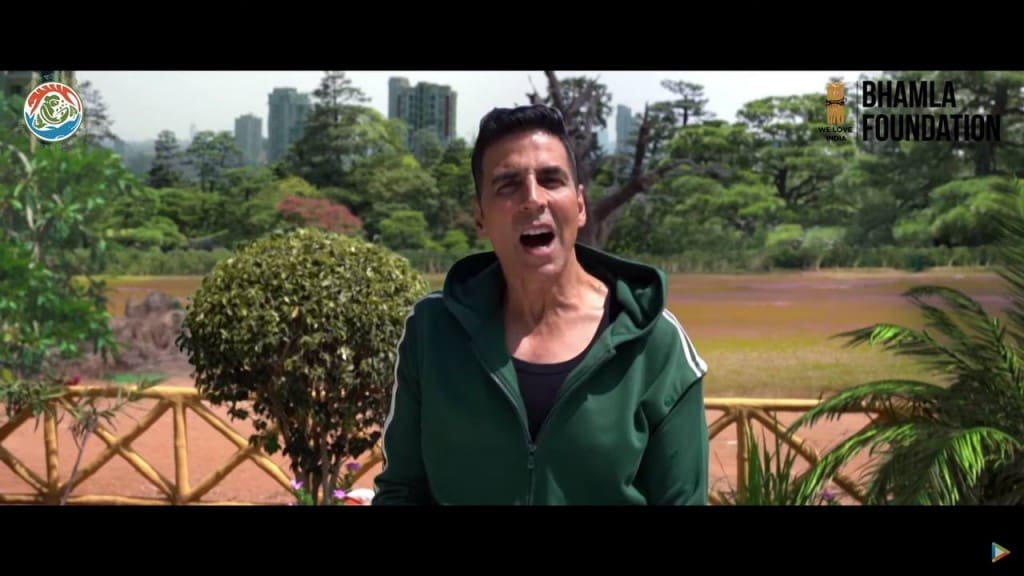 One interesting aspect of this song is the inclusion of the traffic police. They get their groove on for the song and also share a few tips to decrease air pollution. They are, after all, one of the most-affected and lesser-known victims of air pollution, what with them literally being in the thick of things for hours at a stretch.

This song is pretty catchy. It has all the elements to make it popular while also supporting a good cause.

What the masses made of Hawa Aane De

15 out of the top 20 most polluted cities of the w🌏rld are in India.

This #WorldEnvironmentDay let’s
pledge to 🎯 #BeatAirPollution

I CAN
U CAN
TOGETHER WE CAN #BeatAirPollution ✅

🎯 #CleanAir is not a luxury.#HawaAaneDe clean hawa aane de. 😷 👉😊 pic.twitter.com/8ZQs79aMZN

There's always that one person, though.

The green colour writeup on the placard is unreadable. Kindly change it before putting it in youtube.