World Alzheimer's Day 2019: Everything we know, don’t know and suspect about Alzheimer’s disease

Alzheimer’s disease is the most common form of dementia, which is an umbrella term used to describe general loss of memory, thinking skills and other day-to-day functions (such as cooking, paying bills, cleaning and even dressing).

A hallmark of Alzheimer’s disease is gradual deterioration of memory. But it is a biological disease, which means that, besides seeing outwards symptoms such as memory loss, we can also measure the breakdown that occurs in the brain as a consequence of disease progression.

Alzheimer’s is identified by the presence of two proteins in the brain, known as amyloid and tau. Amyloid proteins aggregate into sticky clumps called "plaques". And tau proteins tend to form "tangles".

While it is still unclear how amyloid and tau interact to cause the disease, these plaques and tangles seem to play a role in blocking messages between brain cells. They induce inflammation wherever they accumulate, and may gum up the transportation system that helps clear the brain of debris. 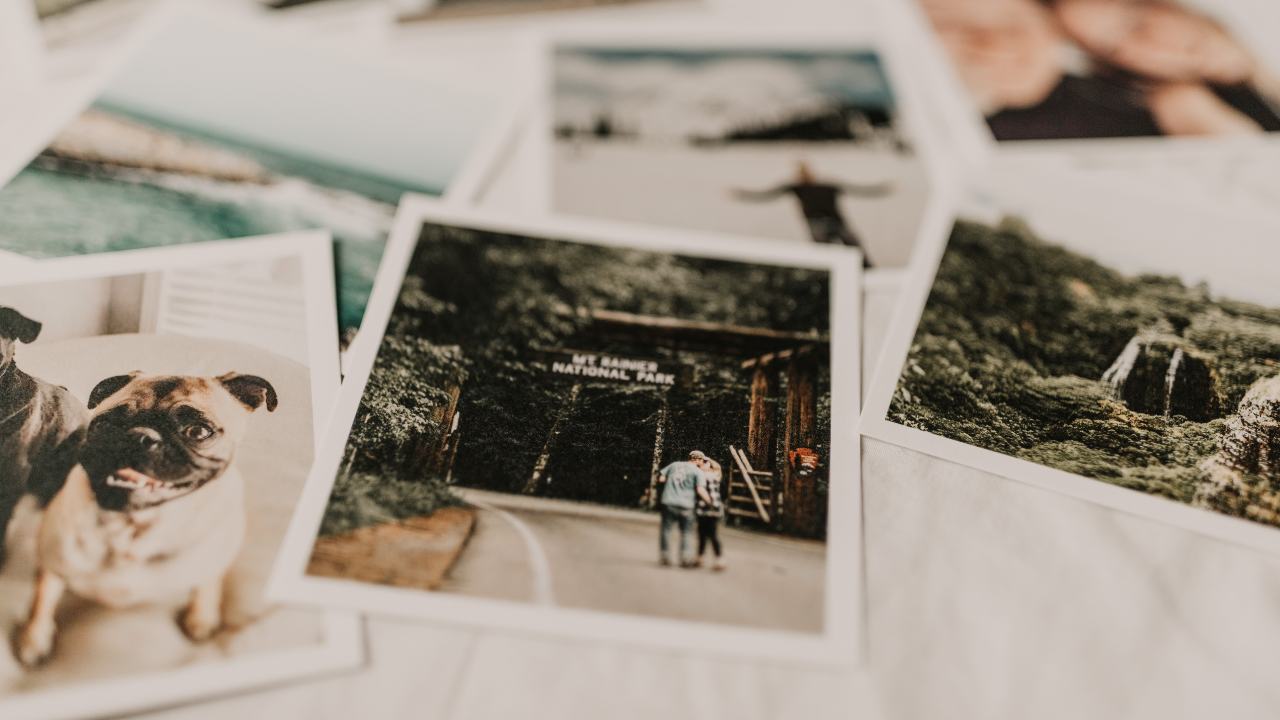 A hallmark of Alzheimer’s disease is gradual deterioration of memory.

Ultimately, the disease causes the death of brain cells. This results in an overall shrinking of brains of patients with Alzheimer’s disease. Currently, while people can be diagnosed with probable Alzheimer’s disease, a reliable diagnosis can only be made postmortem by searching for the tau and amyloid proteins.

Brain imaging techniques mean we can determine levels of these proteins in people who are still alive. However, while abnormal levels of the proteins in a healthy brain can increase the chances of developing Alzheimer’s disease, this outcome is not always guaranteed.

Knowing the biology and mechanisms behind the genesis of Alzheimer’s disease is critical for the success of future clinical trials.

The accumulation of amyloid protein in the brain is mainly found in Alzheimer’s disease, along with the way it spreads. Around 30 percent of healthy adults aged over 60 have high amyloid concentrations in their brain. It takes about 20 years before people in this group start to display dementia symptoms such as memory loss.

Tau, on the other hand, is found across a wide range of conditions. These include Alzheimer’s disease, chronic traumatic encephalopathy (a neurodegenerative disease linked to repetitive concussions and brain trauma), Niemann-Pick disease (a heritable disease that affects fat metabolism in cells) and Down Syndrome.

All Alzheimer's patients share a characteristic symptom of the disease: dementia. Dementia is an umbrella term used to describe general loss of memory, thinking skills and other day-to-day functions.

Animal studies suggest a range of tau “strains” exist, like “prions”. Prions are small, infectious and abnormally twisted (or misfolded) proteins that can affect the brain by causing normally-functioning proteins to turn into diseased copies.

This, and the fact tau proteins are present across a range of conditions, makes it hard to determine the tau strains specific to Alzheimer’s disease.

We are still in the early stages of studying tau in the brain. So far, findings suggest increased tau in memory-related areas of the brain is closely related to memory decline, even in healthy older adults.

But how amyloid plaques and tau tangles interact to influence the onset of Alzheimer’s disease remains a puzzle for researchers. Amyloid first begins to appear in the outer edges of the brain (what we call the “cortex”), which is where higher-order cognitive functions are located.

Tau first appears deep in the brain, very early in the areas of the brain stem related to sleep, arousal and vigilance, and subsequently in memory centres like the entorhinal cortex and hippocampus.

Interestingly, while high levels of amyloid plaques can be seen in healthy older adults, the plaques do not seem to affect cognitive function to the same degree as tau tangles. This has led some researchers to suggest that amyloid is necessary, but not sufficient by itself, to result in dementia symptoms.

Another big question is which comes first, amyloid or tau? A seminal autopsy study of 2,332 brains aged between ten and 90 years old showed tau appears as early as in people’s 20s and will keep accumulating across the lifespan, even in healthy people, until death.

One working hypothesis is that once amyloid appears on the scene, tau will accelerate its misfolding, which will promote more amyloid and brain cell death. A commonly used analogy is that tau represents the "gun" and amyloid the "bullet". 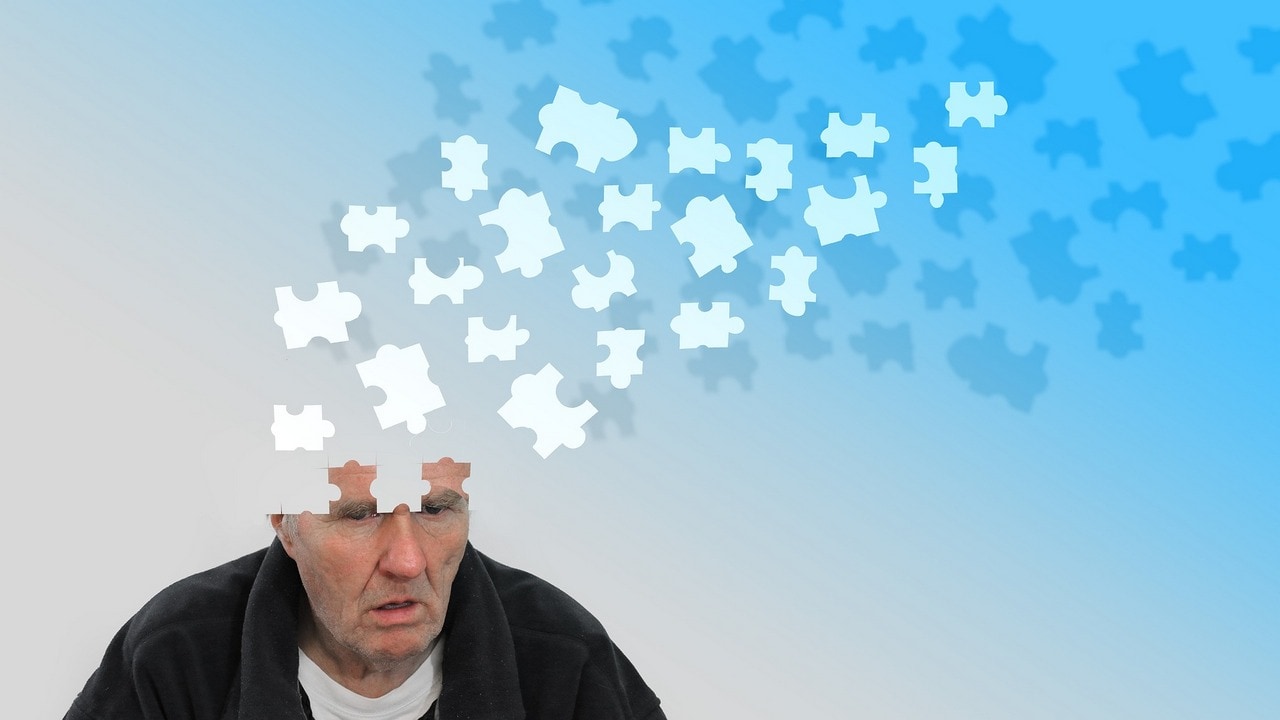 The role of genes

So how does amyloid appear on the scene in the first place? Genes may play an important role.

This results in severe loss of brain volume and memory at a devastatingly young age (approximately 40 years old). Dominantly inherited Alzheimer’s disease is rare in the Australian population, accounting for only 1 percent of all Alzheimer’s disease cases.

The strongest genetic risk factor for sporadic Alzheimer’s disease is a gene called “apolipoprotein E (APOE) ε4”, and emerging research suggests this increased risk may be due to inefficiencies in clearing amyloid from the brain. The ε4 gene is not itself predictive or diagnostic of Alzheimer’s disease. Only 40% of patients carry the ε4 gene, and many carriers do not develop the disease. In many diseases, Alzheimer's included, our genetic code has a role to play. Image: Pixabay

Diet has long been seen as a potential preventive factor against dementia risk. However, the effects of dietary supplements (such as omega-III fatty acids) and adherence to specific diets (see Mediterranean diet) have not been entirely convincing. Evidence is yet to definitively show any particular diet or supplement has a substantial effect on reducing dementia risk or even memory decline.

Some evidence links type-2 diabetes with risk of Alzheimer’s disease. But there is stronger support for an association between weight (body mass index, or BMI) and dementia.

A recent paper suggests low BMI does not cause Alzheimer’s disease but that lower BMI may arise as a result of brain changes, such as appetite suppression, that occur early due to the disease.

Some studies have also suggested Alzheimer’s disease can be known as “type 3” diabetes, as patients show poorer energy consumption in the brain. Some researchers suggest this is driven by insulin resistance. However, this a controversial area of research and study results to this effect need independent replication.

Physical activity and its link to Alzheimer's

Breaking a sweat may increase levels of a protein called the brain-derived neurotrophic factor, which induces the growth and survival of brain cells. Just as protein shakes may help muscles grow after exercise, this protein may strengthen the brain’s ability to cope with injury or disease, not just Alzheimer’s. Working out helps delay onset of Alzheimer's as well.

Sleep problems are common in patients with Alzheimer’s disease. It is likely brain regions that regulate sleep-wake cycles deteriorate, resulting in sleep disruptions.

Animal studies suggest disrupted sleep may result in increased amyloid accumulation. This is because a waste-draining system (known as the glymphatic system proposed to be involved in clearing amyloid from the brain) is significantly more active when people are asleep, and less effective during sleep disruption.

While research into the mechanisms behind sleep and amyloid clearance is still in the early stages, mounting evidence supports the idea sleep disturbances, or abnormal sleeping patterns, may be an early indicator of Alzheimer’s disease.

While the mechanisms explaining how mood might increase dementia risk remain unclear, studies suggest symptoms of anxiety or depression may be associated with factors that increase your risk of vascular conditions such as heart disease and stroke. 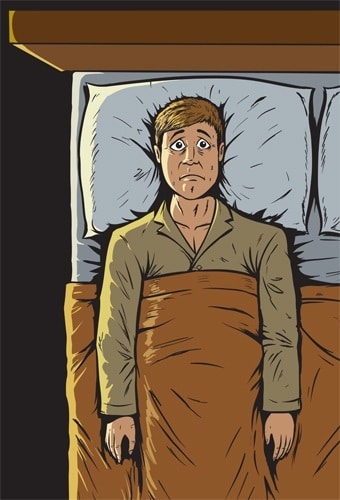 Sleep disturbance may be an early indicator of Alzheimer’s disease.

They have also been associated with increased levels of amyloid in the brain and increased inflammation.

Some people with high amyloid in their brains do not develop Alzheimer’s disease. It is suggested these people have “cognitive reserve”, which makes them able to better compensate for, or be more resilient to, increasing levels of disease in the brain.

This term “cognitive reserve” refers to any psychological and social factors (such as higher levels of education, occupational attainment or intelligence) that could increase one’s chances of compensating for disease burden.

However, other research suggests individuals with cognitive reserve are also more likely to exhibit a sudden and precipitous drop in memory performance at a later stage, unlike the “slow and steady” decline that is characteristic of most Alzheimer’s disease cases. As such, while cognitive reserve may be protective to a degree, it may simply delay disease onset.

While a cure continues to elude us, many Alzheimer’s experts now realise early diagnosis and intervention is key to stopping the disease in its tracks.

If brain shrinkage has already begun, removing amyloid from the brain is unlikely to be effective. Recent clinical trials, in which amyloid plaques were removed from the brains of Alzheimer’s disease patients, showed cognitive performance and clinical symptoms did not drastically improve over the course of the trial.

Clinical trials experts are turning their gaze to earlier stages in the disease trajectory. For instance, Australian researchers are recruiting participants for a study that will test drugs that aim to remove amyloid in healthy older adults with high levels of amyloid plaques.

Additionally, we and other scientists are trying to understand factors that contribute to amyloid accumulation, so it can be stopped before it even starts.

This involves studying middle-aged adults, and following them over a long time to determine what combinations of genetic and environmental factors put people at risk of Alzheimer’s disease, or protect them against it. If you’d like to be a part of such a study in middle-aged Australians, you can head to the Healthy Brain Project.

While the brain-training sector is worth millions of dollars annually, there is no convincing evidence that brain training (computerised programs aimed at improving your memory through games and puzzles) can result in better cognitive abilities in everyday life.

But maintaining physical, social and brain health is an important component of reducing dementia risk, which all Australians can implement in their daily lives. Learning a new language, picking up bridge, travelling and going back to study are ideal examples as they incorporate brain challenges and increase social engagement, which are both important for dynamically engaging the brain.