The Sensoria I mission will last from 4 to 18 January, when the crew will resurface from the Mars habitat.

On the slopes of the largest volcano in the world – the Mauna Loa in Hawaii – 4 January 2020 marked a huge milestone for six scientists, who embarked on their first "mission to Mars."

Their expedition isn't a traditional Mars mission but an "analog" astronaut mission, backed by venture capital. It gives scientists and explorers access and resources to study remote locations on Earth that closely resemble the terrain, features and composition of the moon or Mars. The tasks on an analog mission will be carried out just as they are in any other mission in space – except for the liftoff and landing, which are simulated inside a mock astronaut module.

A mission like this can generate important data – about the scientific objectives of the mission, and the preparedness of the astronauts and space agency to take on a mission on another world. 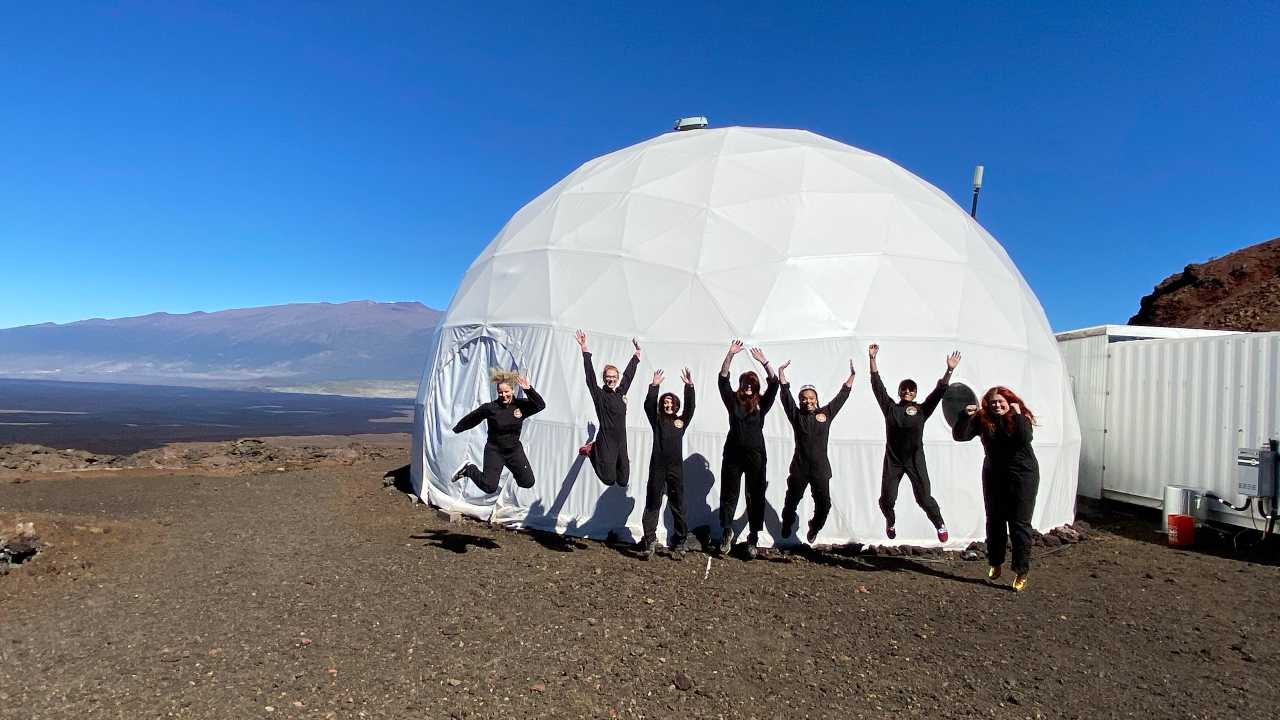 The Sensoria crew's jump for joy before entering the Mars habitat on 4 January 2020. The crew will stay in the habitat till 18 January 2020. Image: SENSORIA program

A team of six analog astronauts are expected to "lift-off" this weekend on the Sensoria I spacecraft, on the inaugural venture of the Sensoria project. The project will involve a series of missions at the Hawaii Space Exploration Analog and Simulation (HI-SEAS) – a Mars habitat analog exclusively for researchers.

Sensoria I will last from 4 to 18 January, when the crew will resurface from their "Martian" habitat. The Sensoria program has seen previous crews of researchers in the program, the upcoming Mars analog mission in January will be the first HI-SEAS astronaut crew comprising only women.

Intentionally supporting women is a big part of the Sensoria missions' vision, Erin Bonilla, the mission's vice commander and medical officer, told Space.com  Sensoria is helping them put "women at the forefront of space exploration, which has historically not been the case". A sisterhood, of sorts

"It's kind of become this sisterhood that supports one another in the space sector...professionally as well as personally," J J Hastings bioengineer and the mission's commander, told Space.com.

This is reportedly the first of many Sensoria missions to come, and while futures crews will consist of different genders, the team intends to keep women in the majority, with a concerted effort to diversify and be inclusive in the selection process.

"We, of course, will welcome with open arms our male colleagues, but we believe that women need to be placed at the center of our shared vision for space exploration, that women need to be given a platform for professional development, opportunities for research and training," Hastings added.

During the mission, the crew will also participate in a daily dance party to keep spirits high and maintain their human and cultural connections to their lives on Earth.