He said, "the greatest threat we face now is not the virus itself. Rather, it is the lack of leadership and solidarity at the global and national levels."

The World Health Organisation (WHO) has set up an independent panel that will look into the 'world's response to the COVID-19 pandemic'. This announcement was made by WHO's Director-General Tedros Adhanom Ghebreyesus on Thursday, 9 July 2020.

Former Prime Minister of New Zealand Helen Clark, who was the first female administrator of the United Nations Development Programme and former President of Liberia, will co-chair the panel along with Nobel Peace Prize recipient Ellen Johnson Sirleaf. Sirleaf was also the first female President of an African country.

The two co-chairs will elect the other panel members, as well as an independent secretariat to provide support. WHO Director-General Tedros Adhanom Ghebreyesus speaks at a press conference at the UN Office in Geneva. Image credit: UN news

The formation of this panel was announced by the World Health Assembly during its most recent meeting in May. WHO member states agreed to a resolution tabled by the European Union, which called for "an independent and comprehensive evaluation of the lessons learned from the international health response to COVID-19."

The member nations urged that an investigation be carried out to probe "the actions of WHO and their timelines pertaining to the COVID-19 pandemic."

The Independent Panel for Pandemic Preparedness and Response (IPPR) will present their 'interim report' in November to the Assembly after a Special Session of the Executive Board in September to discuss the panel's progress.

The panel will present its 'substantive report' in May 2021, at the next World Health Assembly.

"This is a time for self-reflection, to look at the world we live in and to find ways to strengthen our collaboration as we work together to save lives and bring this pandemic under control," said Dr Ghebreyesus in a statement. "The magnitude of this pandemic, which has touched virtually everyone in the world, clearly deserves a commensurate evaluation."

This investigative panel comes at a time when US President Donald Trump has accused the foremost global health agency of being partial towards China.

In May, Trump had threatened to withdraw from the WHO and stop the USA's $450 million funding. He accused the WHO of withholding information about the virus and of being "too close" to China. Trump called them China's "puppet" in spite of the US being their biggest contributor. Dr Ghebreyesus has, on his part, dismissed these accusations and said his agency kept the world informed.

On Tuesday, 7 July 2020, a WHO official confirmed that they had received a formal letter from the US giving WHO the required a one-year notice of withdrawal. The official said, "We have received reports that the US has submitted formal notification to the UN secretary-general that it is withdrawing from WHO effective 6 July 2021.” 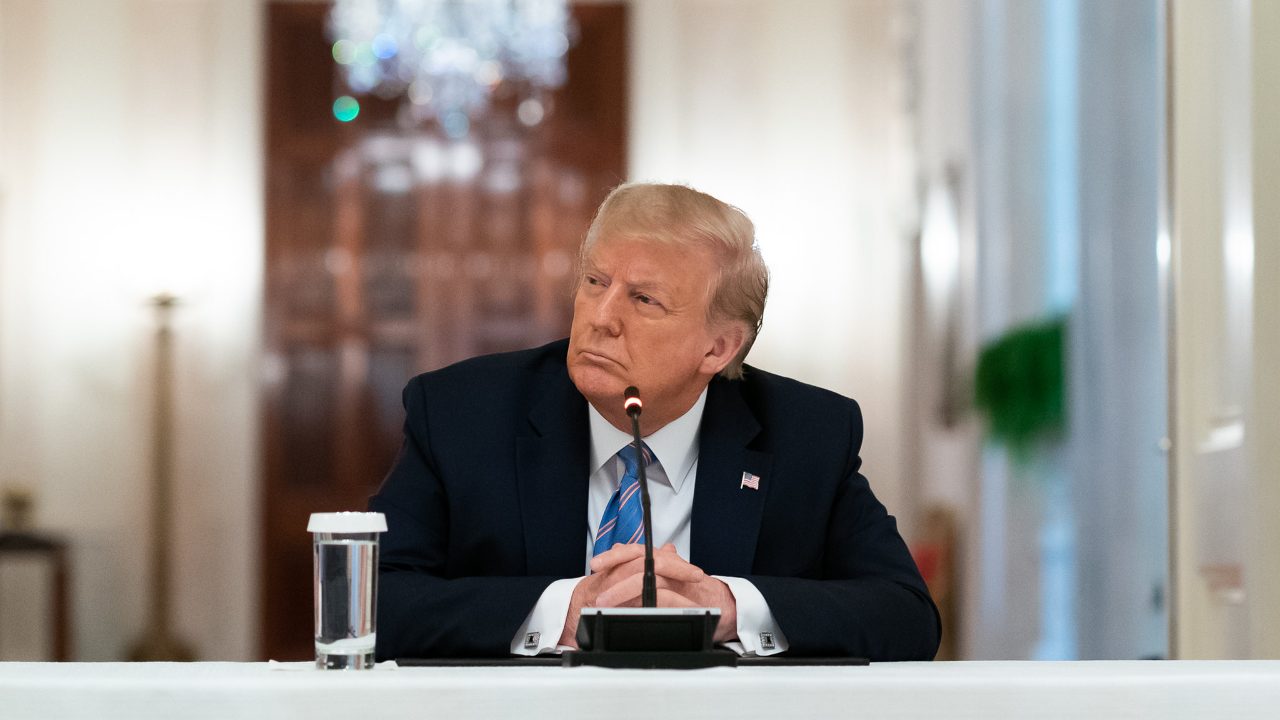 President Donald J. Trump has sent a formal letter withdrawing its participation from the WHO. Image credit: White House/Andrea Hanks/Flickr

“The President has been clear that the WHO needs to get its act together. That starts with demonstrating significant progress and the ability to prevent, detect, and respond to infectious disease outbreaks with transparency and accountability,” a senior U.S. official in Washington told Reuters on Thursday.

This seems to a practiced move on the part of President Trump, who has also pulled US participation from the Paris Agreement – at a time when climate change impacts are being seen in real-time.

The confirmation of withdrawal came at a time when the number of coronavirus cases in the US approached the big three million mark with 130,000 deaths.

Speaking of the newly formed panel, Lawrence Gostin, a professor at Georgetown Law in Washington, DC, told Reuters that it should not be "an inside job" driven by states close to the WHO, nor should it pander to what he refers to "Trump’s conspiracy theories".

The Director-General made no comment on this new update at the press briefing that followed, nor did he directly confirm that this panel is a consequence of Trump's remarks.

"The greatest threat we face now is not the virus itself. Rather, it is the lack of leadership and solidarity at the global and national levels," he said. "We cannot defeat this pandemic as a divided world. The COVID-19 pandemic is a test of global solidarity and global leadership. The virus thrives on division but is thwarted when we unite," Ghebreyesus said.

We are in the midst of the battle of our lives, and we have to do better. Not just now, but for the future. Because these threats will never stop, and in all likelihood they will get worse. Together! #COVID19

That said, he did speak to the handful of countries that have done a commendable job of getting the outbreak under control, and encouraged other countries to learn from them.

"The virus has upended health systems in some of the world’s wealthiest nations, while some countries that have mounted a successful response have been of modest means," Ghebreyesus said.

Following the approach of 'trace, test, isolate' works to stop the spread of the virus and countries that currently have low cases have proved that this method works. However, six months in and the virus has not yet been brought under control. It is, in fact, getting worse with 12,408,106 cases and 557,790 deaths worldwide, Ghebreyesus said the "pandemic is still accelerating."