Will banking on seed banks take focus away from conserving natural habitats?

The right balance needs to be struck between ex-situ & in-situ methods of conservation: Experts.

India, which has "great expertise" in the conservation of genetic resources of crop plants through seed banking, is now "rapidly" working to extend the safeguards to difficult-to-conserve (recalcitrant) seeds of wild species, threatened species, forestry and agroforestry trees.

Researchers say sophisticated techniques such as cryopreservation that complement conventional seed banking are aiding this endeavour.

"Till the recent past we were working to conserve the crop plants diversity, but now rapidly we are trying to conserve wild species which have genes of interest for future crop improvement," Anuradha Agrawal of ICAR-National Bureau of Plant Genetic Resources (ICAR-NBPGR) told Mongabay-India.

The spotlight was on crop plants that are cultivated widely and to meet the requirements of breeders who would often ask for the material to use in their breeding programmes. That is fairly well under control, said Agrawal.

"Now we intend to conserve vigorously those species which are biologically important and available as wild in nature but relatively more difficult to conserve," Agrawal said. "We always talk of complementary conservation strategies. We have farmers' fields or the forests that is in situ conservation; then we have the ex situ conservation where we remove the plants from there natural environment and bring them under controlled conditions," said Agrawal. "These can include botanical gardens, seed gene banks, tissue culture banks and cryobanks. NBPGR has also the technology of DNA banking to conserve the genes," she said.

In seed banks, seeds are dried and frozen at -20°C, whereas cryopreservation involves removing the embryo from the seed and then using liquid nitrogen to freeze it rapidly at a much colder temperature of -196°C.

Orthodox seeds are those that survive drying and/or freezing during ex situ conservation. Eight percent of all plant life produce "recalcitrant" seeds that cannot survive drying – oak, mango, avocado and cacao seeds among them.

Expanding further, Agrawal said seeds of forest trees are more difficult to collect and conserve compared to those of cultivated crops (that bear orthodox seeds) because relatively less information is available on forest trees.

"When we talk of crops which comprise domesticated plants, a lot of information is there in terms of agronomy, reproductive biology and other factors, whereas the forest trees have been relatively less studied," she said. Seeds can be pretty (and) diverse too. Image courtesy: University of Michigan

This is because species conserved in natural habitats equip themselves with the right tools to adapt to environmental changes, said Veena Gupta, Principal Scientist and Head, Division of Germplasm Conservation at ICAR-NBPGR.

"That natural resistance is lacking in gene banks. Because of climate change and its impacts on food crops, we are now preferring ex situ methods, especially for these kinds of crops. To stop their extinction we are relying on seed banks. But there should be a balance between ex situ and in situ methods," Gupta said.

For ex-situ conservation, the major advantage is that germplasm is ready-to-use and for in-situ the main advantage is that you allow nature to take its course and the plants undergo evolutionary adaptation against biotic and abiotic stresses. "So all options are complementary to each other and need to be exercised," said Agrawal.

Their observations come in the wake of a study published in Nature Plants by researchers at the Royal Botanic Gardens, Kew, that details for the first time the scale of threatened species that are unable to be conserved in seed banks.

The paper reveals that when looking at threatened species, 36 percent of "critically endangered" species produce recalcitrant seeds. This means they can't tolerate the drying process and therefore cannot be frozen, the key process they need to go through to be safely "banked". 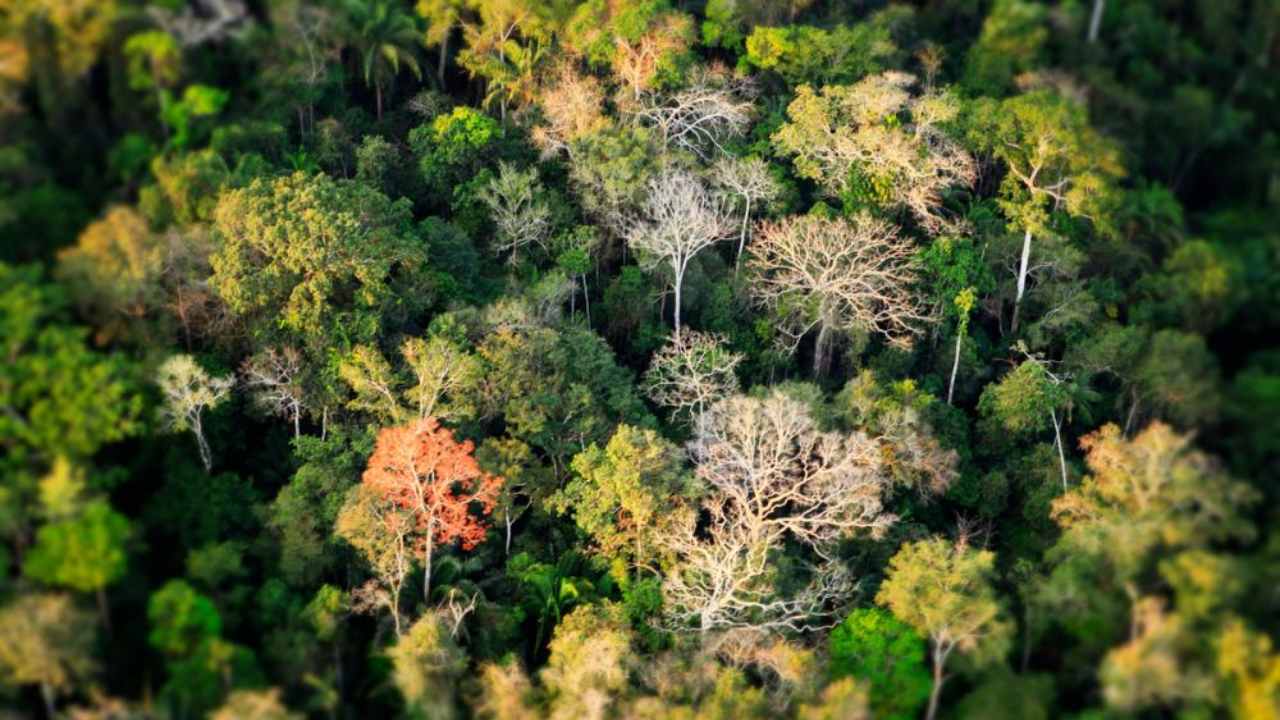 The lush greenery that comes with diversity in the tree species in the Amazon rainforest appears to be under threat from climate change. Image courtesy: WWF

This latest research shows that the scale of plants unable to be conserved in seed banks is much higher for threatened species. The issue is particularly severe for tree species, especially those in tropical moist forests where half of the canopy tree species can be unsuitable for banking.

John Dickie, head of seed and lab-based collections at Kew's Millennium Seed Bank and one of the authors of the paper, said this new data shows that we need greater international effort and investment to understand and apply alternative techniques like cryopreservation which have the potential to conserve many more species from extinction.

The study questions "whether it may even be somewhat naive and dangerous to assume that ex situ conservation is a valid means of safeguarding a high proportion of threatened tropical moist forest trees from extinction". The researchers write in the paper: "In-situ conservation may be the only feasible tool in the conservation toolbox for many such plants."

Explaining this, Dickie said while ex-situ conservation in conventional seed banking is a very cost-effective back-up, it is of concern to note that certain people think in situ (in natural habitats) conservation can be ignored because ex-situ options exist.

In the India context, Dickie suggests highlighting the species that are likely to be a bit more difficult to bank and to extend the existing cryopreservation facilities and research that already exist in India to these recalcitrant species.

Given the complications and challenges associated with cryopreservation and looking at India's vast biodiversity, chunks of which are still unexplored in northeast India and Western Ghats, Dickie emphasised that it is a question of balance and priorities.